Notice: amp_is_available was called incorrectly. `amp_is_available()` (or `amp_is_request()`, formerly `is_amp_endpoint()`) was called too early and so it will not work properly. WordPress is currently doing the `pre_get_posts` hook. Calling this function before the `wp` action means it will not have access to `WP_Query` and the queried object to determine if it is an AMP response, thus neither the `amp_skip_post()` filter nor the AMP enabled toggle will be considered. It appears the theme with slug `publisher` is responsible; please contact the author. Please see Debugging in WordPress for more information. (This message was added in version 2.0.0.) in /home/runcloud/webapps/techilive/wp-includes/functions.php on line 5313
 Modeling dynamic instability in tractors - TechiLive.in 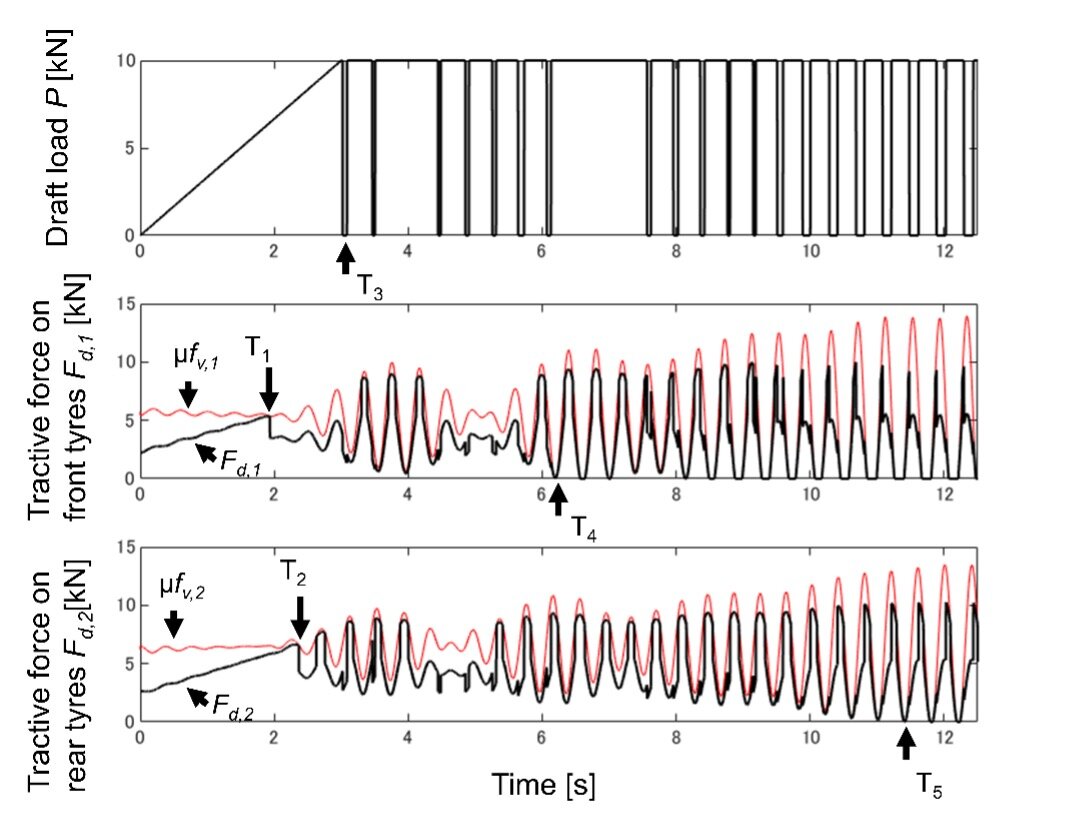 Researchers at Tokyo University of Agriculture and Technology (TUAT) modeled the dynamic instability—the so-called ‘power hop’—that can cause uncontrollable bouncing and damage tractors when they plow dry ground. The team found that self-excited oscillations can arise when the tractor pushes against the ground.

Plowing a field on a tractor may seem like a serene occupation, but sudden vibrations can grow unexpectedly and threaten to topple you under certain conditions. The problem is that in nonlinear systems with coupled components, as with a mechanical tractor, small shakes can grow exponentially until they become large oscillations. For tractors, this is called a ‘power hop.’ To better understand this potentially hazardous situation, researchers at TUAT simulated equations corresponding to the vertical, longitudinal, and pitching motion of the tractor.

“Our model reflects dynamics such as bouncing, stick-slip friction, and free-play, which were missing from some previous attempts to model this complex system,” first author Masahisa Watanabe says. The equations were simulated using the fourth-order Runge-Kutta method on a millisecond scale.

In the numerical simulation using the developed model, power hop occurrence mechanism was described in the following figure.

This approach allowed the researchers to construct bifurcation diagrams showing regions of stability and when power hop dynamics began. The model showed that power hop can occur based on the drawbar pull, soil, and tire conditions.

The highest risk of power hop involved situations with high-draft loads on dry soil. That is, a dangerous feedback loop started during bouncing, leading to complete loss of traction with the ground. The model was even able to explain why this instability is much more likely to occur in four-wheel drive tractors. “The results we obtained agree with conventional wisdom from farmers about power hops, as well as with previous experiments,” senior author Kenshi Sakai says. Nonlinear coupling between moving parts can happen in many industrial settings, and understanding how to avoid chaotic dynamics or uncontrolled vibrations can lead to safer factories and farms.

Mathematics to keep farmers on track

Provided by
Tokyo University of Agriculture and Technology

Citation:
Modeling dynamic instability in tractors (2021, May 4)
retrieved 8 May 2021
from https://techxplore.com/news/2021-05-dynamic-instability-tractors.html

Loading...
Denial of responsibility! TechiLive.in is an automatic aggregator around the global media. All the content are available free on Internet. We have just arranged it in one platform for educational purpose only. In each content, the hyperlink to the primary source is specified. All trademarks belong to their rightful owners, all materials to their authors. If you are the owner of the content and do not want us to publish your materials on our website, please contact us by email – admin@techilive.in. The content will be deleted within 24 hours.
Dynamicgadget updateinstabilityModelingtech newstech updatetechi livetractors
0
Share