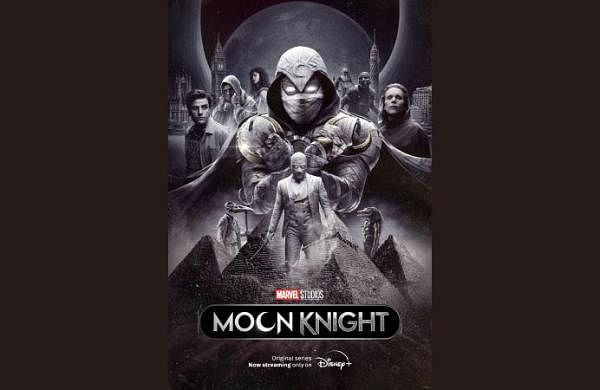 ‘Moon Knight’: Imperfect yet intriguing, just like its titular hero

Life is a circle and no other superhero character in recent times has established it as much as Moon Knight has in the last six weeks. Since Moon Knight isn’t one of the regular superheroes Marvel has constantly fed our minds with in the last 14 years, it’s no wonder that this character gets introduced in a series and not a film. Who’d have thought that at the end of six episodes, a talking hippopotamus will be my favourite character in MCU’s first entry in the fourth phase, which also had its first Egyptian superhero (not talking about Moon Knight)?

Macroscopically, Moon Knight is yet another story of a hero with superpowers who has to fight his way through obstacles in order to stop the villain from killing innocent lives. Zoom in a little and you will notice how a man with dissociative identity disorder gets thrown into a mystery involving Egyptian gods. Not only does he have to battle the more powerful evil cult leader Arthur Harrow (Ethan Hawke) but our titular hero, known to mortals as Marc Spector (played by an excellent Oscar Isaac), has to also fight the mind games that he plays with his alter egos and the Egyptian moon god Khonshu himself.
MCU, in their last few films and series, have often touched upon mental health. We had Wanda from WandaVision dealing with grief, Thor from Endgame had depression, and over the years, we had a bunch of heroes suffering from PTSD. Thena from The Eternals even suffered from a fictional dementia-like condition named Mahd Wy’ry.

But in Moon Knight, Spector’s dissociative identity disorder ends up becoming the reason why Khonshu chose him to be his avatar. It’s the building block of the character and the driving force of the series itself. Apart from using it as a tool of narration, the disorder’s portrayal by Oscar Isaac makes for one of the best performances in a franchise that’s not specifically known for giving out… great performances. Isaac plays Spector, a mercenary whose life is saved by Khonshu in return for being the god’s manifestation and can turn into the white-cloaked warrior Moon Knight when needed. But instead of knowing this in the very first episode, we are introduced to one of his alters, Steven Grant, a mild-mannered, well-read museum staff with a British accent, who can turn into Mr Knight — Moon Knight in a white suit and with Grant’s persona. The bigger picture has them trying to stop Harrow from resurrecting another Egyptian goddess Ammit who can “purge humanity of evil by wiping out everyone who has or will commit evil deeds.” Throw into this mess another character in the form of Spector’s wife, Layla (May Calamawy) who is unaware of Grant’s existence, and what we get is the usual cat and mouse game set in a contemporary backdrop that’s interesting for both the fan of the comic book character and those hearing Moon Knight’s name for the first time.

Egyptian filmmaker Mohamed Diab who has directed 4 of the 6 episodes brings in the much-needed Egyptian authenticity and introduces us to a new world within the confines of the known tales of pharaohs and pyramids. We learn a little about The Ennead (nine deities in Egyptian mythology), scarabs, ushabti (funerary figurine), Heka priests, Duat (the Egyptian underworld) and how they are related to queen Nefertiti and fictitiously, even to Alexander the Great. The new setting gives a fresh appeal to an otherwise straightforward story. What also works in favour of this series is Isaac’s acting prowess with which he adds a thick coat of distinct characteristics to the multiple alters that Spector sports.

Be it the slang that changes from being cocky while Spector is in control of the body to naive and sweet when Grant is in charge, to the body language that distinguishes the two characters who are from opposite ends of the spectrum, Isaac aces the roles. The actor, who was recently seen in Dune, is no stranger to franchises or superhero films — he has played Apocalypse in 2016’s X-Men: Apocalypse and X-wing fighter pilot Poe Dameron in the Star Wars sequel trilogy films. He even did a voice cameo in Spider-Man: Into the Spider-Verse. Hence, it’s no surprise that the actor could pull off the gravitas of the titular character while also maintaining the light-heartedness and humour Grant involuntarily brings to the table.

Moon Knight is a new benchmark in the MCU when it comes to easter eggs and references and the backdrop of the very first episode — the one we circle back to in the final one — ends up being expository to the series itself. For example, the fish tank in Grant’s house and the random objects placed as decors inside it are locations where the rest of the episodes take place. The fish itself — a one-finned clownfish — which we later see as a drawing by a young Spector, is a reference to Nemo from Disney’s Finding Nemo. There are also the MCU-styled ones like referencing Taweret, the Egyptian goddess of childbirth and fertility, as a Hippo toy in the first episode. Keep an eye on the number of reflections you see of Spector and every time it’s not one, it’s the number of personalities he has within him, which is, spoiler alert: not just two. There’s even a QR code in each episode and scanning them would redirect to a site that offers free digital comics. The series also gives a nod to the Ancestral Plane that was introduced in the Black Panther.

Looks like some of us can learn a thing or two about different mythologies, ideologies and cultures living in harmony from the MCU. Similarly, the series is also loyal to the source material when it comes to Spector’s religious beliefs and we get to know that he is Jewish. It’s nice to know that representation has become one of the key USPs of the studio and it’s no wonder that we will soon see Marvel’s first Muslim superhero Kamala Khan as Ms Marvel when the new series premieres next month. Getting back to Taweret, the hippo-shaped goddess will surely find a place in the list of CG characters that you are sure to love. Wish we got to see more of what happens after she chooses Layla as her avatar.

On the flip side, we really don’t get to see much of Moon Knight as much as what we would want. It reminded me of the limited screen time Godzilla infamously had in the 2014 film monster film. While the series was promised to take a darker route when it comes to action, the action sequences themselves were limited. The VFX is also not on par with the quality we have come to expect from this franchise.
After a brilliant two-episode run, the fast pace of the series takes a backseat for the rest of the season until the finale where the stakes were high along with the action. Be it games, films or even just the MCU, there’s something gratifying to see two gods fighting. Moon Knight is a character I would love to see more of and with a second season yet to be greenlit, we can be sure that the studio will surprise us with a mention or appearance in one of their upcoming films. Mahershala Ali’s Blade would be a good film to see Moon Knight on the big screen!

While this series doesn’t have a plot as complex and intriguing as WandaVision or the grandeur and surprises that Loki enthralled us with, Moon Knight, with all its flaws and tonal inconsistencies, is still miles ahead of the Hawkeyes and The Falcon and the Winter Soldiers of MCU. Moon Knight aimed for the stars but settles neatly at the moon.

Denial of responsibility! TechiLive.in is an automatic aggregator around the global media. All the content are available free on Internet. We have just arranged it in one platform for educational purpose only. In each content, the hyperlink to the primary source is specified. All trademarks belong to their rightful owners, all materials to their authors. If you are the owner of the content and do not want us to publish your materials on our website, please contact us by email – [email protected]. The content will be deleted within 24 hours.
Disney + Hotstarentertainment newsEntertainment updateEthan HawkeheroimperfectintriguingKnight
Share

PNB SO Recruitment 2022: Last date to apply for 145 posts on pnbindia.in