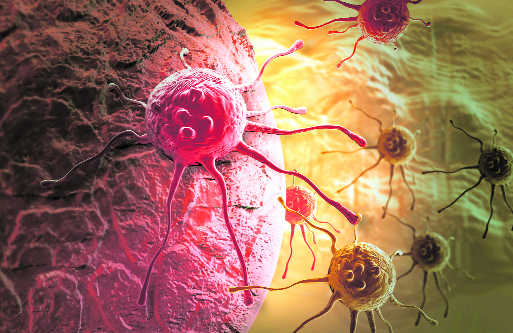 More boys with cancer being diagnosed than girls in India: Lancet study

More boys than girls with cancer in India are being diagnosed with the disease and the probable cause for this is gender bias in society, according to a study published in The Lancet Oncology.

The researchers collected individual data of children aged 0-19 years with cancer extracted from the hospital-based records of three cancer centres in India between January 1, 2005, and December 31, 2019.

The researchers from All India Institute of Medical Sciences, New Delhi and Cancer Institute (WIA) Chennai calculated the male to female sex ratio from the three hospitals in the context of the ratio in the corresponding PBCRs.

The team separately analysed the male to female ratios of patients undergoing stem cell transplant which is a comparatively expensive procedure used in cancer care.

“We observed that among nearly 11,000 patients registered in the PBCRs, there was significant skew in favour of boys for getting diagnosed with cancer. Similarly, among the 22,000 children with cancer enrolled in the three hospitals, we saw that more boys were seeking treatment than girls,” said professor Sameer Bakhshi, from Department of Medical Oncology, AIIMS, New Delhi.

“However, when we looked at sex ratios among patients seeking cancer care in the context of sex ratios at diagnosis, the skew in sex ratios was no longer apparent. This tells us that the bias towards boys originates at the community level. Once children are brought forward and diagnosed, there is no further gender bias in seeking treatment,” Bakhshi, the corresponding author of the study, told PTI.

The researchers noted that lesser girls were seeking treatment in hospitals in centres in northern India as compared to southern India.

The disparity between the genders was more for patients coming from the rural as compared to the urban areas. This may have to do with variations in social fabric in different parts of the country, they said.

The study also found that lesser number of girls were coming to the hospital if the distance of the centre from their home was over 100 km, signifying that if costs related to treatment increase, the bias would likely increase.

The researchers observed that the male to female ratios in Delhi have been improving over the last 15 years.

“The study clearly shows that more boys with cancer are being diagnosed than girls and the probable cause for this is gender bias in society,” Bakhshi said.

“Symptomatic girls might not be brought forward for evaluation and diagnosis, leading to fewer cancer diagnoses in girls. The nature of societal mind set affects this bias since we see that societies that are more patriarchal (like that in north of India) show a greater bias,” he explained.

Sex ratios are also affected by the cost of treatment. The researchers saw that less girls seek cancer care in situations where out-of-pocket expenditures are higher such as when obtaining care from private hospitals or residing far from the treatment centre.

This implies that the gender bias observed is an interplay of multiple social and economic factors.

The researchers noted that the first step in solving any problem is to first recognise it, which this study does.

To overcome the bias, joint efforts are needed towards bringing about a change in the mindset of the population as well as decreasing the cost of treatment borne by patients, especially for girl children.

“We will have to use education as a tool to do away with the patriarchal mind set of society. From our data, we believe that if free treatment is provided for cancer to girl children, it will help in reducing the sex disparity in seeking care for cancer,” Bakhshi added.

Denial of responsibility! TechiLive.in is an automatic aggregator around the global media. All the content are available free on Internet. We have just arranged it in one platform for educational purpose only. In each content, the hyperlink to the primary source is specified. All trademarks belong to their rightful owners, all materials to their authors. If you are the owner of the content and do not want us to publish your materials on our website, please contact us by email – [email protected]. The content will be deleted within 24 hours.
boyscancerdiagnosedGirlsHealth newsHealth updateIndiaLancet
Share

Fans in Russia groove to Allu Arjun’s song from ‘Pushpa: The Rise’

Live Updates of India vs New Zealand: India opt to bowl in…

Crispr Wants to Feed the World

Here’s why Elon Musk changed his name to Mr Tweet –…