Notice: amp_is_available was called incorrectly. `amp_is_available()` (or `amp_is_request()`, formerly `is_amp_endpoint()`) was called too early and so it will not work properly. WordPress is currently doing the `pre_get_posts` hook. Calling this function before the `wp` action means it will not have access to `WP_Query` and the queried object to determine if it is an AMP response, thus neither the `amp_skip_post()` filter nor the AMP enabled toggle will be considered. It appears the theme with slug `publisher` is responsible; please contact the author. Please see Debugging in WordPress for more information. (This message was added in version 2.0.0.) in /home/runcloud/webapps/techilive/wp-includes/functions.php on line 5313
 'More Things in Heaven and Earth' book review: Ghosts of grief - TechiLive.in 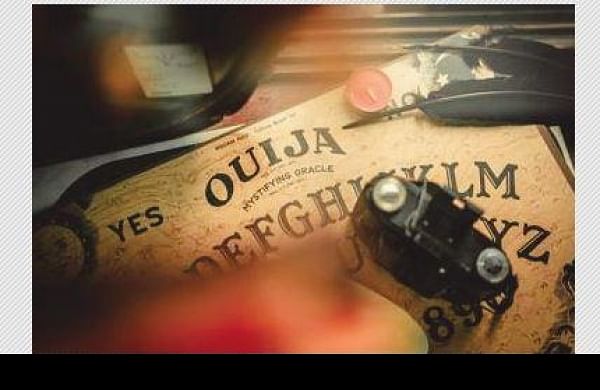 I had come here on the wind, flying in on a tiny airplane filled with tourists, honeymooners and flight attendants with expressions that could curdle milk…’ Kamla Malik, the protagonist of Kiran Manral’s new novel More Things in Heaven and Earth, always takes the weather with her everywhere she goes. Minutely observant, hyper-sensitive, electrically alive on the inside, and newly widowed, she is on her way to meet a terminally ill aunt.

She leaves Bandra, a place that demands nothing but ‘breath and the ability to pay one’s bills’, and reaches Goa, where she seeks refuge in ‘the warm wood of the pews and the soft, melting eyes of the statue of Mother Mary’. Restless and footloose, Kamla lulls you into thinking she is ordinary. ‘When I looked in the mirror today, I saw a stranger.  The woman staring back at me was unblinkingly confident. She had found her centre. Her eyes were calm and did not brim over with the saltiness of the soul that often anymore. She was at peace. I was at peace.’

But her late husband is hissing at her; how did he die? Lotusface, he calls her even now like he used to when he was alive, and she trembles because ‘I was Here and he was There’, where people usually maintain a stoic silence. There is mourning, besides doubts, distrust, twists and turns, and other-worldly whispers. ‘Grief is grey and damp, a marshland of emotions that sucks you in, tendrils of mist that caress you, asphyxiate you. Grieving is the journey you do alone, a penitence, a pilgrimage, an affirmation of being alive in the face of death that shadows us every waking moment.’ But Kamla is also a creature of the flesh. Takes two lovers, falls in love with one of them.

This is Manral’s third outing in the eerie ether—after The Face at the Window and Missing, Presumed Dead—and shows her growth and surety as a writer. Here is assured, confident prose penned by a writer whose dark side has started to have fun. Atmospherics are heavy, moody, and inhale you into the strangeness where intangibles and the unsaid are always present. ‘When you finally gather the courage to release what you’ve been hanging on to for a while, you realise it is not just a release, but also a relief. It frees you to find something else to hold on to, something else that was also waiting to be held.’

Kamla is more a disembodied spirit, tethered to nothing and no one. ‘The waters were getting higher every year, they told me. The world, beyond this canopy of green, ringed by the incoming sea and the outgoing river, was changing. Perhaps, here I would be safe from the change I didn’t want to be part of. Falling off the radar was easy.’ But her intentions are noble, secretly unselfish: ‘I was insulated from the world. Or perhaps, the world was insulated from me.’

More Things in Heaven and Earth is a haunting dirge, fusing heartbreak, hope and hallucinations. Loss runs softly through the pages, blurring the print. As Manral writes, ‘Grief isn’t elegant. It is messy, snot-nosed, feral, aching. A beast that slobbers into one’s sane moments and scratches the door of one’s composure insistently, demanding to be let out.’

Denial of responsibility! TechiLive.in is an automatic aggregator around the global media. All the content are available free on Internet. We have just arranged it in one platform for educational purpose only. In each content, the hyperlink to the primary source is specified. All trademarks belong to their rightful owners, all materials to their authors. If you are the owner of the content and do not want us to publish your materials on our website, please contact us by email – admin@techilive.in. The content will be deleted within 24 hours.
bookEarthGhostsgriefHeavenlifestyle newslifestyle updateMore Things in Heaven and Earth
0
Share

Phil Nevin back with Yanks after COVID-19, loss of 22 pounds