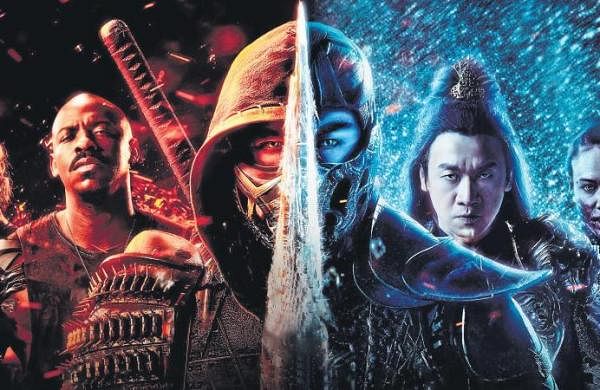 ‘Mortal Kombat’ movie review: This uninspired adaptation extracts a fatality in you

First things first. You don’t come in to watch Mortal Kombat in pursuit of high-brow entertainment. So, you don’t care that there’s no symbolism or deep commentary.

You are ready even to excuse issues like hurried character development and silly dialogue. All you want is for the film to establish reasonable explanations for why heads are being severed and arms are being ripped off.

That, after all, is the difference between a film and a video game. And of course, you hope that in this A-certified film, the violence will be inventive, graphic, and as cathartic as it is in the game.

It’s a big problem in this latest film whose action, save for some, er, cool Sub-Zero moves, largely feels unmemorable. There’s blood and knives and monsters and more blood, but all you really remember are Sub-Zero’s icicles.

Films like this don’t seem to understand that gratification from action sequences is often a consequence of the buildup preceding it. This film’s idea of build-up is to move from one rushed introduction to another, leaving you apathetic towards them all.

As with the first film, Mortal Kombat (1995), there’s talk about a tournament in which the chosen contestants from Earth, under the guidance of Raiden, are to fight ‘outworld’ champions, led by the evil Shang Tsung.

The ceremonial introductions then kick off, but unlike in the original film, this one never really gets to the actual tournament. You see, Shang Tsung and team intend to off Earth’s mightiest well before the tournament, so they can win by default.

While these futile assassination attempts are being made, the film ambles from one mediocre conversation to another, filling up emptiness with mirthless chatter. Kano (Josh Lawson) tries his best to lighten up interactions with humour, but save for a line or two, the attempts largely feel desperate.

Cole Young (Lewis Tan) is this film’s main character, as Liu Kang was in the 1995 film, but the protagonist’s distress in this film, caused largely due to his inability to discover his superpower, feels less like an emotional problem and more like a tantrum.

Raiden (Tadanobu Asano) plays a version of the Tamil cinema policeman, often making guest appearances just after the fighting is done. He has no real guidance to offer either and looks understandably irritated.

The dialogues are starved of wit and purpose, and often end up communicating the obvious. For lack of humour or bite, they come across as annoying distractions that simply delay the next stunt scene—which, let’s face it, is the only real reason you watch this film.

A character arrives to finish off Cole’s family and declares, “Now, you will die with your family.”

The trash-talking is dreadful. Perhaps that’s why the wise Raiden teleports Shang Tsung towards the end, and says, “He talks too much.” The problem is, even this line feels too much.

Among the joys of watching a video game adaptation are those moments that pay homage to the source material. Scorpion screaming, “Get over here!”, Kano declaring, “Flawless victory!”, Kung Lao saying, “Fatality!” … All these moments feel only cursory in this film like director Simon McQuoid were simply checking off a list.

I liked that the film attempts to delve into some back stories, like that of Jax, Johnny Cage… but the stories themselves offer neither emotional payoffs nor consistent visual gratification. In this pretty unintelligent film, I did spot one analogy. Shang Tsung sucking the soul off one of the fighters felt like a representation of what this film was doing to me.

Walking out, listless and sapped dry of life force, it felt like my time might have been better spent watching a YouTube compilation of Mortal Kombat fatalities.

Loading...
Denial of responsibility! TechiLive.in is an automatic aggregator around the global media. All the content are available free on Internet. We have just arranged it in one platform for educational purpose only. In each content, the hyperlink to the primary source is specified. All trademarks belong to their rightful owners, all materials to their authors. If you are the owner of the content and do not want us to publish your materials on our website, please contact us by email – [email protected]. The content will be deleted within 24 hours.
adaptationextractsentertainment newsEntertainment updatefatalityKombatMortalmortal kombatMortal Kombat Film Review
0
Share