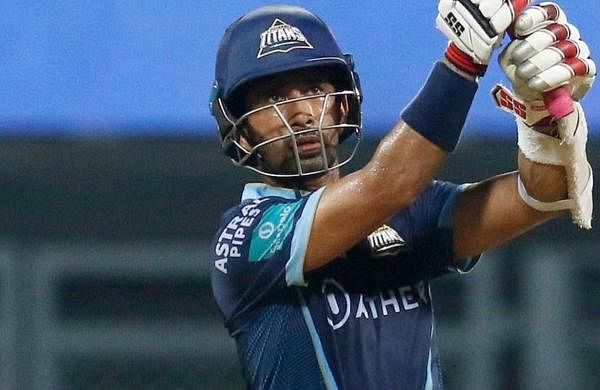 KOLKATA: The hurt and disillusionment was palpable as a disgruntled India wicketkeeper-batter Wriddhiman Saha on Monday called the Motera Stadium his new “home ground”, having played all his life at the iconic Eden Garden.

It would not have been easy for the Gujarat Titans glovesman to return to the venue, where he made a dream Ranji debut with a hundred in 2007, but won’t play for the state after a run-in with the establishment.

Saha is seeking an exit from Bengal domestic cricket after a CAB official questioned his commitment for state Ranji team. “Here, I’m representing Gujarat so my home ground is Motera Stadium, I believe in that. Since I’m no longer with KKR, the Eden is not my home,” Saha said in a virtual media interaction ahead of their IPL Qualifier One clash against Rajasthan Royals.

While he called Motera his home ground, ironically, not a single match of the ongoing IPL has been played in Ahmedabad till now. Asked whether he would be seen playing for Bengal at the Eden again, the 37-year-old said: “I’m not able to answer the second part of your question. I might have played a lot of games here in the past but I’m here to play an away game.”

The veteran stumper Saha was at loggerheads with the establishment of Cricket Association of Bengal after they named him for the Ranji Trophy quarter final against Jharkhand without his consent. Saha was annoyed that CAB assistant secretary Debabrata Das questioned his commitment after he pulled out of Ranji league stage.

Saha is peeved that his state association has not supported him during his ‘tough times’. He has verbally sought an no-objection certificate (NOC) from CAB to quit Bengal.

Saha is currently enjoying a purple patch with the bat in the IPL with 312 runs from nine matches, including three half-centuries. He was not picked for the Indian Test team with head coach Rahul Dravid conveying him that they were looking for a younger second keeper along Rishabh Pant.

A furious Saha had then vented his ire at both BCCI President Sourav Ganguly and Dravid. So it came as no surprise that Saha was not picked in the squad for the one-off series deciding Test against England in Edgbaston in June.

Saha said he does not want to think much about Team India selection anymore and his repeated snubs. “It’s always team first for me and not individual performance. I don’t think about (India team) selection as we are here to play the Qualifier One. All our focus is on the match,” Saha said on the eve of their IPL Qualifier One against Rajasthan Royals at Eden Gardens.

“My main target always is to contribute in batting, keeping in every match that I play in and take the team over the line. That’s my first priority and it’s always a bonus to reach a personal milestone — fifty or 100,” he added.

Talking about his rich vein of form, Saha said he’s relishing batting at the top. “The role given to me here suits me the best. I love to go all out, and take some risks in the first six overs. I’ve played in the qualifier, IPL final in the past. I’m aware of the environment, but it’s just another match for us. Won’t do anything extra, that’s our planning,” he said.

Denial of responsibility! TechiLive.in is an automatic aggregator around the global media. All the content are available free on Internet. We have just arranged it in one platform for educational purpose only. In each content, the hyperlink to the primary source is specified. All trademarks belong to their rightful owners, all materials to their authors. If you are the owner of the content and do not want us to publish your materials on our website, please contact us by email – [email protected]. The content will be deleted within 24 hours.
Eden GardengroundGujaratGujarat TitanshomeIPL 15ipl 2022IPL updatesmotera
Share

Say It With Pride at Lane Bryant

Review: ‘Lyle, Lyle, Crocodile’ is a croc that…