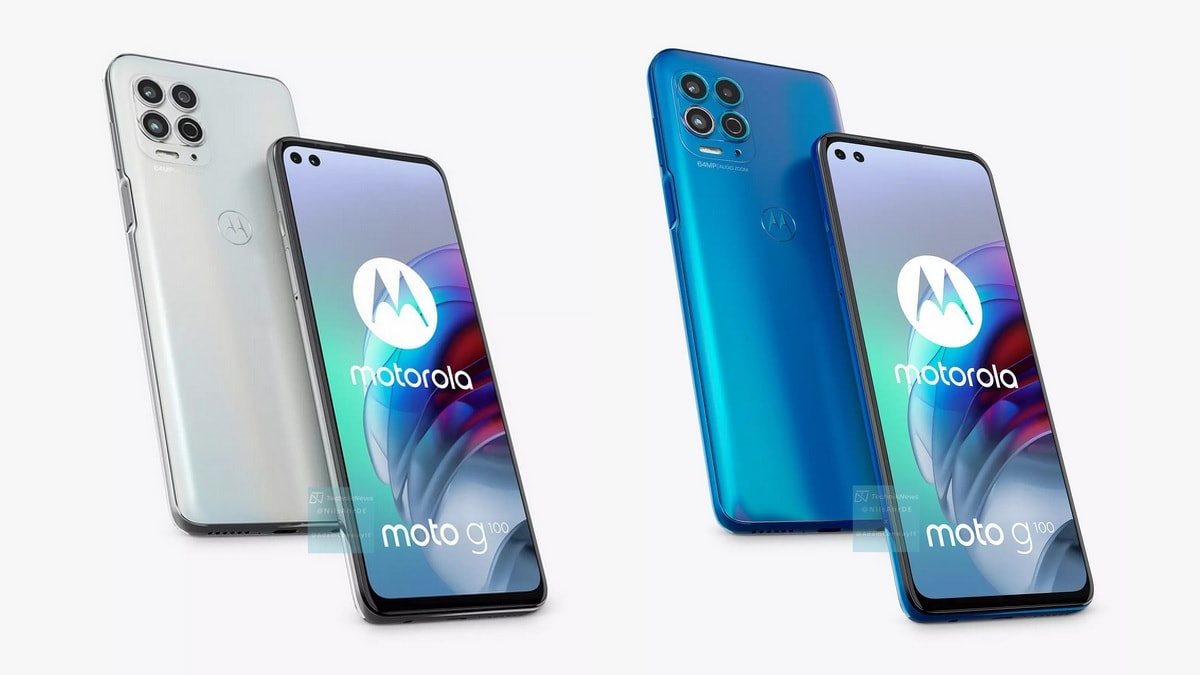 According to the renders shared by TechnikNews, the Moto G100 will have the same design as the Motorola Edge S which the company already launched in China, in February. It has slim bezels on the side and a relatively thick chin and forehead. There are two selfie cameras on the top left corner of the display. There are independent cutouts for the selfie cameras. On the back, there is a quad rear camera setup with a flash underneath. The side-mounted fingerprint scanner can be seen as well.

The report points out that the two shared of the Moto G100 are slightly different from the Motorola Edge S. They still seem to be white and blue colours but with a different shade.

The Moto G100 is expected to be the global version of the Motorola Edge S and the company recently teased that it will be releasing a Snapdragon 870 SoC, a USB Type-C port, and a 3.5mm headphone jack. This phone is expected to be the Moto G100. Besides the processor, the Moto G100 may feature a 6.7-inch full-HD+ (1,080×2,520 pixels) display with 90Hz refresh rate. It has a quad rear camera setup that may include a 64-megapixel primary sensor, a 16-megapixel ultra-wide-angle shooter, a 2-megapixel depth sensor, and a time-of-flight (ToF) sensor. On the front, the Moto G100 could come with a 16-megapixel primary sensor and an 8-megapixel secondary sensor with an ultra-wide-angle lens.

The phone should come with up to 256GB of UFS 3.1 storage and connectivity options could include 5G, 4G LTE, Wi-Fi 6, Bluetooth 5.1, GPS/ A-GPS, NFC, USB Type-C, and a 3.5mm headphone jack. Sensors on board include an accelerometer, ambient light sensor, gyroscope, magnetometer, and a proximity sensor. The phone may also have a side-mounted fingerprint sensor. In terms of battery, the Moto G100 may pack a 5,000mAh battery that supports 20W fast charging.