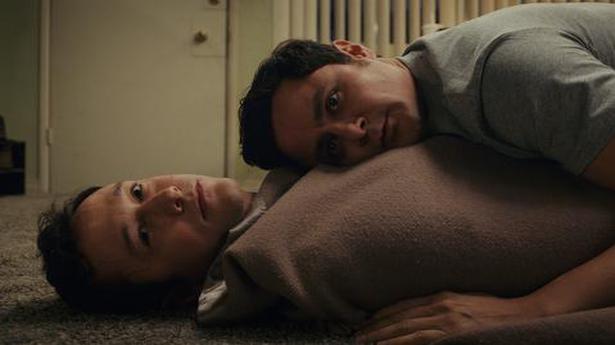 ‘Mr. Corman’ review: Of the people and the problems of the now

Entirely relevant and scarily relatable, Joseph Gordon-Levitt’s show strikes a chord, but much like its protagonist, lands at a stumbling block only to stay put

In Mr. Corman, Joseph Gordon-Levitt, who, apart from playing the titular character, has also created the show, is probed by his fifth grade student when he uses ‘female’ as an attribute to describe a historical character. This is an especially clever ploy, for it is only the first scene, but the tone and topical nature of the show bluntly cuts through.

Despite handling the situation skillfully and honestly, Joshua Corman a.k.a Josh is unsatisfied and seeks his mother’s opinion who brushes the matter under the carpet. Between these two generations, Josh is left stranded and clueless, trying to piece together a world that’s fast churning and changing around him.

In a way, Josh is the manifestation of every millennial’s worst fears. He was once a budding musician but gave up on the dream as he grew older. For an older school of thought, this decision is simply part of a realisation that comes with the age. According to them, he has chosen to do a real job by deciding to teach, and this ought to lead him to a happy life.

Not for Josh; the ‘fruits of wisdom’ seem to have evaded him, only to succumb to anxiety and panic attacks — problems plaguing his generation. Cynicism has enveloped his life, and Josh, instead of accepting the world and people for who they are, projects his vision onto them.

But that’s not just it. The show is also, in part, a telling commentary of the times. For all the progress and technological advancements, Josh struggles to find help. Climate change weighs on his mind, he resents casual relationships and fails to find meaning in others, and in a world racing towards virtual things, he yearns for a real connection.

Realising the gravity of these issues, the portions are shot grittily, using long takes and hand-held cameras. The accompanying dialogues mostly play out like arguments; be it with Josh’s roommate Victor (Arturo Castro), or his mother Ruth (Debra Winger).

And this forms just one half of the picture. The other half is the wishful thinking scenarios Josh conjures up inside his head. Unlike the drudgery of reality, his cerebral world is colorful and animated – both literally and cinematically. The variations are so stark that at one point, the plot even veers into the direction of a musical.

Tying these seemingly unrelated worlds together — using a common narrative thread — might seem implausible initially, but is done rather skillfully. However, the lack of restraint does stick out. There are prolonged stretches from Josh’s imagination that feel tedious beyond a point.

The real-time situations are no different. As Josh becomes increasingly familiar, the conflicts begin to look similar and start to resemble different iterations of the same event, merely existing to give room for the supporting characters.

This is because there are no insights or learnings for Josh to take home from his life. And that’s particularly sad, because both Gordon-Levitt and his character’s experiences are entirely relevant and scarily relatable.

If Mr. Corman’s intention was to strike a chord, it does that easily with the first couple of episodes. But much like its protagonist who hits a wall in life, the show too lands at a stumbling block only to stay put.

Denial of responsibility! TechiLive.in is an automatic aggregator around the global media. All the content are available free on Internet. We have just arranged it in one platform for educational purpose only. In each content, the hyperlink to the primary source is specified. All trademarks belong to their rightful owners, all materials to their authors. If you are the owner of the content and do not want us to publish your materials on our website, please contact us by email – [email protected]. The content will be deleted within 24 hours.
Loading...
apple tv plusCormanentertainment newsEntertainment updateJoseph Gordon-Levittmr cormanmr corman apple tv+mr corman episodes
Share