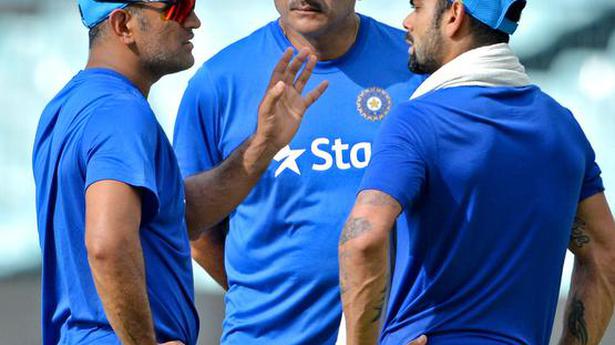 MS back in the India dugout

M.S. Dhoni will return to India’s dressing room for the first time since the 2019 World Cup semifinal. Not as a cricketer, but the most successful India captain in limited-overs’ format will take over the mantle as Team Mentor for India’s T20 World Cup campaign.

While announcing the squad for the tournament, to be hosted by the BCCI in United Arab Emirates and Oman from Oct. 17, BCCI secretary Jay Shah stressed that Dhoni has agreed to join the squad only for the marquee event.

“As far as Mahendra Dhoni is concerned, I spoke to him when I was in Dubai. He was okay with my decision and he agreed to be the mentor for Team India for the T20 World Cup only. I was discussing this particular issue with my colleagues also,” said Shah, in his first official interaction with the media after taking over as BCCI secretary in October 2019.

“I spoke to the captain and vice-captain as well as coach Ravi Shastri. They all are on the same page, so that’s why this matter has reached its conclusion.”

The timing of Dhoni’s appointment — with head coach Shastri’s tenure set to end with the T20 World Cup — will create murmurs of whether the World Cup-winning captain’s stint with the Indian team may prolong. But as Shah emphasised on, the arrangement is for the T20 World Cup only.

Dhoni’s presence will certainly be of immense help to the team management in UAE. Despite tasting unprecedented success across the globe in the Test arena, a World title has eluded the captain-coach combination of Virat Kohli and Ravi Shastri.

In fact, it was Dhoni who won India its last ICC title, the Champions Trophy, in 2013. It was the third of the World titles that Dhoni bagged as India captain before announcing his retirement from international cricket last year.

Dhoni will hope that his presence will help India regain the T20 World Cup.

Denial of responsibility! TechiLive.in is an automatic aggregator around the global media. All the content are available free on Internet. We have just arranged it in one platform for educational purpose only. In each content, the hyperlink to the primary source is specified. All trademarks belong to their rightful owners, all materials to their authors. If you are the owner of the content and do not want us to publish your materials on our website, please contact us by email – [email protected]. The content will be deleted within 24 hours.
Loading...
cricket commentarycricket updatesdugoutIndialatest cricket newsnews updatesports newssports update
Share