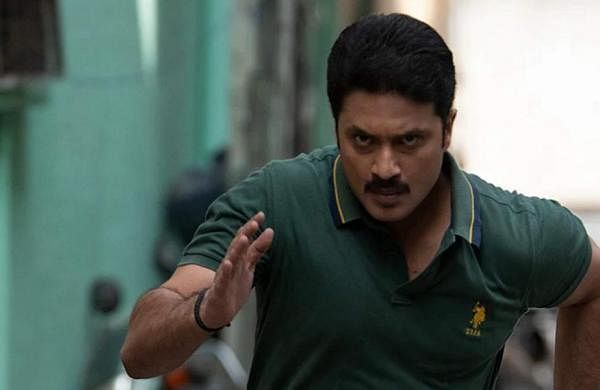 They say that after a person’s death, it is his deeds, both good and bad, that decide his legacy. Munduverada Adhyaya is a film that is based on this concept. Bala (Aditya), a police officer, is tasked with taking forward the story of people, both dead and alive, who are involved in a case.

Interestingly, the hero enters the picture only 30 minutes after the start and is entrusted with a case that is essentially about two missing people – Achari, a doctor, and journalist Sakshi. In addition, there is Vishwa Narayan, a dead contractor.

All accusations are thrown at the local MLA as the incident occurs around a medical camp he organised. Achari’s boyfriend Karan and Sakshis live-in partner Chintan also enter the fray.  Apart from these central characters, Bala also faces a few more players like inspector Sharath Iyer, a senior citizen, a cab driver/social worker, and a IIT student.

Would Bala be able to connect the dots, and find the motive behind the twin crimes of kidnap and murder? All of this unfolds in the rest of the movie.

Filmmaker Balu Chandrashekar, who has chosen murder and kidnap as the themes for his first investigative drama, is subtle and sometimes dry in his direction. There is no room for suspense as the story, centered around the victims, is recapped at regular intervals. The film would make sense even if you walk into the theatre with 30 minutes left on the clock.

Since the director is focused on keeping the proceedings real, there is very little heroics for the lead, which in turn, makes the character very ordinary. Aditya’s potential feels underutilised in the film, where several characters just make up the numbers, and even senior actors are relegated to blink-and-you-miss-it roles.

Munduverada Adhyaya is a slow-paced film that lacks thrills and action. However, it is all on the audience to choose how they want to immerse themselves into the investigative drama.

Denial of responsibility! TechiLive.in is an automatic aggregator around the global media. All the content are available free on Internet. We have just arranged it in one platform for educational purpose only. In each content, the hyperlink to the primary source is specified. All trademarks belong to their rightful owners, all materials to their authors. If you are the owner of the content and do not want us to publish your materials on our website, please contact us by email – [email protected]. The content will be deleted within 24 hours.
AdhyayaAdityaBalu Chandrashekarentertainment newsEntertainment updatemovieMunduveradaMunduverada Adhyaya
0
Share