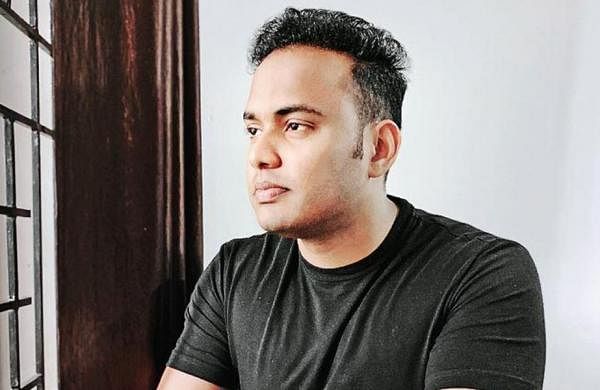 Music composer Arun Vijay and the sound of cinema

From the era of silent films, background score has been an inherent part of cinema. They add to the narrative. In fact, Kamal Haasan showed us how important a role it plays with his silent film, Pushpak. It is the background score that can effectively turn a high-powered and tense emotional scene into a light moment.

Be it action films such as The Avengers and the Star Wars franchisee or dramedies like Barfi!, the right background score can make all the difference. Bengaluru-based music composer Arun Vijay would agree.

The 30-year-old composer is in the news for his recent project, Attention Please. The Malayalam film has been receiving rave reviews from the audience and critics alike at the 25th International Film Festival of Kerala.

Directed by debutant Jithin Isaac Thomas, the film is an anthology-of-sorts with an aspiring script writer narrating five thrilling stories to his friends. “The entire film is just one frame where the struggling writer is narrating dark tales to his group of friends while they are having dinner. It was one of the most challenging projects I have worked on,” says Vijay, who collaborated with the National Film Award-winner Justin Jose on the project.

He admits that initially they were confused about how to score music for the project, as it offered limited scope. “We had to enhance the experience of the audience without the support of visuals of the thrillers that were being narrated by the protagonist,” says the composer and goes on to add that since the project was planned during the lockdown, it afforded him the luxury of time to experiment.

“From using broken buckets, sounds at construction sites, and everything that was accessible near me, I managed to develop the background score,” he recalls.

Each project is a challenge in itself as they all have different requirements and demands to help support the storyline, is what Vijay believes. “It is also equally challenging to stay at par with my counterparts. I keep honing my skills so that I stay updated with technological advancements and trends in the international market,” he says.

Growing up in the cultural hub of Palakkad, Kerala, Vijay would attend concerts and music festivals from a young age. “I got a chance to watch performances of several prominent musicians and meet them. I started learning Carnatic music and piano during my engineering college days as I was sure I wanted to be a musician,” says he.

Keeping his career in mind, he pursued a Diploma in Composition from the Royal Academy of Music, London, and a Diploma in Piano Music from Trinity College of Music, London. Soon he was called on by music director Leela Girish Kuttan in 2009 to help him arrange the sounds in the Malayalam film Orkut Oru Ormakoot. Since then, there has been no looking back.

So who does he look up to for inspiration? “Real-life experiences and people—especially non-musicians,” is the prompt reply.  “My son Abram is also a great inspiration. His emotions and innocence inspire me,” smiles the composer.

Vijay is candid enough to admit that the opportunity to work with the Oscar-winning sound designer Resul Pookutty for the Telugu feature film Praana changed his perspective towards filmmaking. Directed by VK Prakash, the film had Pookutty mentor Vijay.

“I couldn’t ask for anything more. He’s a gem of a person and taught me how important it is to always deliver keeping in mind an international audience, besides the things we shouldn’t do as a music composer,” he says.

Even though Vijay likes to almost retreat into a shell while he’s working on a project, he says connecting with people matters, “because after all music connects people”. Like many of his contemporaries, Vijay too has boarded the OTT bandwagon. He worked on the Hindi web series Cookiees, which released on Disney + Hotstar some time ago. As for what lies ahead, the music will play on, he smiles.

Denial of responsibility! TechiLive.in is an automatic aggregator around the global media. All the content are available free on Internet. We have just arranged it in one platform for educational purpose only. In each content, the hyperlink to the primary source is specified. All trademarks belong to their rightful owners, all materials to their authors. If you are the owner of the content and do not want us to publish your materials on our website, please contact us by email – [email protected]. The content will be deleted within 24 hours.
Loading...
ArunArun VijayAttention PleaseCinemacomposerentertainment newsEntertainment updateIFFK
0
Share