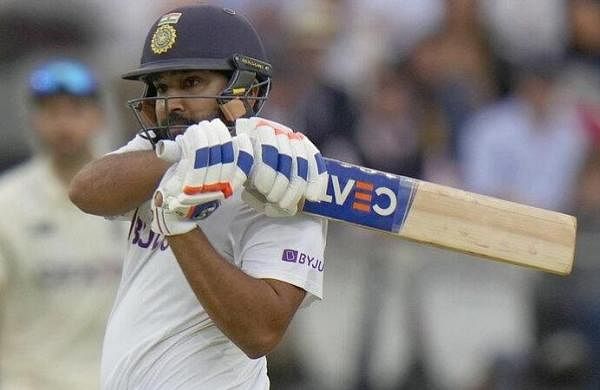 My best in Test cricket is still to come; in my eyes we won England series 2-1: Rohit Sharma

NEW DELHI: Indian men’s cricket team opener Rohit Sharma stated that his best is yet to come in Test format after having a phenomenal tour of England.

Rohit was the highest-scoring Indian as he ended up with 368 runs in four Tests at an average of 52.57 with one hundred and two fifties. The century in the fourth Test at Kennington Oval was also Rohit’s maiden overseas triple-figure mark.

“England tour was a good one for me. I won’t call it my best, because my best in Test cricket is still to come,” Rohit said in a virtual press conference organised by Adidas. Leading sportswear giant Adidas launched its ‘Impossible is Nothing’ campaign through the voice of athletes such as Rohit, Manpreet Singh, Mirabai Chanu, Simranjeet Kaur and Lovlina Borgohain.

Notably, opener Rohit was only behind England captain Joe Root in runs, who scored 564 runs in the four Tests. “I am really happy with how I batted on that tour. I will now look to take that forward and build on that success in Test cricket,” he added.

While he had a brilliant series, there was a lot of debate after the final Test had to be called off as there was a COVID-19 scare in the Indian camp. While India will play a Test on the next tour, it is yet to be decided whether it will be the continuation of the recent series or a one-off Test. Rohit feels the series is done and India has won 2-1.

“In my eyes, we have won the series (2-1). I don’t know what will happen with the final Test of the series yet — whether we will play it as a one-off Test or the series will be decided as it is. We don’t have any clarity on that yet,” the Indian opener pointed.

Denial of responsibility! TechiLive.in is an automatic aggregator around the global media. All the content are available free on Internet. We have just arranged it in one platform for educational purpose only. In each content, the hyperlink to the primary source is specified. All trademarks belong to their rightful owners, all materials to their authors. If you are the owner of the content and do not want us to publish your materials on our website, please contact us by email – [email protected]. The content will be deleted within 24 hours.
cricketenglandEyesIndia vs England SeriesIndia vs England Test seriesnews updateRohitRohit Sharma
Share

MOF: GST will be imposed on imported goods and services worth S$400 or less from 1 Jan 2023

jbl: Amazon sale: Bluetooth earphones from JBL, Boat and others available under Rs 1,000 – Times of India