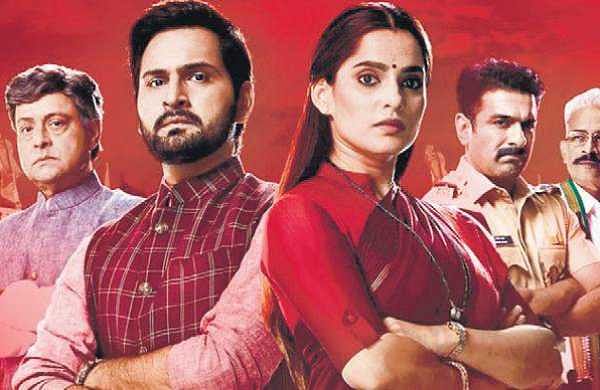 According to the makers, the latest season will showcase Poornima’s fight against patriarchy as she “locks horns with her father, to gain control over the Chief Minister position.”

Calling her character “inspiring and admirable”, Bapat said she was touched how her part appealed to the audience, especially women, who found her “empowering.”

“In the second season, audiences will see an even more daring, gritty and determined Poornima whose political ambitions take precedence over anything else. I am proud to be essaying such a strong female role who drives the narrative of the show, shatters stereotypes, and fights against all odds to strive in a male-dominated world,” Bapat said in a statement.

Kulkarni said the character of Ameya Rao Gaikwad is special to him and he is thrilled the audience will get to see more of him in the sophomore season.

The first season of the series followed the story of an assassination attempt on a powerful politician that triggered a fight between his rightful heirs – his son and his daughter.

“There’s an almost sinister quality to him which makes his desire and resolve to hold a position of power is stronger than his sense of family bonds,” the 55-year-old actor said.

“If the brother-sister battle for politics in season one was shrewd, then the father vs daughter tussle in season two is going to be doubly intense,” he added.

Kukunoor, known for acclaimed films like “Iqbal” (2005) and “Dor” (2006), said he was overwhelmed with the response to “City of Dreams” and hoped to live up to the expectations with the latest season.

“As the story of the political power battle in the Gaikwad family goes forward, I hope that we can live up to the audience’s expectations! It’s going to get murkier and personal, and the fight for power is going to destroy many households,” he said.

The show is produced by Applause Entertainment in association with Kukunoor Movies.

Denial of responsibility! TechiLive.in is an automatic aggregator around the global media. All the content are available free on Internet. We have just arranged it in one platform for educational purpose only. In each content, the hyperlink to the primary source is specified. All trademarks belong to their rightful owners, all materials to their authors. If you are the owner of the content and do not want us to publish your materials on our website, please contact us by email – [email protected]. The content will be deleted within 24 hours.
Loading...
CityCity of Dreamsdreamsentertainment newsEntertainment updateJulyKukunoorsNagesh
0
Share

CBSE Classes 10, 12 board exams for private candidates to be held on these dates