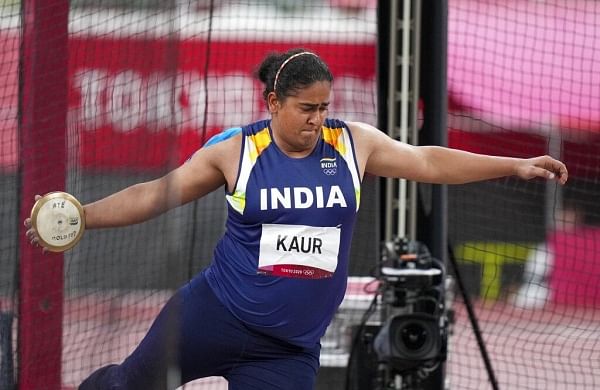 National Open Athletics Championship set to be a low-key affair

CHENNAI: The  60th National Open Athletics Championship, which will be held in Warangal, Telangana, from Wednesday to Sunday, is set to be a low-key affair with plenty of big names missing from the event. Among the Tokyo Olympians, race walker Bhawna Jat and quarter-miler Revathi Veeramani will be the only athletes participating in the five-day meet.

Both of them are employed by Railways and will represent their department in the event. Punjab’s Kamalpreet Kaur, who is an employee of Railways too, also had her name in the entry list for women’s discus throw, but she will not be taking part in the event owing to a shoulder and knee injury.

The 25-year-old national record holder has had a memorable few weeks having finished sixth at the Tokyo Olympics. She revealed that she was nursing pain in her shoulder and knee even during the marquee event.

The discus thrower is expected to return to training at the end of this month. “The focus for me will be the World Championships next year. There is also the Commonwealth Games and Asian Games, but the Worlds is the next big event that I am hoping to do well in,” she added.

For a lot of India’s athletes, it has been hard to get breathing space given the numerous felicitation events that they have had to attend since coming back from the Olympics. It has affected their plans to resume training as well.

Arokia Rajiv, who was part of the men’s 4x400m relay team that broke the Asian record but failed to qualify for the final in Tokyo, said that he wanted to spend some time with his family in Tiruchy before returning to the track for training from October onwards.

“I was away from my family for one-and-a-half years before the Olympics. I wanted to take some rest and have some family time. Once training starts, it will be back to the daily grind,” said the 30-year-old.

Tamil Nadu’s Revathi will be taking part in three events at the nationals: 400m, women’s 4x400m relay and mixed 4x400m relay. Her preparation, too, hasn’t been ideal. She joined the Railways camp in New Delhi on August 30 and has had just two weeks to prepare for this meet.

“I haven’t been able to get a lot of training. It has been an exhausting time since returning from the Olympics,” she had said a few days ago.

Denial of responsibility! TechiLive.in is an automatic aggregator around the global media. All the content are available free on Internet. We have just arranged it in one platform for educational purpose only. In each content, the hyperlink to the primary source is specified. All trademarks belong to their rightful owners, all materials to their authors. If you are the owner of the content and do not want us to publish your materials on our website, please contact us by email – [email protected]. The content will be deleted within 24 hours.
Loading...
affairAthleticsChampionshipKamalpreet KaurlowkeyNationalNational Open Athletics Championshipnews update
Share

Apple iPhone 13 launched: From price to features, all you need to know