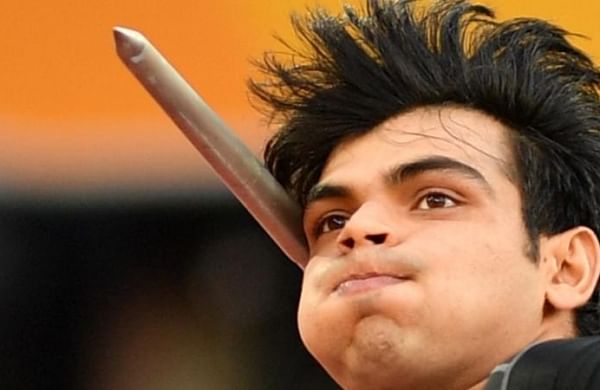 CHENNAI: It’s just been five years since Neeraj Chopra catapulted into the limelight – winning gold at the U-20 World Championship in Poland in 2016 – but the star javelin thrower has already had to overcome quite a few significant hurdles. The biggest setback till date came in 2019 when he had to miss the entire season due to an elbow injury, and it seems like the run-up to the Tokyo Olympics is testing his resolve yet again.

With COVID-19 causing havoc in India and track and field athletes unable to travel overseas for training and tournaments, Chopra is confined to the training centre at the National Institute of Sports (NIS) in the sweltering Patiala heat. While the fact that he is not able to prepare for Tokyo by taking part in international competitions is frustrating the 23-year-old, the COVID tragedy unfolding in the country has made things difficult too. Understandably then, Chopra has shut himself off from the outside world, preferring not to look at his phone or watch television at his training base.

“I have shut out all the news from outside because you only hear of COVID cases and it becomes disturbing. There is a negative atmosphere in the country with the number of cases and people dying. But I am trying to stay focused on my preparation for the Olympics,” Chopra said during a media interaction organised by Sports Authority of India (SAI) on Wednesday.

The man from Haryana looked in peak condition in March when he bettered his national record with a throw of 88.07m at the third Indian Grand Prix, but the lack of international competitions is weighing heavily on Chopra’s mind ahead of his maiden Olympics. Barring an event in South Africa in January 2020, which helped him qualify for the Olympics with a throw of 86.87m, he hasn’t taken part in a single international event since the 2018 Asian Games.

“My training is going well, but I desperately need international competitions. Because of injury, I missed out on the 2019 season entirely and plans in 2020 were affected due to Covid. It’s the same story this year. These last 2-3 years could have been my best years. It is frustrating. International competitions help you know where you stand among other athletes. Without them, what is the point of training so much? You cannot just keep training here and expect to be at your best at the Olympics on your very first occasion,” he rued.

If Neeraj isn’t able to travel to Europe for training at least in June, things are going to get considerably harder. With temperatures likely to soar in Patiala in the coming weeks, there is a risk of him suffering fatigue and tiring himself out before the Olympics.

“It is extremely difficult to train in this weather in these months. If you go outside, it becomes difficult to even stand in the heat for 5 minutes. But there is no option other than to train. That is why I have been saying that there should be an indoor track for athletics at least in Patiala. If you see the smallest of countries, they have indoor tracks. We should also have such a facility,” Neeraj felt.

Adding to Neeraj’s frustration, javelin throwers, especially from Europe, are fine-tuning their preparations with competitive action. Germany’s Johannes Vetter is tipped to win gold, and Neeraj is aware that he will have to breach the 90m mark for him to stand a chance of claiming gold

“Given the way I am training, I feel achieving a throw of 90m is within my reach. If I can get some competitions, I will be ready to achieve that this year. Vetter throws 90m or more in all his events. So if I have to win, I have to throw around 91 or 92,” Neeraj said.

If the man with the long mane can overcome the persisting problems and finish on the podium in a couple of months from now, his fear that he is losing his best years would have been safely put to rest.

Denial of responsibility! TechiLive.in is an automatic aggregator around the global media. All the content are available free on Internet. We have just arranged it in one platform for educational purpose only. In each content, the hyperlink to the primary source is specified. All trademarks belong to their rightful owners, all materials to their authors. If you are the owner of the content and do not want us to publish your materials on our website, please contact us by email – [email protected]. The content will be deleted within 24 hours.
Loading...
ChopracompetitionsInternationalJavelinNeerajNeeraj Chopranews updateOlympics
0
Share

Redmi Smartwatch launched with built-in GPS, up to 10 days battery life and more at Rs 3,999 – Times of India