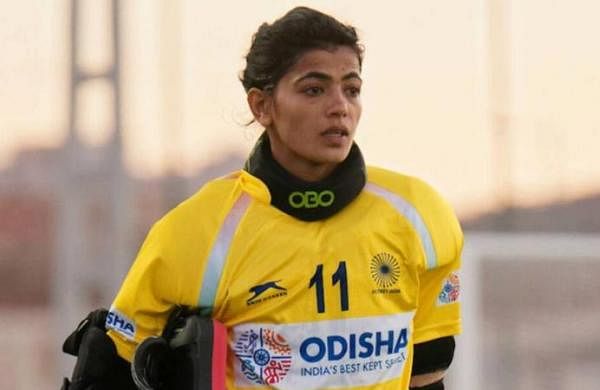 Need to win gold in Asian games, nothing else will do: Indian women’s hockey team goalkeeper Savita Punia

NEW DELHI: The Indian women’s hockey team will settle for nothing less than a gold in next year’s Asian Games to seal a direct ticket to 2024 Paris Olympics, said goalkeeper Savita Punia.

The Indian women’s team had produced a historic fourth place finish at the Tokyo Games after losing 3-4 to defending champions Great Britain and Savita said the team is focussed to do well in the upcoming events, especially Asian Games, to get over the pain of missing out on an Olympic medal.

“The whole world has supported us after our fourth place finish at Olympics but when you get so close to a medal and come back empty handed, it is a kind of pain which only athletes can understand. So we want to go tournament wise,” she said during a virtual press-conference on Thursday.

“Our main focus is on the Asia Cup, which is a World Cup qualifier and then there will be World Cup and then it will be the Asian Games.”

The last time Indian women’s team won a gold at the Asian Games was in the 1982 edition and Savita said the side will need to go all out this time after settling for a silver at the 2018 edition.

“Of course coming fourth in the Olympics took a lot of effort but just like we missed the bronze at Olympics, we had missed the gold in last Asian Games, so we need to put extra effort,” said the senior India player, who won the best goalkeeper recognition in the women’s eection in the FIH annual awards this year.

“We know how we struggled to qualify for the Olympics after missing the gold, so it will be the biggest tournament for us next year. We will need to produce a gold at the Asian Games, nothing else will do.

“Just talking about it won’t help, we will have to take responsibility individually to work on ourself and start now.”

After missing the Olympic qualification due to a silver at Jakarta, the Indian team finally qualified for the Games following a 6-5 win on aggregate over USA in the double-leg FIH Qualifiers in Bhubaneswar in 2019.

“Sometimes some players might feel that since we reached fourth in Olympics, so we will do well in the Asian Games but we know we have always had close matches against Asian teams like China, Korea, Japan.

“So our mindset should be that Asian Games will have to be the best tournament for us so that preparation for the Olympics can be easier, so that the pressure of qualifying ends and we can qualify and focus on Olympics.”

“We learnt a lot during the Olympic preparation and we have become more responsible now, it will help us,” she said.

“Now there is no one person in leadership position, it is about making everyone educate to be leaders…Fitness, mindset and self confidence — these are areas we have worked on in the last 3-4 years and it made a difference and it showed in Olympics, now we go with a different mindset in training.”

Savita also hailed the contribution of India women’s analytical coach Janneke Schopman, who took over the chief coach’s post following the departure of Sjoerd Marijne after the Olympics.

“It was a good decision for us that Janneke replaced Sjoerd because she has been with us for one and a half years now. She has worked with us off the field, especially during the COVID-19 times.”

Asked if she is stricter than Marijne, Savita said she is quite demanding.

“Everyone has own style. Sjoerd (Marijne) sometimes used to lose his cool but Janneka is demanding, she doesn’t want any excuse and she shows it with example, so everyone wants to learn from her. She pushes us to go with a set goal in our mind during training…”

Dragflicker Gurjit Kaur, who was adjudged as the best player in the women’s ection, said India needs to prepare some more penalty corner specialists.

“Deep Grace (Ekka) is doing well and I feel more players should be able to do drag flicking…lot of players are honing their skills and we will get to see in future.

Now apart from Grace, Gagan (Gagandeep Kaur) is also good in drag-flicking, she will improve day by day with practice,” she said.

Denial of responsibility! TechiLive.in is an automatic aggregator around the global media. All the content are available free on Internet. We have just arranged it in one platform for educational purpose only. In each content, the hyperlink to the primary source is specified. All trademarks belong to their rightful owners, all materials to their authors. If you are the owner of the content and do not want us to publish your materials on our website, please contact us by email – [email protected]. The content will be deleted within 24 hours.
AsianAsian GamesGamesgoldhockeyHockey IndiaIndianIndian hockey
Share

Half of global population lack access to basic diagnostics for common disease: Lancet