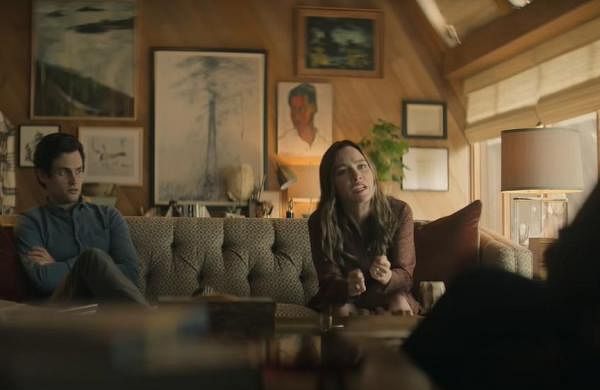 Netflix orders season four of ‘You’

LOS ANGELES: Streaming service has decided to renew its smash hit psychological thriller series “You” for a fourth season.

The renewal comes days before the premiere of the show’s third season on October 15.

Adapted from the books “You” and “Hidden Bodies” by Caroline Kepnes, “You” has been developed by Greg Berlanti and Sera Gamble.

It features Penn Badgley as Joe Goldberg, a serial killer, stalker and a former bookstore manager.

“Reading Caroline’s novel, Greg and I were instantly obsessed with Joe Goldberg and his twisted world view. And it’s been thrilling to watch Penn bring Joe to creepy yet compelling life,” Gamble, who also serves as the showrunner,” said in a statement.

“We’re deeply grateful that Netflix has shown ‘You’ such monumental support, and that people around the world have enjoyed watching Joe really get it all very wrong over the past three seasons. The whole You team is excited to explore new, dark facets of love in season four,” she added.

At the end of the second season of the drama Badgley’s Joe was already eyeing a new neighbour, despite being in a relationship with Pedretti’s character Love Quinn.

The new season will delve into the equation between Joe and Love as they are married and raising their son, Henry, in California, reported Variety.

But their family life starts to come apart as Joe starts showing interest in his next door neighbour.

The fourth season will be produced by Berlanti Productions, and Alloy Entertainment in association with Warner Bros Television.

Denial of responsibility! TechiLive.in is an automatic aggregator around the global media. All the content are available free on Internet. We have just arranged it in one platform for educational purpose only. In each content, the hyperlink to the primary source is specified. All trademarks belong to their rightful owners, all materials to their authors. If you are the owner of the content and do not want us to publish your materials on our website, please contact us by email – [email protected]. The content will be deleted within 24 hours.
Caroline Kepnesentertainment newsEntertainment updateNetflixNetflix You season 3news updateordersSeason
0
Share