Notice: amp_is_available was called incorrectly. `amp_is_available()` (or `amp_is_request()`, formerly `is_amp_endpoint()`) was called too early and so it will not work properly. WordPress is currently doing the `pre_get_posts` hook. Calling this function before the `wp` action means it will not have access to `WP_Query` and the queried object to determine if it is an AMP response, thus neither the `amp_skip_post()` filter nor the AMP enabled toggle will be considered. It appears the theme with slug `publisher` is responsible; please contact the author. Please see Debugging in WordPress for more information. (This message was added in version 2.0.0.) in /home/runcloud/webapps/techilive/wp-includes/functions.php on line 5313
 New poll finds half of Japanese back Olympics this summer amid COVID - TechiLive.in 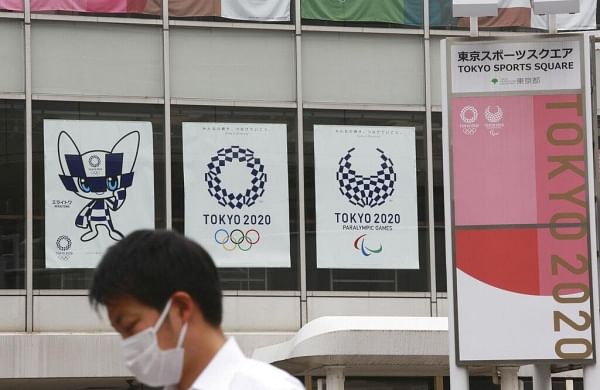 TOKYO: Half of Japan’s public favours holding the Tokyo Olympics this summer, a new survey showed Monday, suggesting support for the contentious Games is rising seven weeks before the opening ceremony.

The latest poll by the Yomiuri Shimbun daily showed 50 percent of respondents want the Games to be held this summer, with 48 percent in favour of cancellation. Postponement was not given as an option.

National polls have tended to show that a majority of respondents oppose holding the Games this summer, backing either a further postponement or cancellation.

In early May the same paper found 59 percent of respondents wanted the Games to be scrapped, with only 39 percent calling for them to go ahead as planned.

The latest figures come as Covid-19 infection rates in Japan gradually fall while emergency measures remain in place in several areas including Tokyo.

Vaccinations are also on the rise after a cautious start to the rollout, although just over three percent of the population is fully inoculated so far.

The same poll showed Prime Minister Yoshihide Suga’s approval rating has fallen from 43 to 37 percent — its lowest since he took office in September last year — while the government’s disapproval rating has gone from 46 to 50 percent since May.

Suga’s government has taken a beating in opinion polls over perceived mishandling of the coronavirus pandemic, with authorities imposing multiple virus emergencies this year and facing criticism for not moving quicker on vaccinations.

Olympic organisers are set to take a decision later this month on how many spectators — if any — will be allowed to attend the Games.

Overseas fans have already been barred in an unprecedented move.

The Yomiuri telephonic poll, carried out from June 4-6, found 26 percent of the 1,070 respondents want the Games to proceed without spectators, while 24 percent want a limited number of fans allowed in.

The paper reported in May that 23 percent wanted the Games to be held without fans, while 16 percent backed limited attendance.

A separate poll by Japan News Network on Monday found that 44 percent of respondents support the Games going ahead this summer.

Another 31 percent were in favour of cancellation, while 24 percent called for another postponement, the poll found.

Organisers have consistently ruled out another postponement, and Tokyo 2020 chief Seiko Hashimoto last week said only a catastrophe preventing most delegations from attending the Games would cause their cancellation.

Denial of responsibility! TechiLive.in is an automatic aggregator around the global media. All the content are available free on Internet. We have just arranged it in one platform for educational purpose only. In each content, the hyperlink to the primary source is specified. All trademarks belong to their rightful owners, all materials to their authors. If you are the owner of the content and do not want us to publish your materials on our website, please contact us by email – admin@techilive.in. The content will be deleted within 24 hours.
CovidFindsJapanesenews updateOlympicsolympics 2020Pollsports news
0
Share