Notice: amp_is_available was called incorrectly. `amp_is_available()` (or `amp_is_request()`, formerly `is_amp_endpoint()`) was called too early and so it will not work properly. WordPress is currently doing the `pre_get_posts` hook. Calling this function before the `wp` action means it will not have access to `WP_Query` and the queried object to determine if it is an AMP response, thus neither the `amp_skip_post()` filter nor the AMP enabled toggle will be considered. It appears the theme with slug `publisher` is responsible; please contact the author. Please see Debugging in WordPress for more information. (This message was added in version 2.0.0.) in /home/runcloud/webapps/techilive/wp-includes/functions.php on line 5313
 New York to New Delhi - TechiLive.in 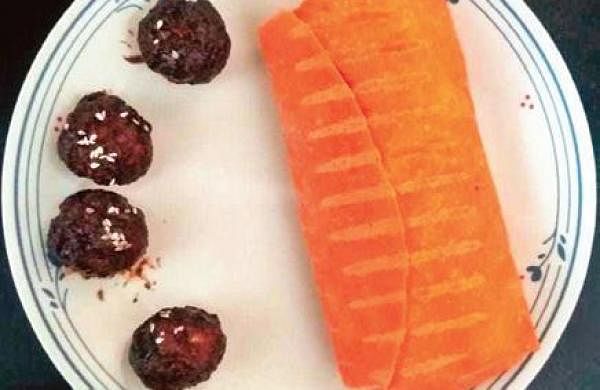 As I write this review for Chickeera, I must confess to already browsing on the restaurant’s other offerings for my next order. This new delivery-only at present model (thanks Corona), has been brought to the Capital of India from the world’s cultural capital, New York, courtesy The Halal Guys, who created a food cart model so popular in The Big Apple that people literally got into stabbing matches with those who cut the line.

With the tagline “From the streets of New York, the best damn chicken you will have”, Chickeera is located in Greater Kailash-2, with ancillary kitchens in South Extension and Anand Niketan.

The brand is currently open for delivery/takeaway via Zomato, Swiggy, Hotline, the Website, and App from 12:00pm-5:00am, meaning no stabbing required, no matter how much you have sanitised your knife.

Getting to the point, we order a Chicken Ashets (the brand’s signature rice dish), a Lamb Burrito and their Falafel Pitawich with a side of Chicken Wings and Meat Balls Cherry, rounding up with Baklava for dessert. Cutting in from the sides, like great Levantine armies of the old, we first tackle the wings and the balls.

Faster than you can figure out how to pronounce euphemism, we find ourselves flying through the wings, succulent and laden with umami as they are, thereby reaching the meatballs.

Sweating slightly as we attempt to swallow, we must admit the meat is a tad dry, laden with flavour as it may be.

Without doing this on purpose, we need to throw in a line about Chickeera’s signature sauces, directly inspired by their New York counterparts: a spunky white one, and a far spicier red.
Levity aside, we tackle the mains, with the burrito coming out on top.

Comprising shredded gyro lamb along with lettuce, more lamb, and whatnot, it’s the best shawarma you never knew you wanted and the burrito you never had. The Ashets is undoubtedly another asset, laden with flavour, proteins, and carbs, with the first coming, well, first. Scrunch it up. The falafels and pita are really good too, with the latter somehow managing to retain its composition despite a long ride on Delhi’s hot roads.

That also brings us to dessert. This Baklava is super tasty, but alas its juices tend to leak out of the box that contains it over the course of the ride. Not to knock on the environment, but maybe foil for dessert?

Denial of responsibility! TechiLive.in is an automatic aggregator around the global media. All the content are available free on Internet. We have just arranged it in one platform for educational purpose only. In each content, the hyperlink to the primary source is specified. All trademarks belong to their rightful owners, all materials to their authors. If you are the owner of the content and do not want us to publish your materials on our website, please contact us by email – admin@techilive.in. The content will be deleted within 24 hours.
Loading...
ChickeeraDelhilifestyle newslifestyle updatenews updatetechi liveThe Big AppleYork
0
Share

Remember crying for no reason, felt I’ll never play tennis again: Sania Mirza opens up on her battle with depression