Notice: amp_is_available was called incorrectly. `amp_is_available()` (or `amp_is_request()`, formerly `is_amp_endpoint()`) was called too early and so it will not work properly. WordPress is currently doing the `pre_get_posts` hook. Calling this function before the `wp` action means it will not have access to `WP_Query` and the queried object to determine if it is an AMP response, thus neither the `amp_skip_post()` filter nor the AMP enabled toggle will be considered. It appears the theme with slug `publisher` is responsible; please contact the author. Please see Debugging in WordPress for more information. (This message was added in version 2.0.0.) in /home/runcloud/webapps/techilive/wp-includes/functions.php on line 5313
 New Zealand's Watling ruled out of second Test against England with back injury - TechiLive.in 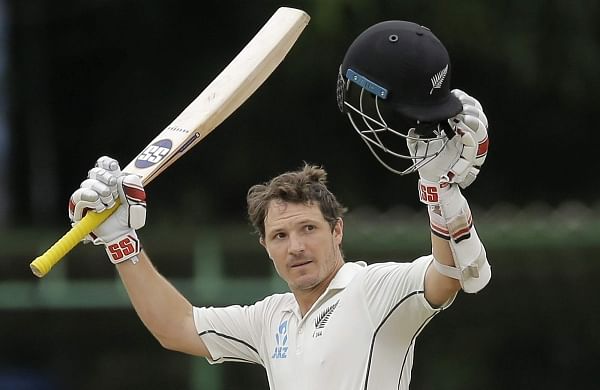 BIRMINGHAM: New Zealand wicketkeeper batsman BJ Watling was on Thursday ruled out of the ongoing second Test against England here after failing to recover from a sore back.

Wicketkeeper batsman Tom Blundell will take Watling’s place in the side.

“The injury has troubled Watling in the past and although it has improved in the past 24 hours, it hasn’t improved enough to be confident of him getting through a full Test behind the stumps,” New Zealand Cricket said in a statement.

Earlier this month, the 35-year-old Watling, who has featured in 74 Tests, 28 ODIs and five T20Is for New Zealand, had announced that he will end his over-decade-long career in all forms of cricket after the World Test Championship final against India.

New Zealand will be without the services of regular skipper Kane Williamson as he too was also ruled out on the eve of the match on Wednesday to give much-needed rest to his “irritated” left elbow ahead of the WTC final.

The first match of the two-Test series against England ended in a draw.

After the second Test, the Blackcaps head to Southhampton for the WTC final, beginning June 18.

Denial of responsibility! TechiLive.in is an automatic aggregator around the global media. All the content are available free on Internet. We have just arranged it in one platform for educational purpose only. In each content, the hyperlink to the primary source is specified. All trademarks belong to their rightful owners, all materials to their authors. If you are the owner of the content and do not want us to publish your materials on our website, please contact us by email – admin@techilive.in. The content will be deleted within 24 hours.
Loading...
BJ WatlingenglandinjuryNew Zealand vs Englandnews updateruledsports newssports update
0
Share

CISOs: It’s time to get back to security basics