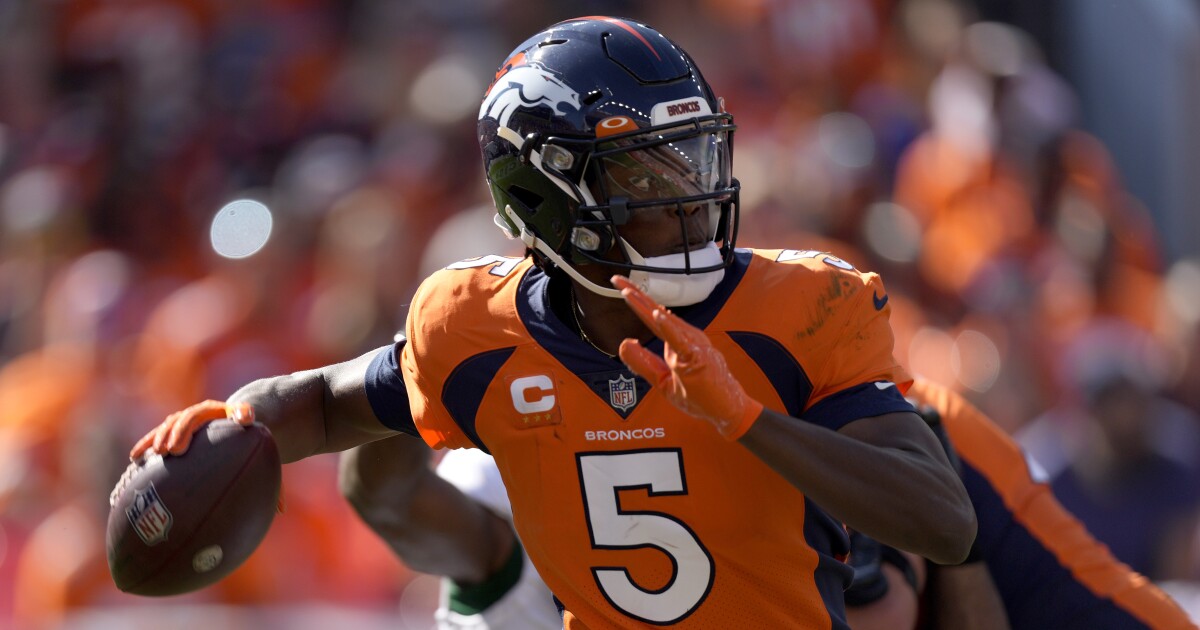 The life of a point spread starts long before the week of the game. NFL lines for every regular-season game were posted over the summer and updated lookahead lines are posted on Tuesday or Wednesday of the previous week at most sportsbooks. That means that we have an idea of what the oddsmakers are thinking very early in the process.

After seeing Sunday’s games play out, adjustments are made to those lines and bettors start to really dig in and research for the next week. Sometimes our first impressions are the right ones. Even if you aren’t ready to fire on the games right away, it is still a good idea to take stock of where the line is early in the week.

Here are some early lines that I like for Week 4:

The Broncos are off to an impressive 3-0 start, but their body of work features wins against only bottom-feeders. The Jaguars, Jets and Giants are a combined 0-9 and have looked every bit the part of winless teams.

The Ravens did not play well against the Lions and needed an historic kick from Justin Tucker to win 19-17, but that was a terrible spot for Baltimore. The Ravens were coming off of a huge win against the Chiefs, a team that had been their kryptonite, and also went into the game with a long injury report.

Denver deserves a ton of credit for this start and Teddy Bridgewater has been great, but the Ravens are a playoff team. The three teams Denver has played will all be vying for the first pick in the 2022 NFL draft. This is a huge step up in class for the short home favorite and one that they might not be ready for by Sunday.

The Chiefs have not yet looked like the reigning two-time AFC champions, but the schedule has consisted of the Browns, Ravens and Chargers. The Browns and Ravens were both playoff teams last season and are expected to be again. The Chargers are much improved with Brandon Staley at the helm and Justin Herbert in his second season.

The Eagles have been a Jekyll-and-Hyde team so far with a dominant win at Atlanta and then an offensive no-show against the 49ers — a defense that just gave up 30 points to Green Bay. Philadelphia will be on a short week with a rookie head coach here after playing Dallas on Monday Night Football. That is a suboptimal spot for going against Andy Reid.

The Chiefs are now 1-2 and a heightened sense of urgency surrounds the team. Kansas City has been remarkably unreliable as a favorite, covering only two of the last 14 times, but this is a spot to buy sort of low on a desperate Chiefs team.

A total of 43.5 qualifies as being extremely low in today’s NFL, but this game is deserving of a low total. The Saints have had a couple of big offensive outbursts on the scoreboard, but those have all been fueled by turnovers. New Orleans scored 28 points on just 252 yards and only 4.1 yards per play against New England. The Saints had 35 points on just 5.4 YPP against the Packers.

In those two games, the Saints forced six turnovers and benefited from short fields. Against Carolina, the Saints scored seven points with only one turnover and 3.0 YPP.

The Giants’ offense is poor and is likely to be even worse after Sterling Shepard and Darius Slayton both left last week’s game because of leg injuries. The Giants’ defense played up to its capabilities finally in the loss to the Falcons. That was supposed to be the best part of the team.

This is a game that should be low on explosive plays and low on points.

VSiN’s morning show “Follow The Money” with Mitch Moss and Pauly Howard is now on Spectrum SportsNet Monday-Friday from 6-9 a.m. PDT. Be sure to Tune in or listen anytime at VSiN.com.

Denial of responsibility! TechiLive.in is an automatic aggregator around the global media. All the content are available free on Internet. We have just arranged it in one platform for educational purpose only. In each content, the hyperlink to the primary source is specified. All trademarks belong to their rightful owners, all materials to their authors. If you are the owner of the content and do not want us to publish your materials on our website, please contact us by email – [email protected]. The content will be deleted within 24 hours.
betsbigBroncosGamesintriguingLinesnews updateNFL
Share

BSNL Rs 499 prepaid voucher: Everything you need to know | Digit