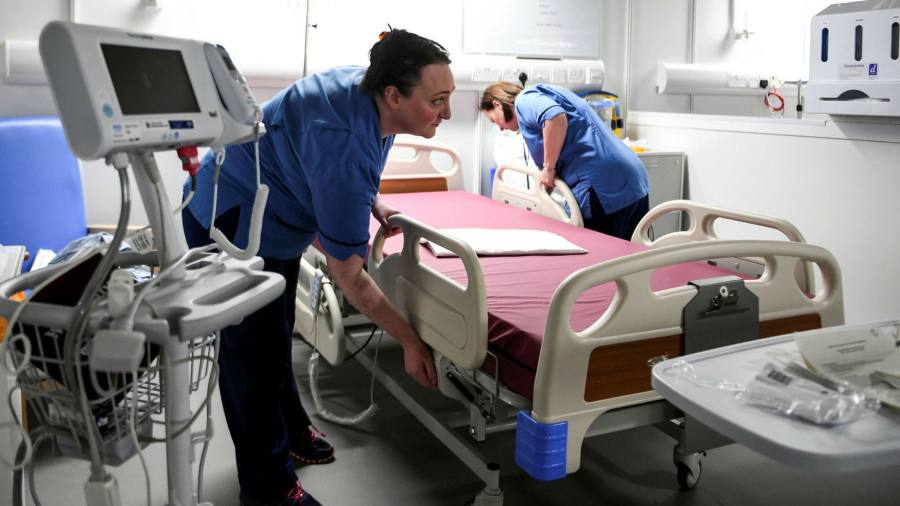 Government plans to tackle the post-pandemic backlog in England’s health service do not address the staffing crisis, according to a cross-party report which warned that mounting pressures from Omicron infections and emergency care could exacerbate the problem.

But Jeremy Hunt, chair of the health and social care select committee, the parliamentary group behind the report, warned that attempts to deal with the backlog of 5.8m patients awaiting routine hospital treatment in England “risk being thrown off course by an entirely predictable staffing crisis”. Official estimates suggest waiting lists could double by 2025.

“The current wave of Omicron is exacerbating the problem, but we already had a serious staffing crisis, with a burnt-out workforce, 93,000 NHS vacancies and no sign of any plan to address this,” said Hunt.

“Far from tackling the backlog, the NHS will be able to deliver little more than day to day firefighting unless the government wakes up to the scale of the staffing crisis facing the NHS, and urgently develops a long-term plan to fix the issue,” he added.

The report comes as a surge in the Omicron coronavirus variant has caused a wave of absences among clinicians, squeezing the NHS workforce yet further and forcing hospital trusts across England to declare a critical incident.

The committee said it was “totally unacceptable” that the budget for Health Education England, the body responsible for the training of the health workforce, remained “unresolved”, adding that it was “extremely disheartening” that no plans had been announced to increase the numbers of medics and nurses entering training. More needed to be done to address staffing shortages among GPs and in social care, the MPs added.

Under plans outlined by health secretary Sajid Javid, HEE is set to merge with NHS England by 2023. However, MPs warned that the move could hamper the implementation of the government’s long-term workforce strategy for the NHS.

They also criticised the government for resisting an amendment to November’s Health and Care Bill that would have required independent forecasts of future workforce needs, adding that such assessments were necessary “to gain the confidence of frontline staff”.

Sara Gorton, head of health at public services union Unison, said: “The pandemic has upped the strain on health employees and many have had enough”, adding that “poor planning by the government has made a bad situation much worse”.

“Staff have been wrung dry by pandemic pressures,” said Gorton. “Now they’re going through another wave as Omicron surges.”

Pat Cullen, chief executive of the Royal College of Nursing, said the report delivered a “damning verdict on the government’s commitment to safe patient care”.

He added that it not only highlighted “current shortages” in staff but how “many more are at risk of leaving too as they lose faith in the government’s willingness to grip the situation”.

The report called on the government to produce a broader NHS recovery plan by April this year that focused not just on elective care but also services including emergency care, mental health and social care, which have been adversely affected by the pandemic. It cautioned against a reliance on numerical targets alone, warning that they could “deprioritise key services” and overlook “hidden backlogs”.

MPs also said they saw “enormous potential” in a better-resourced 111 service in helping to ease demands on accident and emergency departments, which faced record high waiting-times in October.

The department for health and social care said the NHS had added more than 5,000 doctors and nearly 10,000 nurses over the past year.

“The pandemic has put enormous pressures on the NHS but we are committed to supporting hardworking staff to ensure people get the treatment they need,” a spokesperson said.

Denial of responsibility! TechiLive.in is an automatic aggregator around the global media. All the content are available free on Internet. We have just arranged it in one platform for educational purpose only. In each content, the hyperlink to the primary source is specified. All trademarks belong to their rightful owners, all materials to their authors. If you are the owner of the content and do not want us to publish your materials on our website, please contact us by email – [email protected]. The content will be deleted within 24 hours.
business newsBusiness updatecrisisHitListsMPsnews updateNHS
Share