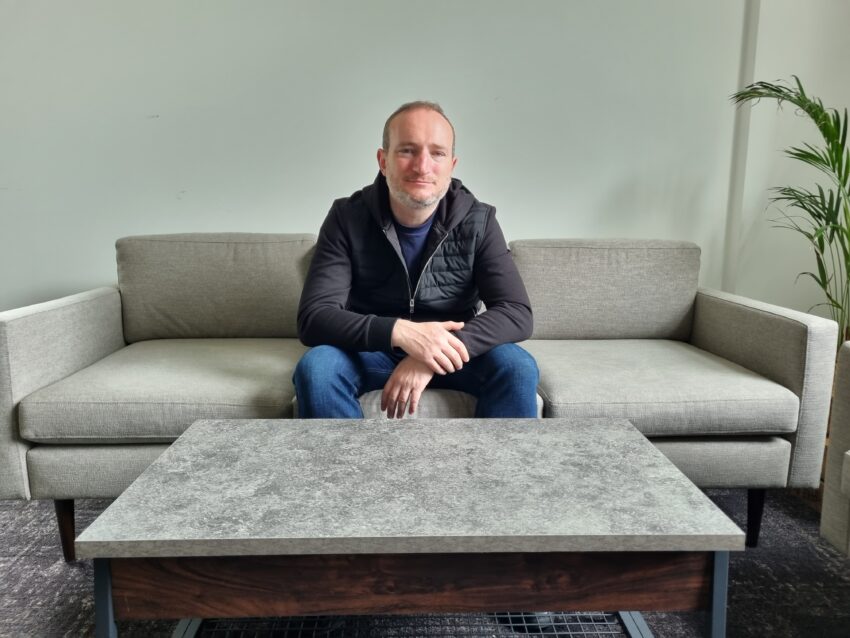 What inspired you to found AG Grid?

I was challenged with creating a new product for the bank using JavaScript. The application needed to show a lot of data inside a datagrid. You normally use a third party datagrid for this job, however I was displeased with the options currently available. This led me to start AG Grid as a hobby project for my own usage. I release the project as Open Source to benefit the world, and to my surprise (which was stupid of me, I should of known) my pet project solved a global problem. There were lots of other developers that needed a datagrid just like mine, and my pet project became popular online, spread by word of mouth.

How hard was the first year?

The first year of my pet project (2015) was a lot of work – I was working for RBS during the day, coding AG Grid features during the night and weekends, and somehow fitting in a social life in between.

There wasn’t enough time, I was burning out, something had to give, so I quit my job.

2016 was the first year I was working full time for AG Grid. I had savings for one year and had a goal of “can I get to the end of 2016 and have my bank balance not going down?”. In other words, can I get my project to make enough revenue so I could pay my mortgage and live a modest life.

After 3 months of development in 2016 I had version 1 of  AG Grid Enterprise ready, and released it. To my surprise, customers started coming out of almost nowhere! The narrative was the same with them all “we have been following your project and using your free Open Source version for the past x months, and love what you are doing. We are delighted that you are providing a way for us to give you money, as we want to fund the future of this brilliant project.” I was blown away! By the end of March 2016 revenue hit GBP £1,000 a day – crazy when you remember it’s a little over one year from when I started the project, and three months into the Enterprise version. I smelled success, I wanted to grow, I needed help, so I started to hire using the revenue to pay for it all. By the end of 2016 I had two people full time working with me – they were taking turns coming to my apartment as there wasn’t enough room for all three of us at the same time! Revenue for 2016 ended up at GBP £750,000, which I like to say was approx USD $1m.

That’s crazy. A million dollar business after two years with zero investment. You ask “was it hard” – hell yes we worked so hard that year! But it was very enjoyable work. Knowing how successful things were going made it an absolute pleasure to work on, and still is to this day.

Did you source any external funding?

No we did not, we have grown organically and are very proud of it!

What are the top three lessons you have learned?

Lesson 1) VC’s don’t add much, if you can bootstrap and grow organically based on the success of the business then you are stronger and more stable. I am delighted we don’t have a VC as it allows me to focus entirely on company growth, and not have to be distracted with periodic reports for the VC or having to create and stick to rigid plans at the expense of the company’s health.”

Lesson 2) Passionate hires are extremely important for the company. We will now only hire someone if they understand what we do and are passionate about it. If someone has not heard / researched us, but comes across very well at their core skill, we still won’t hire them. We need people who will come on this journey with us and be delighted to be part of the next step.”

Lesson 3) Running a company is a very energy intensive game, especially as you grow with your success. The key to not burning out is to understand the systems that make a business, and make sure those systems are implemented correctly. Those systems compose of key personnel and processes. Implementing those successfully has broken the company away from “Niall and his team who helps Niall” to the company AG Grid with departments that operate without the day to day requirement of me getting involved

Why should young people enter the technology industry?

The technology industry pays very well and it’s going to be around forever. Many companies, whether they realise it or not, are actually technology companies.

Software developers get paid silly amounts of money for jobs with high levels of job satisfaction and low levels of stress. For comparison, a software developer with 5 years of experience can get paid a similar salary to a doctor or a lawyer, but I’m 100% sure doctors and lawyers have far more difficult jobs and have to study much harder.

Should young people receive more training in coding/Java in schools?

Software is a passion, similar to how musicians get involved with music.

I advocate introducing young people to computers and coding. If they develop a passion for it, it will become a hobby, and they will teach themselves, just like someone learns how to play the guitar by practicing in their spare time, a young person can learn how to code as an interesting (to some) hobby.

Some younger people will take to coding like a duck to water. Others won’t!

Where next for AG Grid?

The company has gone from one man with an idea, to one man with a team helping him, to now a functioning Medium Sized Company, with that one man still involved, but the company is now a sum of its parts and not just about Niall and his team. With that transformation comes the opportunity for massive growth.

We are currently downloaded 1.4m times per month with projects in almost all Fortune 500 companies using AG Grid. Over time our community of users will grow as more and more projects decide to use AG Grid. In time, we will become the library of choice for building Enterprise Applications. I am confident we will become a $50m business with just continuing to provide our datagrid library. However we are also growing a massive list of impressive customers (cough, most big companies in the world are customers). The potential for cross selling is huge. It would be irresponsible for us not to pivot. When we pivot, that will add another exponential amount to our revenue.

Denial of responsibility! TechiLive.in is an automatic aggregator around the global media. All the content are available free on Internet. We have just arranged it in one platform for educational purpose only. In each content, the hyperlink to the primary source is specified. All trademarks belong to their rightful owners, all materials to their authors. If you are the owner of the content and do not want us to publish your materials on our website, please contact us by email – [email protected]. The content will be deleted within 24 hours.
#businessbusiness newsBusiness updateCEOCrosbyFastGridgrowth
Share

IPL 2022: How do you stop Liam Livingstone? What do KKR do with the top order mess? – Firstcricket News, Firstpost