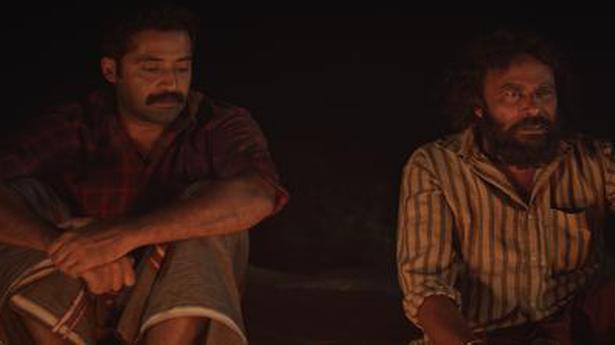 Sound designer-turned-filmmaker Nithin Lukose talks about ‘Paka’, which will have its world premiere at the Toronto International Film Festival on September 13

In Nithin Lukose’s Paka (River of Blood), a river becomes witness to a generational feud between two families that invariably results in a bloodbath. Only on a few occasions do we see the inhabitants of Paka refreshing themselves in the river. More often than not, they take a deep dive to retrieve bodies of members belonging to either one of the families. The river hence becomes an unwilling participant in a cycle of violence that dates back to the 1950s in Wayanad, when a sizeable population migrated from South Kerala and moved North.

Stories of the river swallowing its own people was nothing new to Nithin, whose grandmother told him tales and anecdotes of the life migrants lived in Wayanad and how they reformed the place, which was mostly covered by forest until then, and survived what was a struggle of land, wealth and class. The river that we see in Paka is based on the Orappu river, a branch of the Kabini river, situated just two kilometres from Nithin’s house. Growing up in Wayanad, Nithin distinctly remembers watching Jose, a seasoned elderly swimmer taking a dive into the river to retrieve a body. The river was more known for its history — of bodies being dumped in a sack.

From these stories, Nithin smelt out the heady flavour of a revenge drama. But it was not the image of the river that came to him when he started to develop the story. It came from one particular episode that took him by surprise. The story involved an ex-convict, Paachi, returning to normal life and how the members of the other family had their revenge on the next day. “Subsequently, there were lots of deaths. I don’t know why they did it…maybe for pride. It is like Gangs of Wasseypur…ghar mein ghus ke marenge types. At that time, people used to bury the body in the river, to make sure families don’t find it,” says Nithin Lukose over phone.

Produced by Anurag Kashyap and Raj Rachakonda, Paka stars Basil Paulose, Vinitha Koshy, Jose Kizhakkan and Nithin George. Ahead of the film’s premiere under the Discovery section at the Toronto International Film Festival 2021, Nithin discusses bending reality and fiction, its theme, and making a violent film without relying on blood and gore. Excerpts:

You have spoken extensively about the stories you heard from your grandmother. What was it about these stories that compelled you to make this film?

People dying in the river and swimmers retrieving their bodies are something I remember from my grandmother’s stories. She told me about how difficult life was for Christian migrants from the South. When they came to Wayanad, they were mostly farmers who started from scratch. They fought malaria and animals and made a livelihood out of the place. They slowly developed and the development led to violence.

In Malayalam cinema, there has been a lot of stories on migration. In fact, when I showed Adoor [Gopalakrishnan] this film, he was very happy that a filmmaker from Wayanad has documented this. I don’t think anybody has captured migration in Kerala more than Adoor.

It is interesting you mention Adoor Gopalakrishnan, for, Paka, also dealing with class struggle, has two families of which one is relatively poor. It is very much a Vidheyan set in Wayanad. Were you at all inspired by Adoor?

I am definitely inspired by Adoor. As a student of FTII, you can discuss everything with him — caste, culture, history. His characters are common men around whom he creates stories. Adoor’s entire filmography is, in a way, Kerala’s history. Paka has the text of Vidheyan because of the landscape and characters. Mammootty’s character [in Vidheyan] is like Joey in Paka. These two elements make the connection.

Much of the film happens on the bank of a river, like Kim Ki-duk’s The Isle. What is it about the river that fascinated you?

It is famous for people dying in it. Last month, someone died in the river but that was due to an accident. The river starts from the Western Ghats and has lots of trenches. I felt there was something unique about my place. In fact, the character of Jose is inspired by a real person, as is Tiger Johnny [a character from the film]. Some of the characters’ names are inspired by real people.

One of the things that was striking was how unconventional the narrative is. It is ‘unconventional’ because invariably in films about gang wars or generational feud, you either see the how or the point leading to the violence: Thevar Magan or Gangs of Wasseypur. But here, the history of violence is relegated to the background.

A lot of revenge sagas inspired me, like Subramaniapuram for instance. Gangs of Wasseypur is another; it was believable because of the way Anurag had treated it. I was also inspired by Thithi, because they told the story about their people. The idea I had in mind was to go back to my space and make a film. I also wanted Paka to bridge the gap between art and commercial cinema, so that it can work in both places. Paka was Gangs…for Anurag and Kammatipaadam for Rajeev Ravi. For us, it was more about telling stories about our place and people. It is a very personal cinema.

You only feel the omnipresence of violence, even though Paka is a violent film.

That is something you learn from film school, right? You don’t have to show everything in order to communicate. In that sense, we worked a lot on the sound design and music [Faizal Ahamed]. The writing went on for a year and whenever I visited my hometown, I used to record ambient sounds. We created a library and wanted to use it to drive the emotion. And sound makes it believable.

Loading...
Denial of responsibility! TechiLive.in is an automatic aggregator around the global media. All the content are available free on Internet. We have just arranged it in one platform for educational purpose only. In each content, the hyperlink to the primary source is specified. All trademarks belong to their rightful owners, all materials to their authors. If you are the owner of the content and do not want us to publish your materials on our website, please contact us by email – [email protected]. The content will be deleted within 24 hours.
AdoorAdoor GopalakrishnanAnuraganurag kashyapdebutentertainment newsEntertainment updatefeature
Share

How Arkansas State University Converted 2,900 Video Files to Kaltura in Just One Day | September 30, at 2:00 PM ET | Inside Higher Ed

Say Hello to the Tortizza, a Dinner Life Raft