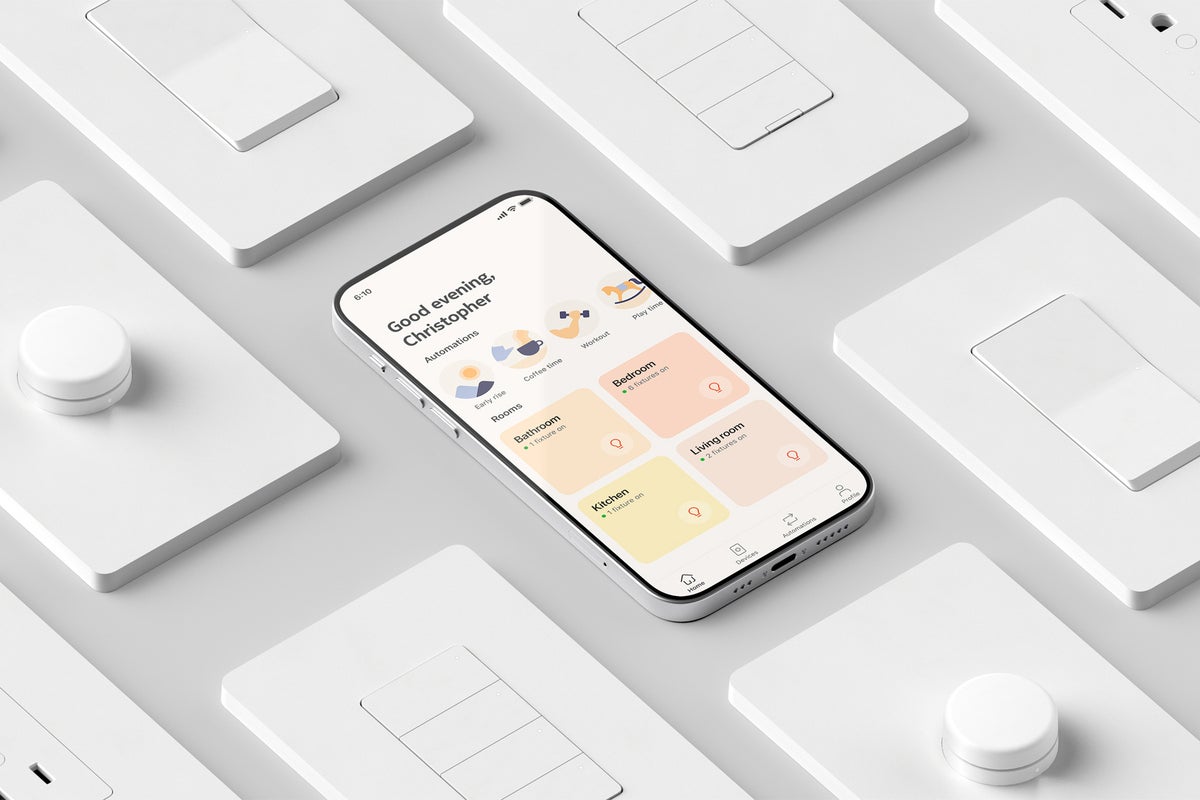 Nokia Smart Lighting: A new brand based on Insteon tech

Anyone who’s spent any amount of time in the smart home world will be familiar with the Insteon brand. Insteon’s parent company, Smartlabs, just launched the Nokia Smart Lighting product line that uses Insteon as its foundation.

Unlike Insteon, there initially won’t be a large and disparate collection of smart-home products in the lineup. At launch, there will be just in-wall switches, dimmers, duplex outlets, and a bridge that connects the system to your home network.

I discussed the Nokia Smart Lighting with lineup Smartlabs chairman and CEO Rob Lilleness in a phone briefing earlier this week, during which he emphasized the simple design aesthetic that Nokia brought to the partnership. None of the devices have extraneous LEDs or multi-function buttons, for example. The switch is a simple paddle, the dimmer is a rotating knob, and the outlet looks just like any other duplex receptacle.

The lone exception is the keypad, which has four buttons that can be custom programmed with different brightness levels for a single light, or to control up to four other Nokia lighting controls. This last product is similar to the Leviton Decora 4-Button Controller that works with compatible Leviton Smart Wi-Fi lighting controls; except that for an extra fee, you can order your Nokia keypad with custom engraving. Each device in the Nokia Smart Lighting lineup features a matte finish, and screwless wall plates are available in 1-, 2-, 3-, and 4-gang versions.

Lilleness said the Nokia products are designed to be as simple to use as possible, with little to no user learning curve. They can be operated with a simple touch, with a smartphone or tablet, or when paired with either Amazon Alexa or Google Assistant. Apple HomeKit support is in the works, but won’t be available at launch.

The simplicity of the Nokia line extends to the installation process as well, with each device automatically identifying the type of load to which it is connected—incandescent, LED, halogen, fluorescent, etc.—and in the case of the dimmer, automatically determining whether the connected lights can be dimmed or not. And since some LEDs bulbs don’t perform well when dimmed, the Nokia dimmer switch will automatically calibrate the lowest level to which an LED bulb can be dimmed without inducing flicker.

Unlike some of the newer smart switches from GE Lighting and Jasco, the new Nokia switches require the presence of a neutral wire in the box where they’re being installed. They can operate in single-pole installations, where a connected load is controlled by a single switch, or on 3-way circuits where more than one switch controls the load.

Smartlabs says prices for its initial offering of Nokia Smart Lighting products will range from $39.99 to $59.99. They can be preordered at nokia.smartlabsinc.com and www.smartlabsinc.com. We expect to have samples that we can review in the coming weeks.

Denial of responsibility! TechiLive.in is an automatic aggregator around the global media. All the content are available free on Internet. We have just arranged it in one platform for educational purpose only. In each content, the hyperlink to the primary source is specified. All trademarks belong to their rightful owners, all materials to their authors. If you are the owner of the content and do not want us to publish your materials on our website, please contact us by email – [email protected]. The content will be deleted within 24 hours.
basedbrandgadget updateInsteonlightingNokiasmarttech
0
Share

‘Was the Astor Place Kmart Haunted?’ and Other Thoughts on Its Closing