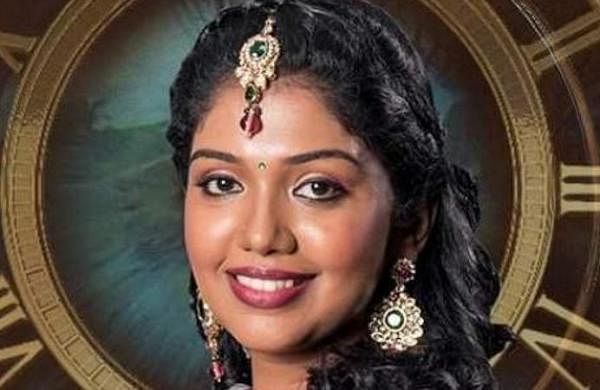 Not child’s play: Riythvika on working with child actors

The lockdown restrictions compelled actor Riythvika to opt for online rehearsals for her new film, Sila Nerangalil Sila Manithargal, directed by Vishal Venkat. “Due to the lockdown, I only heard the script on the phone, and was quite impressed by his attention to detail in this hyperlink story,” says Riythvika, adding that the debutant filmmaker’s working style impressed her. “He brimmed with energy and enthusiasm on the sets. His clear and calm explanations to our queries helped us tackle tough scenes with great ease.”

Riythvika, who plays the mother of a 3-year-old, found acting with a child actor quite a challenge. One scene, in particular, took longer to shoot than anticipated. “It was a night shoot inside a car. My co-star was driving and the child actor was in my lap. I had to make her sleep while saying lengthy, emotional dialogues,” says Riythvika. “I have shot scenes with children before, but in this case, the child and I didn’t get enough time to interact and familiarise before the shoot. As she wasn’t used to me, it was not easy to comfort her. Her movements often blocked the camera, and it became quite difficult to can the shots.”

In order to comfort the child, the director asked her mother to lie down on the backseat and comfort her. This way, the real mother would be nearby, but not on camera. “Upon seeing her mother, the child only started crying more, wanting to get closer to her. Eventually she went to sleep, but the director was patient and waited till she settled down. He even changed the camera position so that her movements wouldn’t disturb the filming. The scene was lengthy and all of us got quite sleepy  and exhausted by the time we wrapped up this scene at dawn!”

The actor also got the chance to try out a new look. “I play a girl who has studied fashion designing. One of my looks has me wearing a cotton sari with a sleeveless blouse with accessories such as a trendy nose pin. It’s a look I quite enjoyed.” She also got to shoot a montage sequence with Ashok Selvan. “It was good to catch up with him after long. We shot for a serious, emotional scene, which took some getting used to because, in real life, I’ve only known him as a jolly person,” she says, laughing.

Denial of responsibility! TechiLive.in is an automatic aggregator around the global media. All the content are available free on Internet. We have just arranged it in one platform for educational purpose only. In each content, the hyperlink to the primary source is specified. All trademarks belong to their rightful owners, all materials to their authors. If you are the owner of the content and do not want us to publish your materials on our website, please contact us by email – [email protected]. The content will be deleted within 24 hours.
Actorschildchildsentertainment newsEntertainment updatenews updatePlayRiythvika
Share

Omicron upends return to US schools and workplaces