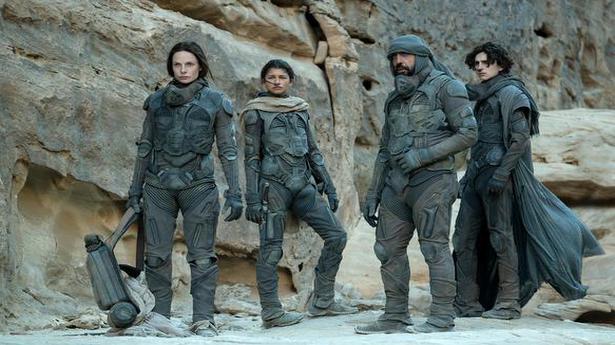 Notes from Venice Film Festival: save ‘Dune’ for IMAX, don’t miss ‘Once Upon a Time in Calcutta’

With the big guns ‘The Power of the Dog’, ‘Sundown’, and ‘Last Night in Soho’, among others, the 78th edition’s line-up did not disappoint

The venerable Venice Film Festival was back in all its glory for its 78th edition, Covid protocols firmly in place.

The first half was bursting with star power. It opened with Pedro Almodovar’s Parallel Mothers, starring Penelope Cruz, Rossy de Palma and Aitana Sánchez-Gijón. Alongside Antonio Banderas, Cruz was also the star of Official Competition. The big guns kept booming with Jane Campion’s The Power of the Dog, starring Benedict Cumberbatch and Kirsten Dunst.

The experience of the festival for me was being one of the first people in the world to watch Denis Villeneuve’s keenly-anticipated Dune, the latest adaptation of Frank Herbert’s cult 1965 novel. It has star power to burn, including Timothée Chalamet, Rebecca Ferguson, Oscar Isaac, Javier Bardem, Jason Momoa, Charlotte Rampling, Zendaya, Josh Brolin and Dave Bautista. It is a terrific experience and I won’t spoil it for you. All I’ll say is watch it on the biggest screen you can, preferably IMAX.

Charlotte Gainsbourg, alongside Tim Roth, stars in Michel Franco’s Acapulco-set Sundown. It is not as explosive as his 2020 Venice winner New Order, but is devastatingly effective and left me thinking about it days after the screening. Edgar Wright’s Last Night in Soho, starring Anya Taylor-Joy of Queen’s Gambit fame, was also a delirious experience, but as the director himself has requested us to keep it spoiler free, I’ll respect that.

Almost as anticipated as Dune was Pablo Larrain’s Spencer, starring Kristen Stewart as Princess Diana with a convincing accent and an Oscar nomination almost certainly on the way. Documentary Becoming Led Zeppelin went down a treat and Jimmy Page himself was in attendance.

Elsewhere, Paul Schrader was back with The Card Counter, starring Oscar Isaac, Tiffany Haddish, Tye Sheridan and Willem Dafoe. On a sobering note, Afghan filmmakers Sahraa Karimi and Sahra Mani delivered a searing indictment of the Taliban regime that recently assumed power in the country. The two filmmakers were choking back tears during their press conference as they lamented the loss of freedom of artistic expression.

From home, Aditya Vikram Sengupta’s masterly Once Upon a Time in Calcutta was one of the best received films of the festival. Though Sengupta couldn’t make it, his stars Sreelekha Mitra and Arindam Ghosh did and they were the toast of the capacity crowd at the film’s world premiere.

As I type this, sitting at Venice’s Marco Polo airport, I look warmly back at the countless film industry friends and colleagues I met at the festival, and no doubt will meet again at the next one. Onwards!

Naman Ramachandran is an international correspondent for Variety, and author of Rajinikanth: The Definitive Biography, and tweets @namanrs

Denial of responsibility! TechiLive.in is an automatic aggregator around the global media. All the content are available free on Internet. We have just arranged it in one platform for educational purpose only. In each content, the hyperlink to the primary source is specified. All trademarks belong to their rightful owners, all materials to their authors. If you are the owner of the content and do not want us to publish your materials on our website, please contact us by email – [email protected]. The content will be deleted within 24 hours.
Aditya Vikram SenguptaCalcuttadenis villeneuvedontduneEntertainmententertainment newsEntertainment update
Share

Ultra Clean Holdings (UCTT) Stock Moves -0.26%: What You Should Know

‘America will never forget’: US marks 20th anniversary of 9/11