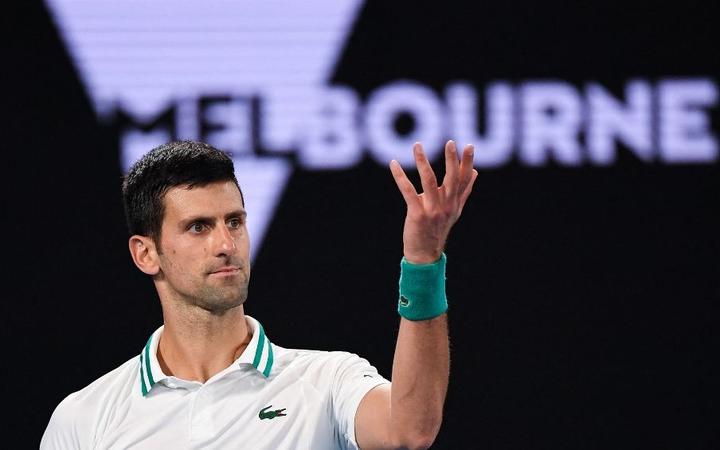 Novak Djokovic may miss tournaments due to vaccine status

Leading tennis analyst Brad Gilbert says Novak Djokovic was on course to break the men’s record for Grand Slam titles but his aversion to receiving the Covid-19 vaccine could jeopardise his participation in future tournaments.

It remains unclear whether Djokovic, the winner of a record-equalling 20 Grand Slam titles, will be allowed to compete at next week’s Australian Open amid a dispute with the Australian government over his medical exemption to taking the vaccine.

A judge released the world No 1 from an immigration detention center this week after his visa was cancelled by border officials.

Djokovic has since blamed human error for a mistake in his immigration paperwork and apologised for breaking isolation for a photoshoot when he had Covid-19 last month, raising the prospect that he could still be deported.

“If you’d have asked me six months ago or nine months ago, even at the US Open, I thought he was well on his way to smashing the men’s record,” Gilbert, a coach and former player, told reporters.

“I actually thought that he would end up passing Margaret Court. I thought he might get 25 to 27 majors.”

“But I think there will be numerous tournaments and other majors he will no longer be able to participate in if he chooses to stay unvaccinated.”

Djokovic could struggle to get into the United States for March’s Indian Wells and Miami Open Masters 1000 tournaments, as well as events in Canada and other countries.

“I’m not sure every country has medical exemptions for Covid. There might be some for an irregular heartbeat, but it’s going to be a very difficult proposition to be a full-time player being unvaccinated,” Gilbert added.

Fellow ESPN analyst and former player Pam Shriver said that if Djokovic is deported, it would be a “big blow” to his already controversial legacy, which includes his default from the 2020 US Open after he inadvertently hit a line judge in the throat with a ball he struck in anger.

“He’s already kind of had enough moments and enough question marks to definitely tarnish his legacy, but certainly nothing will ever tarnish his record 20 majors and counting, his weeks at No. 1, his winning of all of the Masters Series twice,” Shriver said.

Denial of responsibility! TechiLive.in is an automatic aggregator around the global media. All the content are available free on Internet. We have just arranged it in one platform for educational purpose only. In each content, the hyperlink to the primary source is specified. All trademarks belong to their rightful owners, all materials to their authors. If you are the owner of the content and do not want us to publish your materials on our website, please contact us by email – [email protected]. The content will be deleted within 24 hours.
AudioCurrent AffairsdjokovicdueNewsnews updateNovakPodcasts
Share

COVID-19 hospitalisations likely to go up in Maharashtra by Jan-end or early Feb: Health department

God of War PC impressions: A masterpiece for a new audience