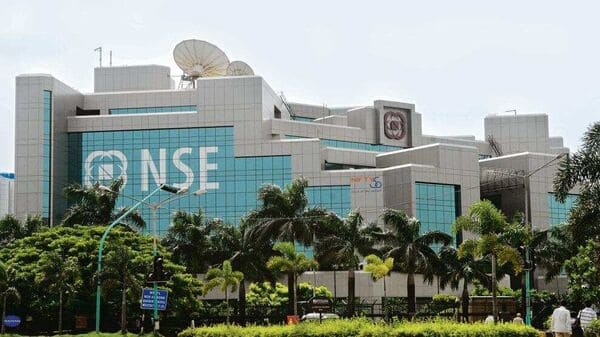 MUMBAI : Investigations into the co-location scandal at the National Stock Exchange (NSE) have unearthed a new facet of market manipulation by high-frequency traders. The malpractice involved firing a barrage of algorithmic orders, many more than they are allowed to, to crowd out orders of rival brokerages.

Typically, a trading member with access to co-location servers could send 40-1,000 orders per second. The brokers could buy software that gave them access to the trading access point (TAP) to fire orders, and the price of the software depended on the maximum number of orders that could be fired per second. If the trader sent more orders than permitted, they would be throttled.

“However, select brokers would bypass this control by firing so many orders that the pipeline was clogged and crowded out other brokers. The malpractice dates back to 2013,” a person with direct knowledge of the investigation said, requesting anonymity.

This practise is referred to as TAP-bypass.

“In 2013, one of the brokers complained to NSE that a software vendor was offering TAP-bypass commercially. This complaint from the broker led the exchange to check if any member exceeded the order rate he had purchased,” this person added.

The complaint prompted NSE to fix the loophole in 2014, the year the exchange also changed its market data dissemination system from tick-by-tick to multicast to prevent some brokers from benefitting unfairly.

“However, according to an income tax report following the raids on brokers and other connected entities in 2017, NSE made no inquiry or punished the brokers that indulged in this manipulation,” a second person with direct knowledge of the matter said, also requesting anonymity.

In April, Sebi rejected an application by NSE to settle the market manipulation case related to the TAP bypass, citing a pending investigation. NSE had sought to pay a penalty to settle the case without admitting guilt.

“NSE, while it has not received any show-cause notice from the Securities and Exchange Board of India (Sebi) in relation to the TAP matter which pertains to 2013, in terms of the Sebi Settlement Regulations, 2018, filed a settlement application with Sebi on January 13, 2022. Sebi vide its letter dated April 21, 2022 has returned the settlement application filed by NSE in light of pending investigation,” said NSE in its annual report for fiscal 2022.

Email queries sent to spokespeople for NSE and Sebi were not answered until press time.

However, the NSE co-location investigation is much wider, with the regulator looking at unfair price dissemination and preferential treatment to some brokers.

High-frequency traders can place their servers in exchange premises to reduce latency and execute trades faster through the co-location service.

The allegations are that some traders with leased space at the NSE co-location facility got preferential treatment during 2012-14. Even a split-second faster access can result in massive gains for high-frequency traders.

“He submitted his report last year. Sebi is using this report for further investigation into the matter,” the second person said.

Denial of responsibility! TechiLive.in is an automatic aggregator around the global media. All the content are available free on Internet. We have just arranged it in one platform for educational purpose only. In each content, the hyperlink to the primary source is specified. All trademarks belong to their rightful owners, all materials to their authors. If you are the owner of the content and do not want us to publish your materials on our website, please contact us by email – [email protected]. The content will be deleted within 24 hours.
algorithmic ordersbusiness newsBusiness updateco-location probecolocationMalpracticemarket manipulationnews update
Share

Harnaaz Sandhu to appear on The Daily Show With Trevor Noah,…

This Infamous Hacking Device Just Got An Upgrade