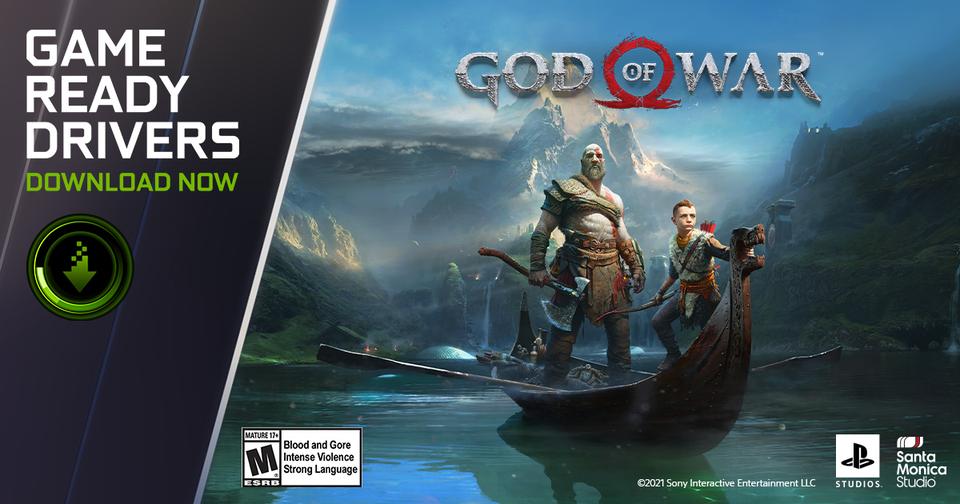 The latest NVIDIA Game Ready Driver has dropped and, among other highlights, it will bring NVIDIA’s signature Deep Learning Super Sampling and Reflex to God of War and Rainbow Six Extraction. In addition, the Game Ready driver will bring several enhancements to games like Hitman III, The Anacrusis, and Monster Hunter Rise.

So, let’s start on the biggest highlight. The latest NVIDIA Game Ready Driver will bring NVIDIAs signature features for the ultimate gaming experience. By installing the driver, you’ll optimize your system and enable support for NVIDIA DLSS, accelerating performance on GeForce RTX GPUs. And on GeForce 900 GTX Series and newer GPUs, you can enable NVIDIA Reflex to quickly and easily reduce system latency, making gameplay snappy and responsive for even the most difficult challenges.

You can watch a video showing off the low-latency improvements brought by the Game Ready Driver below. Don’t forget to check whether or not your gaming rig meets the system requirements:

NVIDIA DLSS and Reflex are also coming to Rainbow Six Extraction. With the latest update, NVIDIA players can now experience this new tactical co-op game with performance acceleration alongside optimization for system latency. Thus, players using NVIDIA graphics cards will have several improvements to their game just by installing the driver once the game comes out on January 20.

The latest driver also adds DLDSR (Deep Learning Dynamic Super Resolution). This AI-powered enhancement allows games to be rendered at higher, more detailed resolution before intelligently shrinking the result back down to the resolution of your monitor. This downsampling method improves image quality by enhancing detail, smoothing edges, and reducing shimmering.

DLDSR improves upon DSR by adding an AI network that requires fewer input pixels, making the image quality of DLDSR 2.25X comparable to that of DSR 4X, but with higher performance. DLDSR works in most games on GeForce RTX GPUs, thanks to their Tensor Cores. 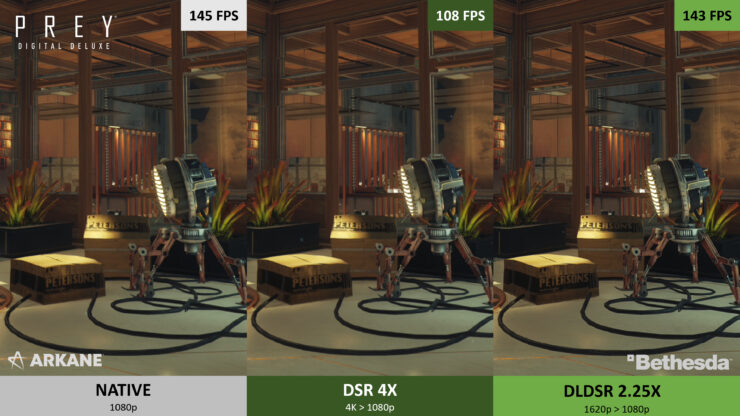 NVIDIA states in their blog post that they have worked with the modding community and teamed up with Pascal Gilcher, a popular ReShade Author, to release three advanced, depth-based Freestyle filters, SSAO, Dynamic DOF, and SSRTGI, a modified version of his popular “Ray Tracing ReShade Filter”.

You can access these filters by pressing Alt+F3 during gameplay with the GeForce Experience overlay enabled.

As is tradition, the latest NVIDIA Game Ready Driver also provides support for 8 new G-SYNC Compatible displays. These newly-validated monitors give gamers even more choice when searching for a great gaming display all thanks to the baseline Variable Refresh Rate (VRR) experience that makes your gaming smoother and more enjoyable.

It’s also worth noting that several NVIDIA hardware partners have released a new 12GB GDDR6X version of the RTX 3080 graphics card which has a reduced hashrate for Ethereum mining to help optimize the gaming experience. This new version of the 3080 is also supported by the driver. To download the latest NVIDIA Game Ready Driver, all you need to do is download it through the GeForce Experience.

Denial of responsibility! TechiLive.in is an automatic aggregator around the global media. All the content are available free on Internet. We have just arranged it in one platform for educational purpose only. In each content, the hyperlink to the primary source is specified. All trademarks belong to their rightful owners, all materials to their authors. If you are the owner of the content and do not want us to publish your materials on our website, please contact us by email – [email protected]. The content will be deleted within 24 hours.
AddsagmeupdateDLSSDrivergameGames newsgamingGaming update
Share