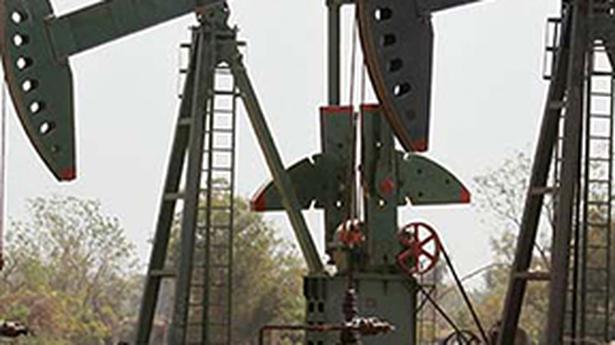 Contracts have built-in mechanism to capture windfall gains; additional tax may result in firms paying more than the windfall gain itself

Contracts have built-in mechanism to capture windfall gains; additional tax may result in firms paying more than the windfall gain itself

The Oil Ministry has sought a review of the two-and-a-half-month old windfall profit tax on domestically-produced crude oil saying it goes against the principle of fiscal stability provided in contracts for finding and producing oil.

The Ministry in the August 12 letter, reviewed by PTI, sought exemption for fields or blocks – which were bid out to companies under the Production Sharing Contract (PSC) and the Revenue Sharing Contract (RSC) – from the new levy.

It stated that since the 1990s, companies had been awarded blocks or areas for exploration and production of oil and natural gas under different contractual regimes, wherein a royalty and cess is levied and the government gets a pre-determined percentage of profits.

The Ministry, according to the letter, was of the opinion that the contracts have an in-built mechanism to factor in high prices as incremental gains get transferred in the form of higher profit share for the government.

Emails sent to the Oil Ministry as well as the Finance Ministry for comments remained unanswered.

India first imposed the windfall profit tax on July 1, joining a growing number of nations that tax super-normal profits of energy companies. While duties were slapped on the export of petrol, diesel and jet fuel (ATF), a Special Additional Excise Duty (SAED) was levied on locally-produced crude oil.

The SAED on domestic crude oil initially was ₹23,250 per tonne ($40 per barrel) and in fortnightly revisions brought down to ₹10,500 per tonne.

The government levies a 10-20% royalty on the price of oil and gas as also an oil cess of 20% on production from areas given to state-owned Oil and Natural Gas Corporation (ONGC) and Oil India Ltd. (OIL) on a nomination basis.

These levies apart, fields were awarded under the PSC regime where the government gets about 50-60% of the profit made after deducting costs. The RSC regime specifically has a clause to capture windfall gains for the government.

According to Oil Ministry calculations, the letter said, the new levy in the case of PSC and RSC results in a situation where the operator ends up paying much more than the windfall gain itself.

Besides, the contracts specifically provide for fiscal stability for the contracting parties, it said, adding any change of law or rule or regulation that adversely changes expected economic benefits to parties can lead to seeking revision and adjustments to the terms of the contracts.

Requests have already been received for such revisions or amendments to the contracts, the Ministry said.

The Oil Ministry was of the view that there was an urgent need for aggressive investment in domestic oil and gas exploration.

Considering that PSC and RSC contracts already have in-built mechanisms to share revenues with the government in a high-price regime, the government should consider exempting all the blocks falling under such contractual regime from the new levy, the Ministry said in the letter.

It went on to state that it had already got representations from major crude oil producers, including state-owned ONGC and OIL and private sector Vedanta Ltd., for a review of the new levy as it was adversely impacting their investment plans.

The concerns raised by these firms include economic unviability and contract clause violation, it added.

Denial of responsibility! TechiLive.in is an automatic aggregator around the global media. All the content are available free on Internet. We have just arranged it in one platform for educational purpose only. In each content, the hyperlink to the primary source is specified. All trademarks belong to their rightful owners, all materials to their authors. If you are the owner of the content and do not want us to publish your materials on our website, please contact us by email – [email protected]. The content will be deleted within 24 hours.
business newsBusiness updateexemptedFieldsministrynews updateoilreview
Share

Sony’s PS5 Supply Fix Might Be This Simple Disc Drive