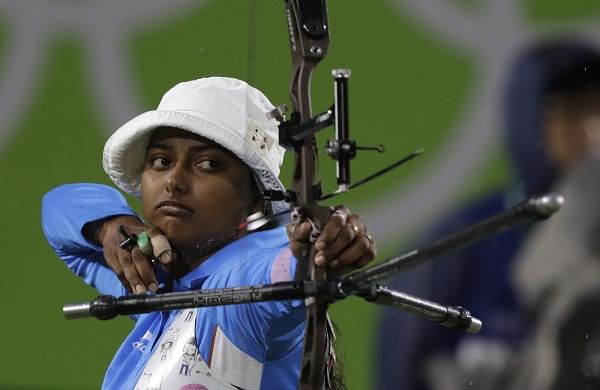 NEW DELHI: After being unable to travel for the World Cup Stage II in Switzerland, now India’s Olympic hopeful archers might miss out on the chance to travel to Paris and participate in the Final Olympic Qualification Event from June 18.

On Wednesday, the French Embassy informed the Archery Association of India that short-term visas were not being given by the French government due to the second Covid-19 wave that has devastated the country. France has banned flights from India, Brazil, Chile, Argentina, and South Africa. Only long-term visas are being granted at the moment.

This is a major blow for India’s women recurve team, which was one of the favourites to seal their spot for the Olympics in Paris. As of now, Deepika Kumari is the only woman archer to have made the Olympic cut. Post the Olympic qualifiers, the World Cup Stage III is also scheduled to be held at the Charlety Stadium from June 21. The men’s recurve team and both compound teams are scheduled to join the women to take part in the final archery event prior to the Tokyo Games.

“The embassy has informed us about the French government’s decision of not granting short-term visas to India at the moment. We are looking at various other ways to ensure the team has the chance to travel and participate there. These are unprecedented times but we are hopeful a solution will be found,” AAI secretary Pramod Chandurkar informed The New Indian Express.

A source in the know of things informed that the federation has been in touch with both the Indian Olympic Association and Sports Ministry and both have assured AAI of complete support. A letter has been sent to World Archery regarding this matter and a copy of the letter has also been marked to IOA and SAI. IOA, in the recent past, has cited the IOC charter which states countries cannot be barred from competing by the host country. There have been discussions of trying to resolve the issue via political route as well.

Earlier, the AAI had planned to send the women’s team three days in advance so as to get them acclimatised to conditions there after mandatory quarantine rules were changed by the LOC of both archery events.

While the NSF seems hopeful of reaching a positive conclusion, there are chances that even if somehow visas are managed, quarantine rules may come into effect for the team and that might hamper performance. Also, there seems to be a question mark regarding the compound archers, none of whom are vaccinated. All recurve archers have received both jabs.

The team of Deepika Kumari, Ankita Bhakat, Komalika Bari and Madhu Vedwan (reserve) are in contention for the women’s team slot while the men’s team of Atanu Das, Tarundeep Rai and Pravin Jadhav have already secured their Olympic spots.

Loading...
Denial of responsibility! TechiLive.in is an automatic aggregator around the global media. All the content are available free on Internet. We have just arranged it in one platform for educational purpose only. In each content, the hyperlink to the primary source is specified. All trademarks belong to their rightful owners, all materials to their authors. If you are the owner of the content and do not want us to publish your materials on our website, please contact us by email – [email protected]. The content will be deleted within 24 hours.
ArchersArcheryBalanceDeepika Kumarihanghopesnews updateOlympic
0
Share

Coronavirus: What is ECMO technique that is used for patients with extremely damaged lungs