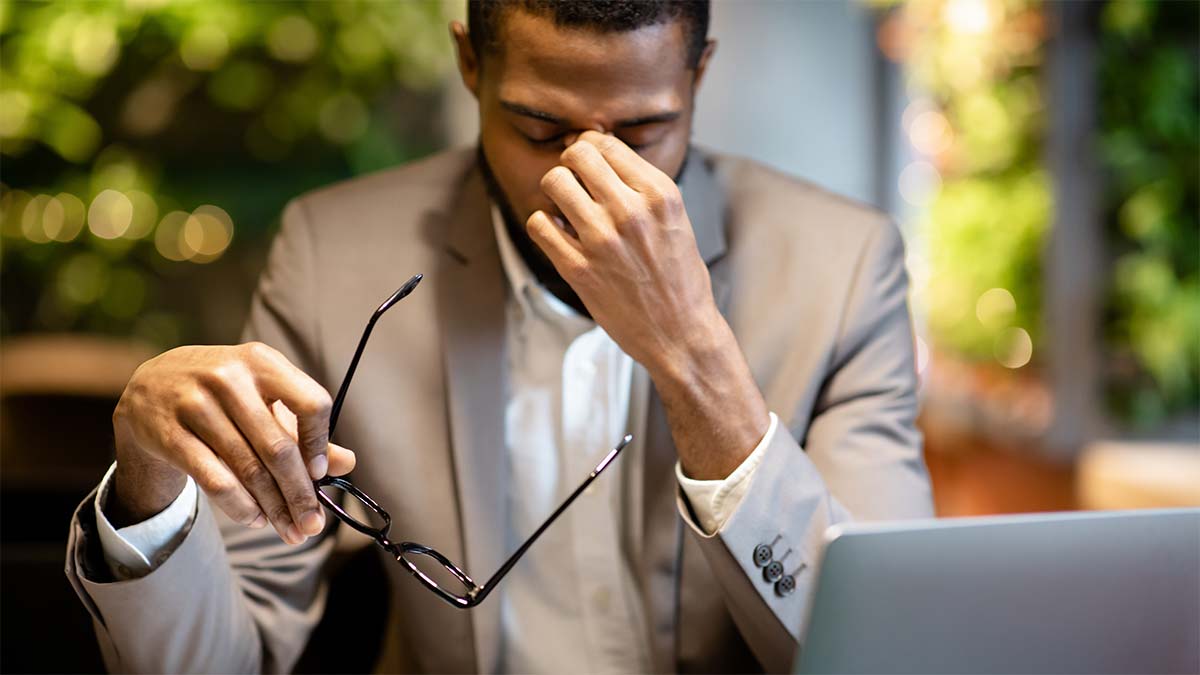 People double-jabbed against Covid-19 have been half as likely to report long Covid symptoms following an infection of the omicron variant than if they caught the previously dominant delta variant, according to official data.

Figures from the Office for National Statistics have suggested the odds of reporting long Covid symptoms four to eight weeks after a first Covid-19 infection were nearly halved (49.7% lower) in infections of the omicron variant than delta variant, though critically this was only among adults who were double vaccinated when infected.

The ONS found no statistical evidence of any difference in long Covid risk between the two variants for those who had received a third, booster jab. The prevalence was 8.5% for delta and 8.0% for omicron, it said.

However, there was a difference in long Covid risk between the two different strains of omicron, BA.1 and BA.2.

The odds of reporting long Covid symptoms four to eight weeks after a first Covid-19 infection were 21.8% higher after an omicron BA.2 infection than an omicron BA.1 among adults who were triple-vaccinated when infected, the ONS said.

The impact of long Covid, especially on those of working age, remains a worry however. Separate figures from the ONS have suggested as many as 1.8 million people in the UK were likely to have been experiencing symptoms of long Covid in the four weeks to 3 April, the equivalent of 2.8% of the population.

This was up 6% from the 1.7 million people reported a month earlier. Some 791,000 people had been experiencing symptoms for at least a year, again the highest number reported so far, and 253,000 had been struggling for at least two years, so since the start of the pandemic.

About 346,000 people (19%) reported their ability to undertake day-to-day activities has been “limited a lot”, the ONS added.

Fatigue continued to be the most common symptom reported (51% of those with self-reported long Covid), followed by shortness of breath (33%), loss of sense of smell (26%), and difficulty concentrating (23%).

“As a proportion of the UK population, prevalence of self-reported long Covid was greatest in people aged 35 to 49 years, females, people living in more deprived areas, those working in social care, teaching and education or health care, and those with another activity-limiting health condition or disability,” said the ONS.

The figures followed a report last month by the Institute of Public Policy Research (IPPR) that concluded long Covid and illness had driven 400,000 people from the workforce, at a cost to the UK economy of £8bn.

Denial of responsibility! TechiLive.in is an automatic aggregator around the global media. All the content are available free on Internet. We have just arranged it in one platform for educational purpose only. In each content, the hyperlink to the primary source is specified. All trademarks belong to their rightful owners, all materials to their authors. If you are the owner of the content and do not want us to publish your materials on our website, please contact us by email – [email protected]. The content will be deleted within 24 hours.
amongCoviddoubleHealth newsHealth updatejabbedLeadlong
Share

touchscreen: Apple may be planning to bring macOS experience to iPad, here’s how – Times of India

Ubisoft Plus Classics to add 27 games to revamped…

Instagram Stories down: Why are there no Stories on Insta…

Dodgers vs. Arizona Diamondbacks: How to watch, stream and…