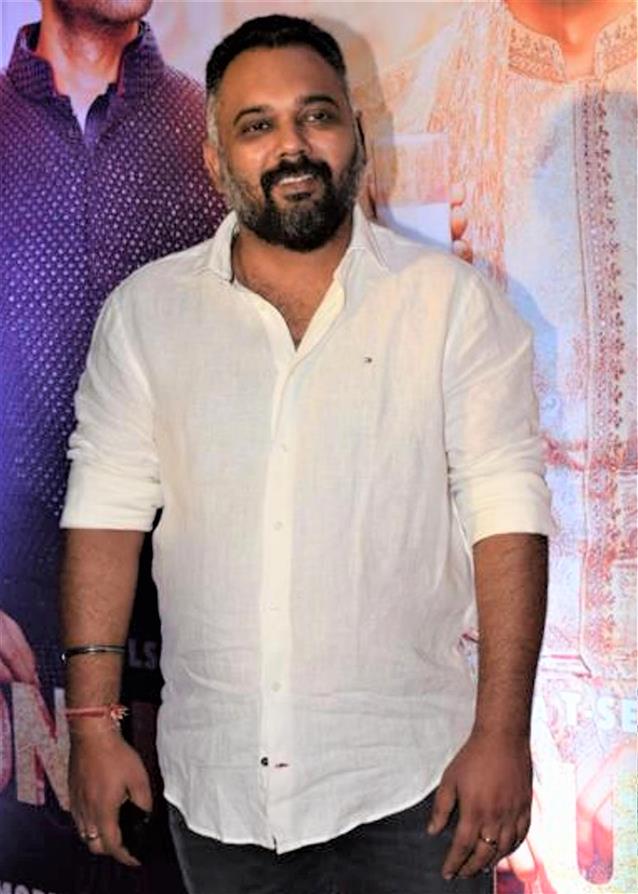 On day four of the 53rd edition of the Int’l Film Festival of India being held in Goa, directors Kabir Khan, Luv Ranjan and Aanand L. Rai talked about the changing face of the entertainment industry

The insider vs outsider debate, the ‘N’ word that is nepotism and much more insightful points raised their head during the In-Conversation session at the 53rd edition of International Film Festival of India, Goa. And who better than three successful directors, Kabir Khan, Luv Ranjan and Aanand L Rai, all three outsiders, to reflect upon the changing face of the entertainment industry as well as how to break into it.

As Khan, Ranjan and Rai came together along with producer Mahavir Jain and singer-turned-actor Ananya Birla, many a reflection coupled with quotable quotes made for an invigorating start to Day 4 of the nine-day-long festival. With Ranjan of Pyar Ka Panchnaama-fame and Kabir Khan, director of critically acclaimed films like 83 and Bajrangi Bhaijaan, taking the lead, the former, in particular, was at his candid best, mincing no words to make his point: “Nepotism is just another fancy word for inheritance. If we are okay with what we inherit from our parents and grandparents, why should we object to the same in context of the film industry? The problem is that newcomers suffer from a victim syndrome and want to blame someone.”

That is not to say the industry is not open to newcomers. Khan, another first generation filmmaker, shared how both producers and the studios are rather excited about new voices. His own journey when he got an opportunity, from none other than Yash Raj Films to back his dream project, Kabul Express (2006), is a classic example of how even the biggest studio was ready to back new talent.

Of course, before trying to make inroads the new talent has to do a reality check. For instance, had he approached some producer to finance his project on Azad Hind Fauj back then, which required a massive budget and was later made for OTT, he would have hit a wall. Whether OTT platforms are more welcoming of new talent is a question that was answered by Khan as sincerely, “Yes indeed, OTT platforms are more courageous. But it’s an evolving game and now even they are hankering after stars.”

To provide a level playing field, Mahavir Jain is coming up with an app that will make it easy for fresh voices to mark and make their presence felt. Of course Applause Entertainment, of which Ananya is a part, has a judicious mix of content that gives opportunities to newcomers. But as in the entire conversation, moderated by Komal Nahta, Ranjan hit the nail on the head when he put the onus on audiences too. He wondered aloud, “The audience is ready to watch newcomers on OTT but are they ready to buy Rs 300 movie ticket to see their films in cinema halls?”

A ticklish query indeed… Since entertainment at the end of the day is both a consumer market and an expensive art that can’t be detached from business, clearly much depends on the audience response.

And in this ecosystem, which is of people, Khan opines there is no room for government intervention or subsidy to back such projects. What new talent however needs to do is to, “Find their unique voice and be a clutter-breaker.”

No doubt all the three directors, Rai, Ranjan and Khan, have a unique signature and their USP writ all over their films!

Long before Kabir Khan became one of the most recognised names in the film industry, he realised the import of Bollywood, that too in Afghanistan. During the making of his documentary, as he was almost air-dropped in the most uninhabited terrains of the country, he came across a lone individual, an Afghani who he thought was all but hostile. But remembers Khan, “Just as I uttered the word Hindustani, he responded by singing Mere Sapnon Ki Rani… And I instantly knew nothing is more powerful than Bollywood and I had to make at least one film in this industry.” He has made many and is still counting!

Denial of responsibility! TechiLive.in is an automatic aggregator around the global media. All the content are available free on Internet. We have just arranged it in one platform for educational purpose only. In each content, the hyperlink to the primary source is specified. All trademarks belong to their rightful owners, all materials to their authors. If you are the owner of the content and do not want us to publish your materials on our website, please contact us by email – [email protected]. The content will be deleted within 24 hours.
53rdAanandchangingDayDirectorsEditionEntertainmententertainment news
Share

Why Apple’s 1984 Super Bowl Commercial Was So…