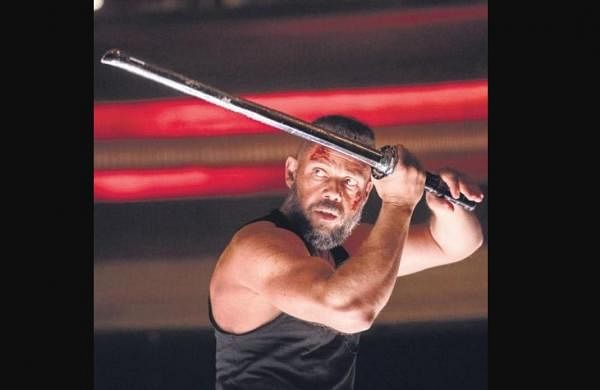 On Netflix | ‘Xtremo’ is an immensely gratifying John Wick-style actioner

Here we are, two years after the release of John Wick Chapter 3, looking for something similar while waiting anxiously for the fourth instalment. There is a new Spanish film out on Netflix, Xtremo (English: Xtreme), which, to me, seemed the perfect candidate to fill that void. Though not carrying the same degree of visual panache and sophistication as the John Wick films, it comes very close in terms of intensity. Xtreme is, like those films, a lean, mean, and immensely gratifying action experience that delivers the necessary dose of catharsis and bloodshed that one usually expects from revenge thrillers.

The lack of a big plot or rich world-building can sometimes be a good thing. We occasionally need those minimalist actioners that focus more on the thrills than the plot. Xtreme is one such. But that said, it has a basic storyline and likeable characters to build on. We have seen the gangster father with a wayward, foolish son who puts the entire family in danger in other films before. The central conflict of Xtreme, too, is built around a spoilt son, Lucero (Oscar Jaenada), and a favourite one, Maximo (Teo Garcia). The only difference here is the latter is not related by blood. Maximo happens to be the don’s hitman who doesn’t always agree with Lucero’s decisions. After a gravely unforgivable act by the latter, the two instantly turn foes.

The opening moments are basically the extreme version of the father-son drama in Akira Kurosawa’s Ran. (Speaking of, Xtreme pays homage to the samurai genre in its third act). In the ensuing chaos, Maximo and his sister (Andre Duro) survive; his son doesn’t. Two years later, we find Maximo in his garage sharpening his combat skills. We already get a little display of Maximo’s abilities in the opening portions, so, after what Lucero does to him, one gets instantly excited at the prospect of seeing the seemingly invincible Maximo wreak havoc on Lucero and his gang.

When Maximo finally does, through multiple action scenes (the bathroom fight ranks up there with some of the best we have seen from Hollywood) in which he makes use of every tool at his disposal, it made me utter a line from that Bong Joon-ho meme: To me, that’s cinema. Meanwhile, he finds an emotional connection with a teenager, Leo (Oscar Casas, the younger brother of The Invisible Guest actor Mario Casas), who also goes through hell on account of Lucero.

Xtreme took me back to those days when we 90s’ kids consumed the movies of Arnold Schwarzenegger, Jean-Claude Van Damme, Jackie Chan, Bruce Lee, or Chuck Norris (for the laughs mostly). Funnily enough, Leo uses some of these names to address Maximo. At one point, a bad guy describes Maximo as a cross between John Wayne and Bruce Lee. Interestingly, I found Lucero’s right-hand man, played by Rambo: Last Blood baddie Sergio Peris-Mencheta, more menacing. Lucero, on the other hand, is that typical over-the-top villain who is entertaining regardless.

As the hero of the story, Teo Garcia is a perfect fit. He is not one of those actors who emotes a lot, even when experiencing severe trauma. In that regard, I found him to be more like Van Damme. But I’m not complaining. The stoic, unsentimental approach worked for me. It’s Leo who gets to do most of the emotional heavy-lifting, sufficient for a film of this kind. Xtreme was, for me, a perfect antidote for the pandemic-induced blues. I’ve already seen it twice, and I’m sure I’ll see it again.

Denial of responsibility! TechiLive.in is an automatic aggregator around the global media. All the content are available free on Internet. We have just arranged it in one platform for educational purpose only. In each content, the hyperlink to the primary source is specified. All trademarks belong to their rightful owners, all materials to their authors. If you are the owner of the content and do not want us to publish your materials on our website, please contact us by email – [email protected]. The content will be deleted within 24 hours.
Loading...
actioneranimmenselyentertainment newsEntertainment updategratifyingJohnNetflixnews update
0
Share

Exclusive: Why NIV Pune says there’s no need to panic over new Covid variant? All you must know about corona variant B.1.1.28.2 and its symptoms