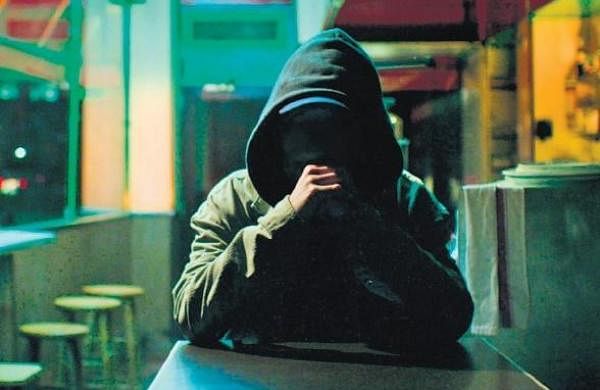 Remember when The Trial of Chicago 7, a film chronicling the litigious aftermath of the anti-Vietnam war protests in the US, bore an uncanny resemblance to the 2019 Citizenship Amendment Act protests in India? The similarity, which transcended geographical and political differences, was a testament to the theme of resistance and made the Aaron Sorkin directorial a timely tale of humanity. It’s such timeliness that makes Nail Bomber: Man Hunt, a documentation of the 1999 London bombings, a discomfiting, but relevant experience.

Over three consecutive weekends in the April of 1999, homemade bombs stocked up with nearly 1,500 nails each were planted in public places, cumulatively killing three and maiming over 140. The perpetrator, the-then 22-year-old David Copeland, identified himself as a Neo-Nazi and conceded that his sordid act was purely fueled by his resentment towards the minorities. The ideologies of a political party he was a part of are also enveloped. The relevance emanates from the hate crimes we continue to read about every day, and it is abashing because hatred, at the end of the day, is ubiquitous, no matter in which form.

The documentary, directed by Daniel Vernon, is unfortunately a hasty examination of the hate-instigated catastrophes that leaves you wishing there was more than just annotations. The film shapes the narrative with the voice of survivors and frontline workers who have witnessed the blasts up and close. In its entirety, the documentary gives you the impression of being a mere re-enactment of the tragedy, barely able to cause fear or anger.

The intention—to paint a comprehensive picture with multiple perspectives—is commendable, but it whittles the opportunity to examine the bigotry that led to the bomb blasts. The 72-minute runtime is a major impediment, considering that it touches on expansive concepts such as racism, homophobia, marginalisation, and bigotry.

With Manhunt: The Search for Bin Laden and Ted Bundy Tapes being a few effective reference points for the ‘manhunt’ template Nail Bomber adheres to, it also runs the risk of being formulaic. The idea of using the interview of a spy in a right-wing organisation to give the insider view feels manipulatively dramatic. The hooded actor’s face is kept in the darkness under the pretext of maintaining anonymity, but we clearly discern that it’s all scripted. This choice sticks out like a sore thumb in this film. On the bright side, the Netflix documentary entangles its whodunit treatment with central themes to parlay its generic initial sequences.

What distinguishes Nail Bomber apart from other true-crime documentaries is its preference to put ‘why’ over ‘who’. In the age of Google, the answer to ‘who is the nail bomber?’ is a search away. The filmmaker, conscious of our knowledge, instead chooses to burnish the motives that propelled the titular bomber’s actions. The subject matter offers plenty of room for mystery, and it’s commendable that the makers eschew overplaying it, while also retaining it in just the right measure to keep proceedings riveting.

Towards the end, after the nail bomber is convicted, the survivors gather to raise a toast to “new beginnings”. One of them, who lost a limb in the bombing, disagrees. We too disagree for pretty much the same reason. “Haters can never win,” affirms an optimist, and we can only hope that such dreams come true in the real world.

Loading...
Denial of responsibility! TechiLive.in is an automatic aggregator around the global media. All the content are available free on Internet. We have just arranged it in one platform for educational purpose only. In each content, the hyperlink to the primary source is specified. All trademarks belong to their rightful owners, all materials to their authors. If you are the owner of the content and do not want us to publish your materials on our website, please contact us by email – [email protected]. The content will be deleted within 24 hours.
BomberDaniel VernondiscomfitingDocumentaryentertainment newsEntertainment updateexperienceManhunt
0
Share

Everyone Has a Theory About Shopping Carts