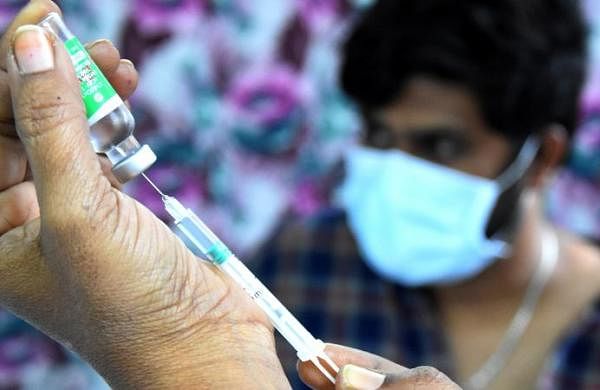 NEW DELHI: One in four people experience mild, short lived systemic side effects after receiving either the COVID-19 preventive by Pfizer or AstraZeneca vaccine — known as Covishield in India — with headache, fatigue and tenderness the most common symptoms, according to a study published in the Lancet Infectious Diseases journal.

The researchers from King’s College London in the UK also found that most systemic side effects — meaning side effects excluding where the injection took place — peaked within the first 24 hours following vaccination and usually lasted 1-2 days.

The analysis of data from the ZOE COVID Symptom Study app found much fewer side effects in the general population with both the Pfizer and AstraZeneca vaccines than reported in trials.

The drop in infection at least 21 days after the first dose for Pfizer is 69 per cent and for AstraZeneca 60 per cent, according to the study.

Local side effects — meaning side effects where the injection took place in the arm — included pain at the site of injection, swelling, tenderness, redness, itch, warmth and swollen armpit glands.

“The data should reassure many people that in the real world, after effects of the vaccine are usually mild and short-lived, especially in the over 50’s who are most at risk of the infection,” said Professor Tim Spector, lead scientist on the ZOE COVID Symptom Study app and Professor at King’s College London.

The data comes from 627,383 users of the ZOE COVID Symptom Study app who self-reported systemic and local effects within eight days of receiving one or two doses of the Pfizer vaccine or one dose of the AstraZeneca vaccine between December 8 and March 10.

The study also found that side effects were more common among people under 55 years of age and among women.

Participants who had a confirmed case of prior COVID-19 were three times more likely to have side effects that affect the whole body after receiving doses of the Pfizer vaccine than those without known infection.

Those with a confirmed case of prior COVID-19 number were almost twice more likely to have side effects that affect the whole body after the first dose of the AstraZeneca vaccine.

People with prior known COVID-19 infection were also more likely to experience local side effects, the researchers said.

The researchers noted that in Phase III clinical trials of the Pfizer vaccine, the most common side effects were pain at the injection site (71-83 per cent), fatigue (34-47 per cent) and headache (25-42 per cent).

Similarly, in Phase III trials for the AstraZeneca vaccine, systemic side effects were found in 88 per cent of younger participants (18-55 years) after the first dose but the study found a significantly lower rate of 46.

2 per cent after the first dose.

“Our results support the after effects safety of both vaccines with fewer side effects in the general population than reported in the Pfizer and AstraZeneca experimental trials and should help allay safety concerns of people willing to get vaccinated,” Spector added.

Denial of responsibility! TechiLive.in is an automatic aggregator around the global media. All the content are available free on Internet. We have just arranged it in one platform for educational purpose only. In each content, the hyperlink to the primary source is specified. All trademarks belong to their rightful owners, all materials to their authors. If you are the owner of the content and do not want us to publish your materials on our website, please contact us by email – [email protected]. The content will be deleted within 24 hours.
AstraZeneca vaccinecoronavirusCovid19covishieldCovishield vaccineeffectsexperienceLancet
0
Share