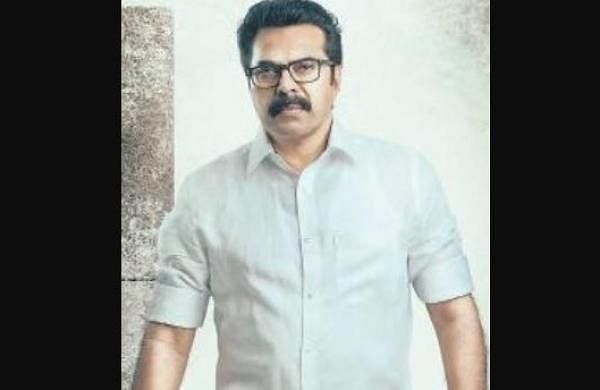 Writers Bobby and Sanjay have in the past delivered a multitude of memorable titles from contemporary Malayalam cinema. Their ideas have fuelled countless discussions among cinephiles. Their latest film, One, is directed by Santosh Vishwanath, who made a promising debut with the brilliant satire Chirakodinja Kinavukal. One, however, is a classic example of something that begins with a bang but ends with a whimper.

The initial portions show much promise. An incident leads to a Facebook post against Kadakkal Chandran (Mammootty), which is then taken advantage of by the opposition party. The chaos created doesn’t last very long. The CM finds an immediate solution. He then uses the situation to his advantage. His intentions are good, though. A college student, Sanal (Mathew Thomas), and his activism-minded batchmate (Ishaani Krishna) become part of his PR machinery. However, the opposition party, led by Marampalli Jayanandhan (Murali Gopy), is unrelenting. They all want Chandran to step down. Then comes an unexpected, refreshing pre-interval moment that raises some questions. That’s conflict #1. Then Chandran talks about his wish to introduce a bill. That’s conflict #2.

Chandran is simply a vessel for Bobby and Sanjay to present a debatable idea — the Right to Recall bill, which would allow the electorate, when unsatisfied with their elected representative, the right to remove them from power. Naturally, Jayanandhan and his allies, who see politics as a business — his own words — don’t like the idea. Interestingly, this bill would also be detrimental to the corrupt members of the CM’s party.

This idea gives the writers and director ample opportunities for staging some of the film’s most riveting dialogue-driven moments. The finale in the old Assembly Hall is my favourite moment, and half of the credit goes to Murali Gopy, who gives us another mesmerisingly commanding turn after Drishyam 2. I found Jayanandhan to be a worthy successor to Murali’s MP Jayakrishnan from The King. He is a slimeball of the highest order, and his very presence invites derision. The film is at its strongest whenever Mammootty and Murali Gopy are firing salvos at each other. We don’t need fight sequences when there are sharp words, do we? Also noteworthy is the moving interactions between Mammootty and Joju George (as the former’s best friend and party secretary).

However, the same energy is not felt in the rest of the film. Though Mathew Thomas (of Kumbalangi Nights) makes a significant contribution as Sanal, some of the other characters seem like an afterthought. I’m still wondering whether Nimisha Sajayan’s presence, as Chandran’s sister, was necessary. The few so-called ‘emotional’ moments featuring her and Chandran look so out of place. Or what about that police station scene with Sanal’s sister, which seemed to me as nothing more than a ‘mass’ moment forcefully added just because, well, it’s a Mammootty film. The effect generated is similar to what happened in the climax of Unda. This break in tone is so jarring. And Gopi Sundar’s annoyingly repetitive background score makes things much worse.

One would have been more impactful had it focussed simply on the two abovementioned conflicts. I won’t say what the first one is because it’s spoiler-territory. However, I can say it’s a clever idea that remains in the background throughout the film. It makes us concerned about Chandran. You fear its interference when he is making some of the most pivotal decisions. And I would disagree with anyone who draws parallels between Chandran and Kerala’s existing CM. Aside from a few obvious influences, Kadakkal Chandran is a fictitious creation — and Mammootty, as expected, pulls it off effortlessly. He looks and behaves like a CM. But is that all?

Denial of responsibility! TechiLive.in is an automatic aggregator around the global media. All the content are available free on Internet. We have just arranged it in one platform for educational purpose only. In each content, the hyperlink to the primary source is specified. All trademarks belong to their rightful owners, all materials to their authors. If you are the owner of the content and do not want us to publish your materials on our website, please contact us by email – admin@techilive.in. The content will be deleted within 24 hours.
Loading...
entertainment newsEntertainment updateIdeaInterestinglacklustreexecutionMammoottynews updateOne review
0
Share

6 Summer Recipes Of North India That Never Cease To Impress