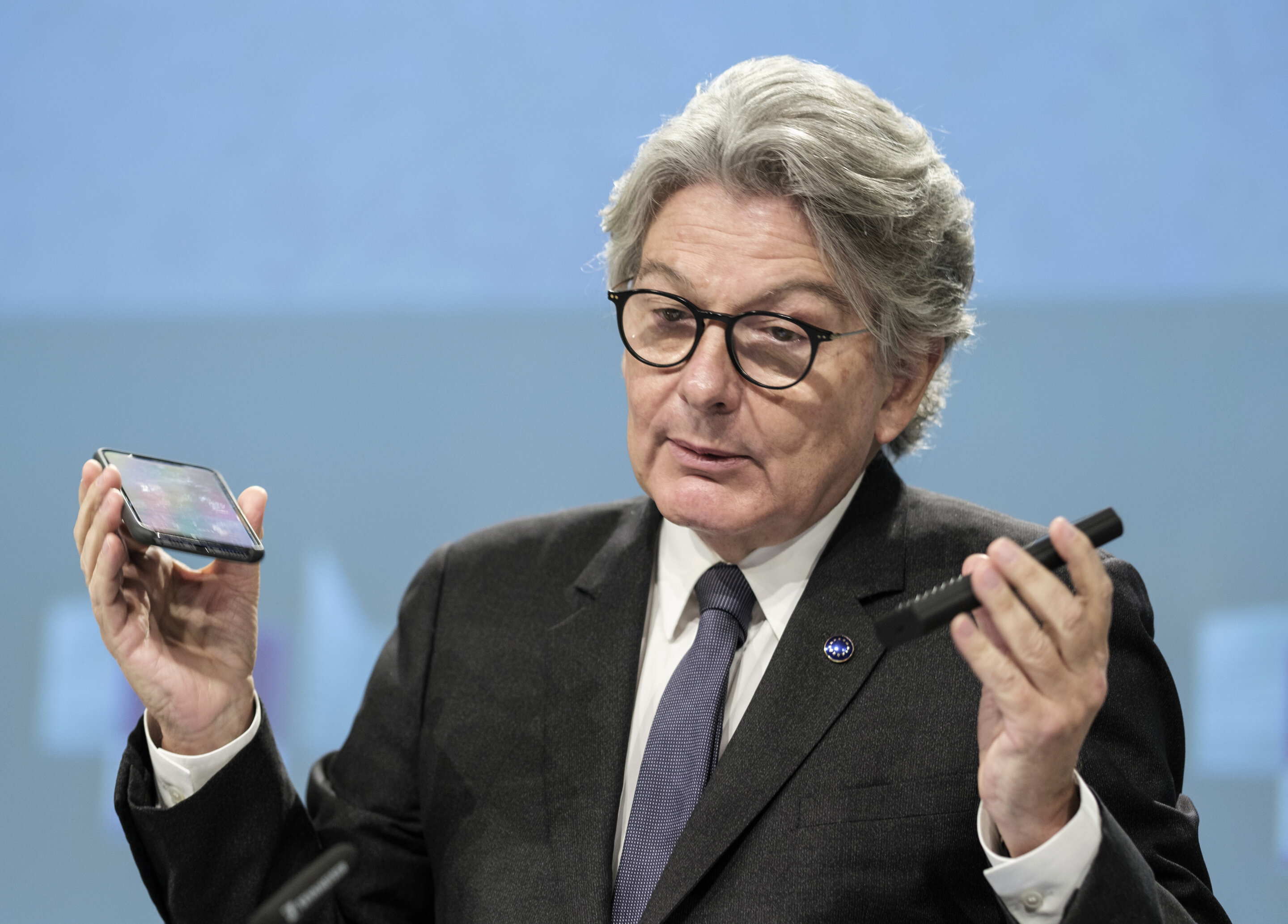 One to charge them all: EU demands single plug for phones

The European Commission, the bloc’s executive arm, proposed legislation that would mandate USB-C cables for charging, technology that many device makers have already adopted. The main holdout is Apple, which said it was concerned the new rules would limit innovation, and that would end up hurting consumers. iPhones come with the company’s own Lightning charging port, though the newest models come with cables that can be plugged into a USB-C socket.

The push by the EU will certainly be cheered by the millions of people who have rummaged through a drawer full of cables for the right charger. But the EU also wants to cut down on the 11,000 metric tons of electronic waste thrown out every year by Europeans.

The commission said the typical person living in the EU owns at least three chargers, and use two regularly, but 38% of people report not being able to charge their phones at least once because they couldn’t find a compatible charger. Some 420 million mobile phones or portable electronic devices were sold in the EU last year.

The new rules also call for standardizing fast charging technology and giving consumers the right to choose whether to buy new devices with or without a charger, which the EU estimates will save consumers 250 million euros ($293 million) a year.

After attempting for more than a decade to cajole the industry into adopting a common standard – efforts that whittled dozens of different charging plugs down to a handful – the EU’s executive Commission is pushing the issue.

“Chargers power all our most essential electronic devices. With more and more devices, more and more chargers are sold that are not interchangeable or not necessary. We are putting an end to that,” Thierry Breton, the EU’s internal market commissioner, said. “With our proposal, European consumers will be able to use a single charger for all their portable electronics – an important step to increase convenience and reduce waste.”

Companies will get two years to adapt to the new rules once they take effect. The rules would apply only to electronics sold in the European single market’s 30 countries, but, like the EU’s strict privacy regulations, they could end up becoming a de facto standard for the rest of the world.

Apple said it shared the European Commission’s commitment to protecting the environment but questioned whether the proposals would help consumers.

“We remain concerned that strict regulation mandating just one type of connector stifles innovation rather than encouraging it, which in turn will harm consumers in Europe and around the world,” the company said in a statement.

Breton denied that the new rules would slow innovation.

“If Apple wants to continue to have their own plug, they will have the ability to do it. It’s not against innovation, it’s just to make the lives of our fellow citizens a little bit more easy,” Breton said at a press briefing in Brussels, adding that device makers could still put two different ports on their phones if they want.

Under the proposed law, which must still be scrutinized and approved by the European Parliament, phones, tablets, digital cameras, handheld video game consoles, headsets and headphones sold in the European Union would all have to come with USB-C charging ports. Earbuds, smartwatches and fitness trackers aren’t included.

Denial of responsibility! TechiLive.in is an automatic aggregator around the global media. All the content are available free on Internet. We have just arranged it in one platform for educational purpose only. In each content, the hyperlink to the primary source is specified. All trademarks belong to their rightful owners, all materials to their authors. If you are the owner of the content and do not want us to publish your materials on our website, please contact us by email – [email protected]. The content will be deleted within 24 hours.
chargedemandsgadget updatephonesPlugsingletech newstech update
Share