Notice: amp_is_available was called incorrectly. `amp_is_available()` (or `amp_is_request()`, formerly `is_amp_endpoint()`) was called too early and so it will not work properly. WordPress is currently doing the `pre_get_posts` hook. Calling this function before the `wp` action means it will not have access to `WP_Query` and the queried object to determine if it is an AMP response, thus neither the `amp_skip_post()` filter nor the AMP enabled toggle will be considered. It appears the theme with slug `publisher` is responsible; please contact the author. Please see Debugging in WordPress for more information. (This message was added in version 2.0.0.) in /home/runcloud/webapps/techilive/wp-includes/functions.php on line 5313
 OnePlus 9T May Feature Samsung LTPO Full-HD+ Display With 120Hz Refresh Rate - TechiLive.in 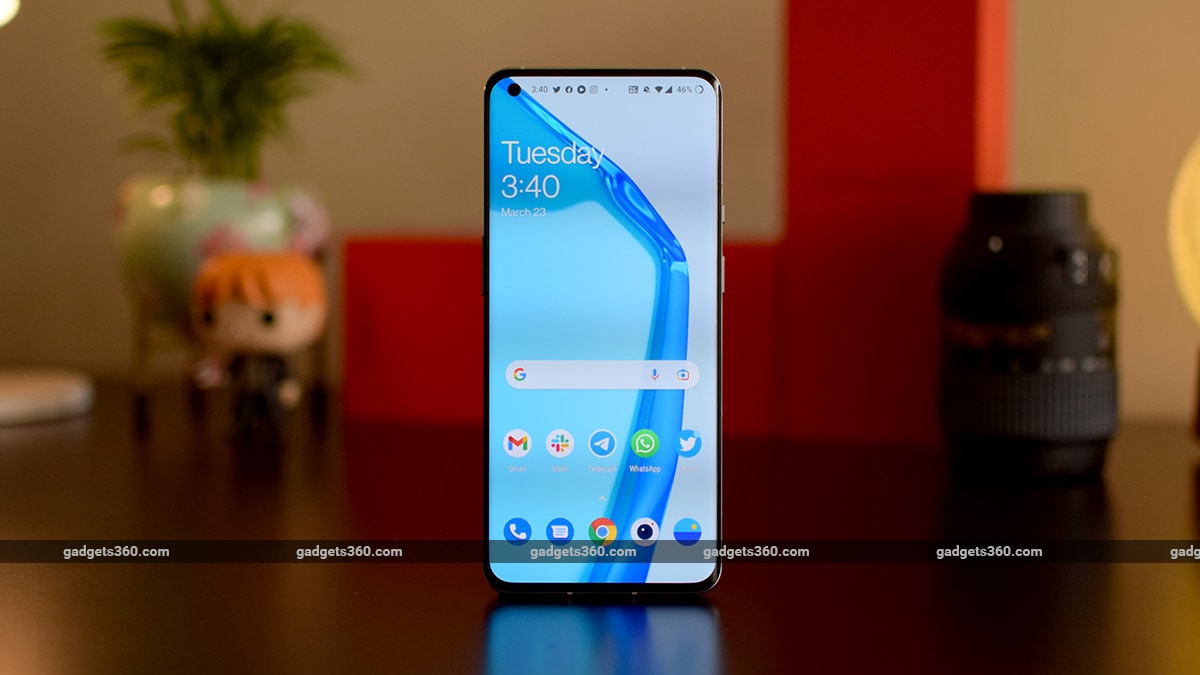 OnePlus 9T specifications have been leaked by a tipster ahead of it being officially announced by the company. The Android phone is said to feature a Samsung LTPO OLED display with a 120Hz variable refresh rate. The phone is rumoured to be the next flagship offering from OnePlus based on its smartphone release trends. The company launched the OnePlus 8T following the OnePlus 8 series last year and is now expected to do the same with the OnePlus 9T. The OnePlus 9 Pro also carries an AMOLED LTPO display with a 120Hz refresh rate.

OnePlus launches a T-variant of its flagship phones typically around six months after the release of the flagship series. The OnePlus 8 series was launched in April last year and the OnePlus 8T came in October. The company is expected to continue this trend with its OnePlus 9 series as well and bring a OnePlus 9T later in the year.

An LTPO display allows the phone to clock down from a 120Hz refresh rate to as low as 1Hz depending on the use case, which effectively improves the phone’s battery life. In our review, we found that the OnePlus 9 Pro consistently managed to deliver a full day’s worth of battery life and ran just shy of 16 hours in our HD video loop test. Now, how much of this was due to the LTPO display cannot be confirmed. But, it should be noted that the OnePlus 9 Pro has a higher resolution display compared to the rumoured full-HD+ display on the OnePlus 9T.

It is also expected that this year — much like last year — the company won’t launch a OnePlus 9T Pro, as it did with the older generation OnePlus 7T series. As of now, OnePlus has not shared any information on the OnePlus 9T.

Vineet Washington writes about gaming, smartphones, audio devices, and new technologies for Gadgets 360, out of Delhi. Vineet is a Senior Sub-editor for Gadgets 360, and has frequently written about gaming on all platforms and new developments in the world of smartphones. In his free time, Vineet likes to play video games, make clay models, play the guitar, watch sketch-comedy, and anime. Vineet is available on vineetw@ndtv.com, so please send in your leads and tips.
More

Denial of responsibility! TechiLive.in is an automatic aggregator around the global media. All the content are available free on Internet. We have just arranged it in one platform for educational purpose only. In each content, the hyperlink to the primary source is specified. All trademarks belong to their rightful owners, all materials to their authors. If you are the owner of the content and do not want us to publish your materials on our website, please contact us by email – admin@techilive.in. The content will be deleted within 24 hours.
Loading...
120HzDisplayfeatureFullHDgadget updateLTPOOnePlusOnePlus 9
0
Share

Japan’s hosting of Olympics in pandemic ‘not normal’, adviser warns