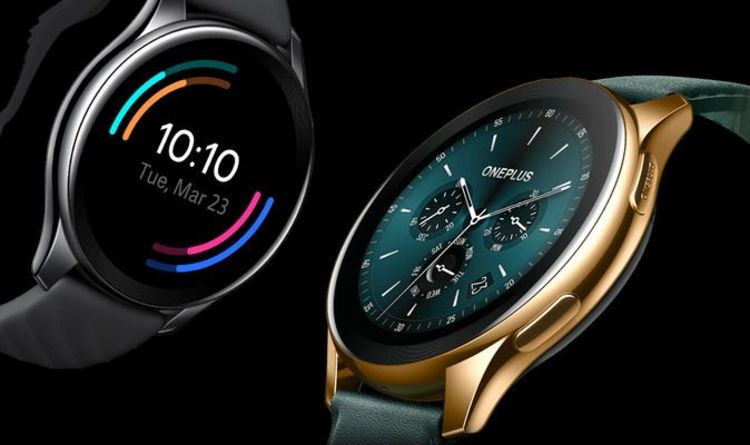 OnePlus Watch is the first wearable from the Shenzhen-based company after it scrapped its previous attempt months before the announcement. As fitness trackers have skyrocketed in popularity in recent years, OnePlus is taking on the likes of Apple Watch, Samsung Galaxy Watch, Moto 360, and Fitbit with its debut attempt: OnePlus Watch.

According to OnePlus, the OnePlus Watch is designed to “integrate into the daily digital life of OnePlus users, offering stylish design, seamless connection, smart fitness tracking and incredibly long battery life”. It’s the latter that looks like it could really set the OnePlus Watch apart from its closest competition. The Chinese firm claims wearers will be able to go a fortnight between recharges, thanks to the 402mAh cell.

For the most active users, who rely on OnePlus Watch to track physical activity on a regular basis, that battery life will drop to a single week. That’s comparable to wearables from Fitbit, but much longer than what you’re able to eke out from an Apple Watch or Samsung Galaxy Watch Active. As you’d expect from OnePlus, which is known for its speedy smartphone charging technology, OnePlus Watch won’t need to be plugged into a wall outlet for long to get you up-and-running. According to the company, five minutes on the charger is enough to deliver a full day of power, while those who want to go two weeks between charges need only plug it in for 20 minutes.

Like the smartwatches we’ve seen from Samsung, OnePlus has opted for a circular touchscreen display. This looks more like a traditional timepiece and stands out compared to Apple and Fitbit’s wearable efforts.

The 46mm case is crafted from stainless steel, with 2.5D curved glass to protect the 1.3-inch AMOLED screen. A glossy CD pattern has been etched into the display bezel for “an added touch of class,” OnePlus says. A limited-edition version of the OnePlus Watch will use sapphire to protect the touchscreen. Not only that, but the watch case of the Limited Edition is crafted from cobalt alloy, a unique hypoallergenic material that is twice as hard and more corrosion resistant than traditional stainless steel.

But regardless of whether you’ve got the standard model or the OnePlus Watch Cobalt Limited Edition, you’ll be able to track a shedload of workouts using this wearable.

OnePlus has pre-programmed its smartwatch with 110 different types of workout. There is also automatic workout detection for jogging and running, so you won’t need to bother scrolling through settings menus before you set off on your morning run. And with an IP68 water and dust resistance rating, the OnePlus Watch will be able to shrug off workouts in the rain, sweat, and swims. The latter is thanks to the 5ATM rating, which means the OnePlus Watch is water-resistant to up to 50 metres of freshwater for 10 minutes.

Exercise performance is measured with metrics like pulse, distance, calories, speed monitoring and SWOLF efficiency for swimmers. With a built-in GPS, the OnePlus Watch tracks all your activity accurately, even when the phone is not next to you. It also offers blood oxygen saturation monitoring, stress detection, breathing training, rapid heart rate alerts and sedentary reminders, all easily manageable on the OnePlus Health app.

OnePlus Watch doesn’t use Samsung’s Tizen OS nor does it leverage Google’s Wear OS. Instead, the newest smartwatch is powered by OnePlus’ own operating system. There’s not a whole lot of detail on what exactly that means for wearers right now, but OnePlus claims its new gadget will be able to handle all the usual smartwatch features we’ve come to expect from Google, Fitbit and Samsung. That includes viewing and responding to notifications, making and answering phone calls, playing music and taking photos.

The OnePlus Watch comes with 4 GB of standalone storage (2 GB for actual use), enough for over 500 songs, and is compatible with most Bluetooth earbuds for wireless music playback on the go. It also connects with the OnePlus TV, acting as a smart remote control that can lower volume when a call comes in or even turn off the TV before when it detects that you have fallen asleep.

The OnePlus Watch starts at £149 and availability across Europe will be shared in the following weeks, OnePlus says. Stay tuned to Express.co.uk for all the latest information on release date.

Why are my apps not working on my Android tablet?