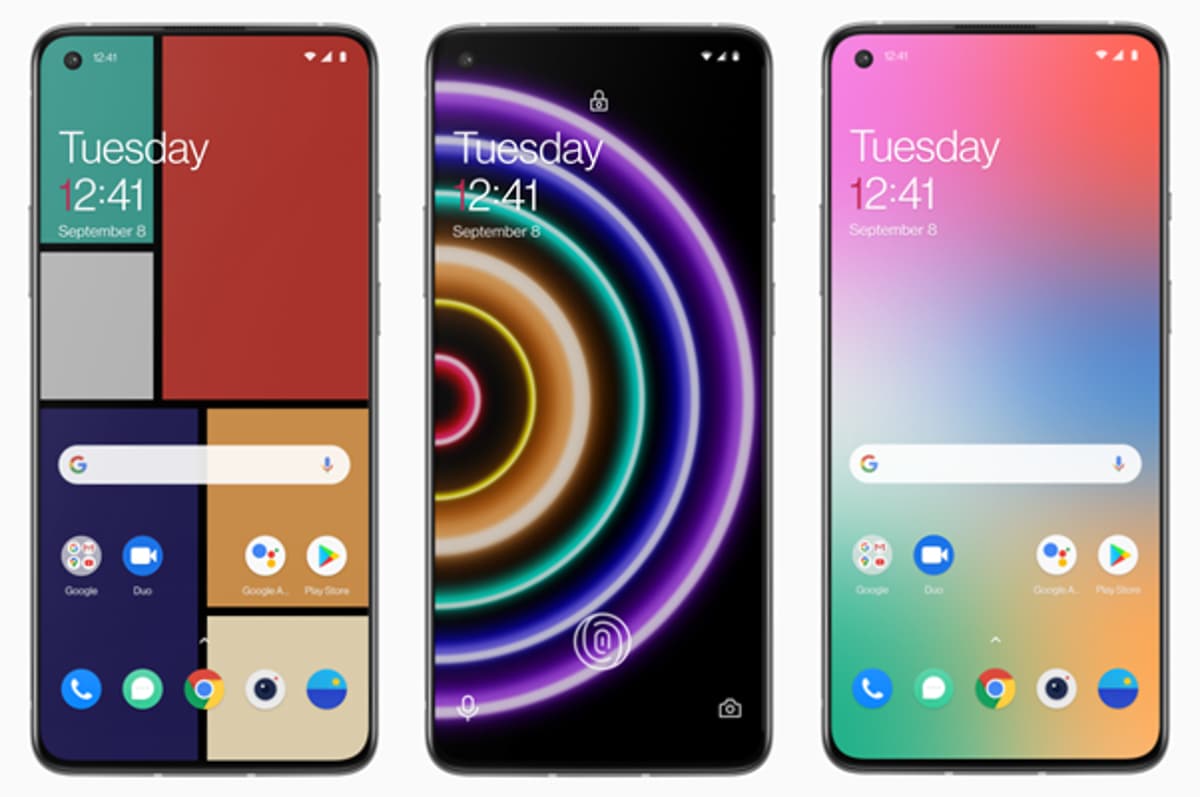 OnePlus has introduced a new Wellpaper app for Android users, enabling users to understand the number of hours they use their phone and which apps they use the most, in a more creative way. The app has been developed by the new OneLabs team that recently introduced the Clipt app for enabling clipboard-like functionality across multiple devices. The new Wellpaper app – a play on the words wellbeing and wallpaper – brings three dynamic live wallpapers that keep changing based on your smartphone usage data, allowing you to visualise and better understand your day-to-day phone screen time.

This new Wellpaper app from OneLabs is available on Google Play store as a free download. The app asks for permission to track app usage data initially and offers three new wallpapers to choose from. The first one is called Composition and it comes with shifting tiles, inspired by Piet Mondrian’s Composition II & III. The six coloured tiles represent different app categories, covering all the apps you use. The tiles will change according to the app screen time in that category. Tapping on the wallpaper will show category names and screen times for two seconds. Arrows in each section indicate if the screen time is higher or lower than the previous day.

The other wallpaper available inside the Wellpaper app is called Glow and it offers six neon rings that represent different app categories. Their thickness will change based on how much of your daily limit is used. The last one is called Radial and it comes with six coloured blended circles representing different app categories. The app category that is most used will see the corresponding colour circle’s size increase compared to the others.

Inside the Wellpaper app, there is a screen time tab that lets you set your daily target. It also offers you a breakdown of the time consumed on each app, segregated into sections. OnePlus says that it tries to save battery by keeping Wellpaper static when the phone is locked, and only allows redrawing when the phone gets unlocked. “We even put in some delay if the user is constantly locking/unlocking their phone. Therefore, the battery consumption should be a lot closer to the stock wallpaper than a traditional live wallpaper, the company says in its blog.

Tasneem Akolawala is a Senior Reporter for Gadgets 360. Her reporting expertise encompasses smartphones, wearables, apps, social media, and the overall tech industry. She reports out of Mumbai, and also writes about the ups and downs in the Indian telecom sector. Tasneem can be reached on Twitter at @MuteRiot, and leads, tips, and releases can be sent to [email protected]
More
Loading...

Cruella Pirated on Torrent Sites Months Ahead of India Release

Denial of responsibility! TechiLive.in is an automatic aggregator around the global media. All the content are available free on Internet. We have just arranged it in one platform for educational purpose only. In each content, the hyperlink to the primary source is specified. All trademarks belong to their rightful owners, all materials to their authors. If you are the owner of the content and do not want us to publish your materials on our website, please contact us by email – [email protected]. The content will be deleted within 24 hours.
Loading...
Appdynamic wallpapersgadget updateletsLiveonelabsOnePlusoneplus onelabs wellpaper app android google play store rollout three new dynamic wallpapers wellbeing oneplus
0
Share