Notice: amp_is_available was called incorrectly. `amp_is_available()` (or `amp_is_request()`, formerly `is_amp_endpoint()`) was called too early and so it will not work properly. WordPress is currently doing the `pre_get_posts` hook. Calling this function before the `wp` action means it will not have access to `WP_Query` and the queried object to determine if it is an AMP response, thus neither the `amp_skip_post()` filter nor the AMP enabled toggle will be considered. It appears the theme with slug `publisher` is responsible; please contact the author. Please see Debugging in WordPress for more information. (This message was added in version 2.0.0.) in /home/runcloud/webapps/techilive/wp-includes/functions.php on line 5313
 Op-Ed: Naomi Osaka's withdrawal from the French Open was a stand for disability rights - TechiLive.in 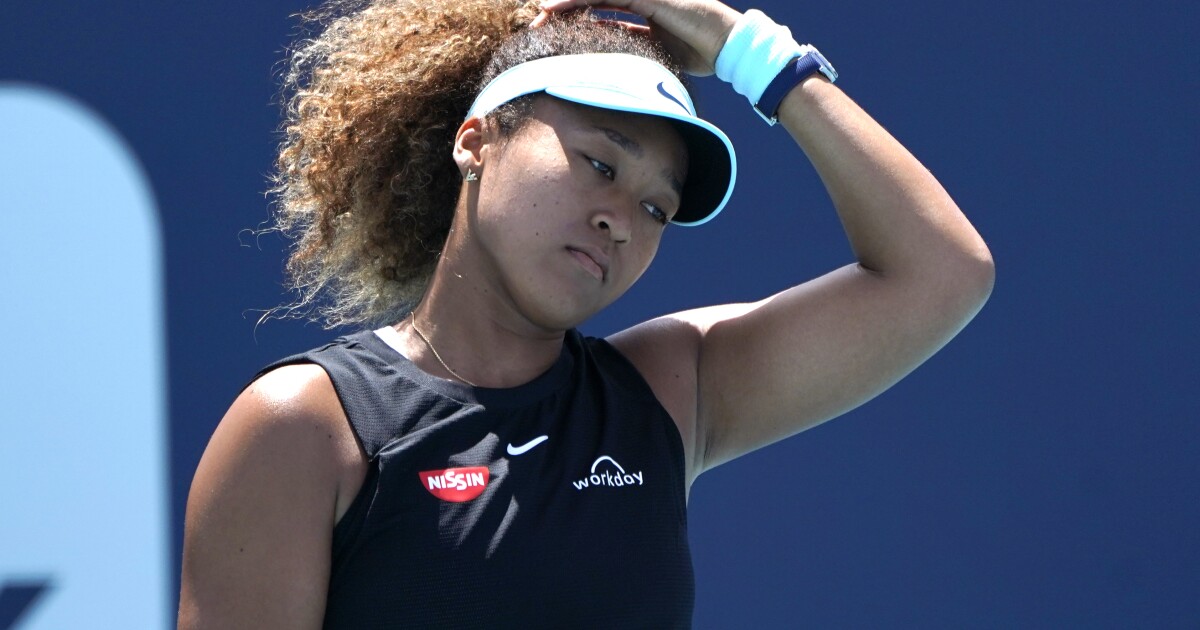 Op-Ed: Naomi Osaka’s withdrawal from the French Open was a stand for disability rights

When Naomi Osaka exited the French Open this week, the tennis champion wasn’t just shielding herself; she was defending her rights as a disabled person.

She may not have put it that way. But Osaka is a perfect example of how one can be both able-bodied and disabled.

Under the Americans With Disabilities Act, emotional and psychiatric impairments such as depression and anxiety are disabilities. If you’re treated unfairly in a public place or employment situation because of these impairments, you have a valid discrimination suit. Of course, the French Open is not within the ADA’s jurisdiction. But if it were, the French Open, along with the Women’s Tennis Assn. and the International Tennis Federation, could be liable for failing to make a reasonable accommodation for Osaka’s emotional needs.

Osaka announced last week that she would not participate in the French Open’s news conferences due to a “disregard for athletes’ mental health.” She then won her first round of the tournament and skipped the post-match press conference. She was fined $15,000 by Grand Slam tournament administrators. They also threatened her with expulsion from future matches if she continued to ignore media obligations.After her subsequent withdrawal from the French Open and announcement that she has suffered from depression, officials walked back their previous statement and gave vague offers of support and sympathy.

But what Osaka deserves isn’t pity or even kindness. She needs a modification to make these events accessible for her, such as being allowed to compete without participating in post-match press conferences. As someone who is physically disabled, I know firsthand that when such a change is not granted it sends a chilling message to all members of the disability community.

According to the World Health Organization, an estimated 264 million people globally have depression. In the U.S., roughly 26% of Americans 18 and over have diagnosable mental disorders, reports Johns Hopkins Medical Center. Accommodating Osaka’s depression and anxiety would not be a special privilege, but a reasonable accommodation for an all too ordinary condition that more people should recognize.

Press conferences are required of most professional athletes by the leagues to which they belong. The players are considered representatives of their sports, and more media attention to a specific league or team helps draw bigger audiences and sell more merchandise. But effectively forcing Osaka to drop out doesn’t do the tennis world’s bottom line any good either.

To be sure, the ADA is a complicated document and it might be difficult for other governing bodies to adopt their own versions. Still, the landmark law, which was enacted in 1990, broadly defines disability as any “physical or mental impairment that substantially limits one or more major life activities.” It applies to anyone who appears to be or is thought of as disabled. Specific diagnoses are irrelevant: It’s about an inability to accomplish tasks in traditional ways, as well as any stigmas related to being physically or mentally different.

Its applicability to mental illnesses was established by the Supreme Court in 1999 in the case of Olmstead vs. L.C. That case involved two Georgia women who each had diagnoses of different mental health conditions and intellectual disabilities. They sued the state of Georgia to permit them to receive their periodic treatments in their home communities rather than having to live in state-run institutions to be treated. The case was heard by the Supreme Court, which ruled in their favor in 1999, establishing for legal purposes that mental illnesses are ADA-protected forms of disabilities.

The Olmstead decision was about institutionalization, not tennis. But since then, there have been many other cases in which employees have gone to court to get their employers to make necessary modifications for their mental health needs.

The ADA challenges both employers and employees to think about accommodations — ideally, they work together to come up with fair solutions. Disabled employees (or job candidates) must be clear about what they need to be able to perform the essential duties. They should put in specific requests, such as fatigue breaks, or telecommuting when possible or, as with Osaka, the right to wear headphones to “dull my social anxiety,” as she said on social media.

For employers, the challenge is to specify the necessary requirements of the job. For example, if an administrative assistant can manage a calendar and input data as required, does it matter if they lack the dexterity to serve coffee?

If Gilles Moretton, the president of the French Federation of Tennis, is sincere about being “committed to all athletes’ well-being and to continually improving every aspect of players’ experience in our Tournament, including with the Media,” the least he and the other leaders of the sports world could do is reconsider the essential tasks required of players. Is it truly necessary that Osaka participate in press conferences?

Ben Mattlin is a writer in Los Angeles who covers disability issues and the author of two books, including “In Sickness and in Health.”

Denial of responsibility! TechiLive.in is an automatic aggregator around the global media. All the content are available free on Internet. We have just arranged it in one platform for educational purpose only. In each content, the hyperlink to the primary source is specified. All trademarks belong to their rightful owners, all materials to their authors. If you are the owner of the content and do not want us to publish your materials on our website, please contact us by email – admin@techilive.in. The content will be deleted within 24 hours.
disabilityFrenchNaominews updateOpEdOpenOsakasrights
0
Share