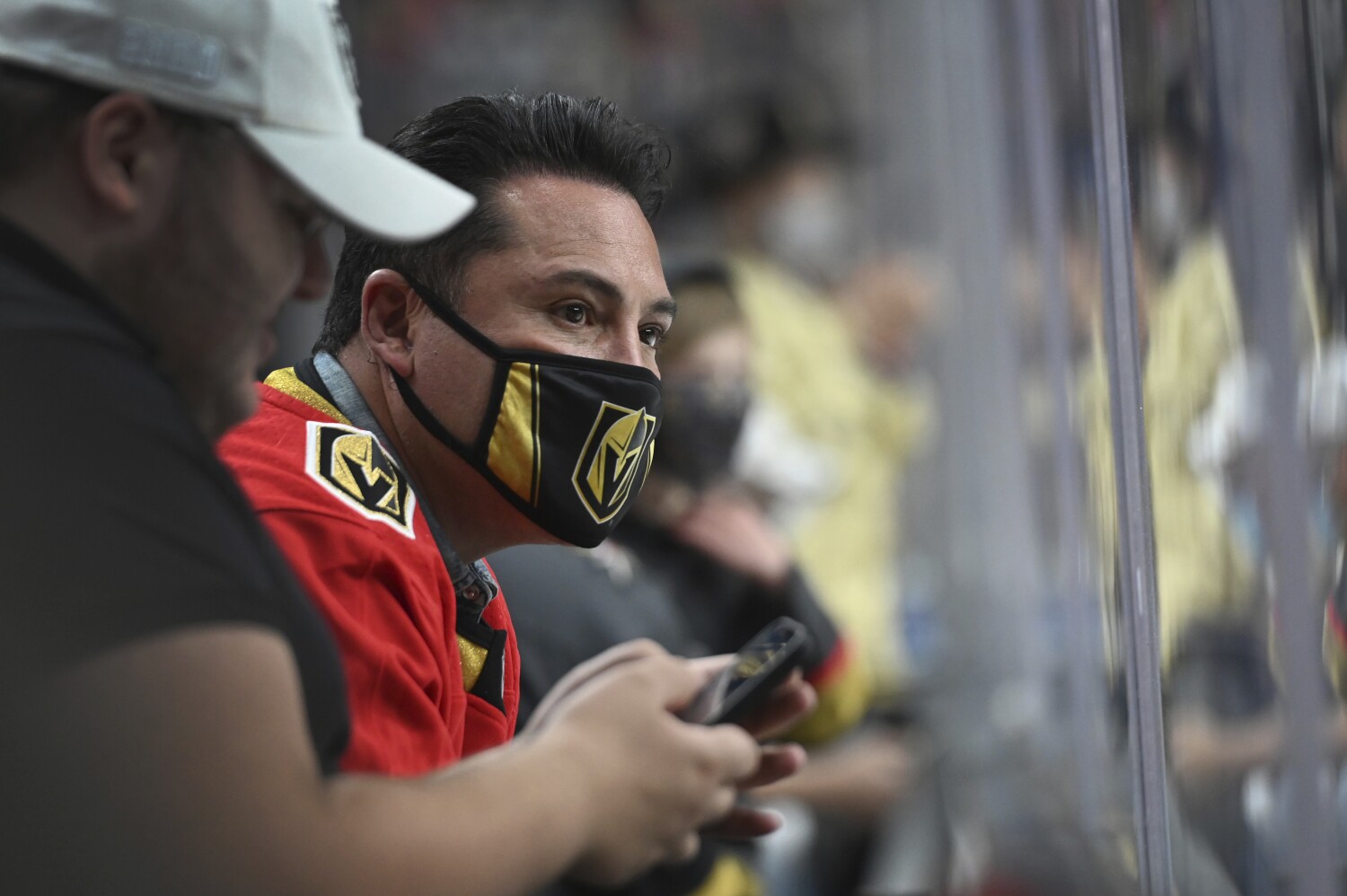 De La Hoya, 48, is currently hospitalized due to COVID-19 and his Triller pay-per-view fight Sept. 11 against Vitor Belfort at Staples Center has been canceled.

“Wanted you to hear directly from me that despite being fully vaccinated, I have contracted Covid and am not going to be able to fight next weekend,” De La Hoya wrote on social media. “Preparing for this comeback has been everything to me over the last months, and I want to thank everyone for their tremendous support.

“I am currently in the hospital getting treatment and am confident I will be back in the ring before the year is up. God bless everyone and stay safe.”

Triller, the upstart entertainment app turned boxing producer, is now trying to salvage the show by finding a replacement opponent.

Triller has called on four-time heavyweight champion Evander Holyfield, 58, to face the former UFC champion Belfort, but the bout would need to be approved by the California State Athletic Commission.

It’s highly unlikely the CSAC would approve a professional bout between Holyfield and Belfort. In November, the CSAC called for the Mike Tyson versus Roy Jones Jr. fight to be an exhibition. Tyson was 54 years old at the time and Jones was 51.

Triller could also move the event out of California, with Florida being one option. UFC legends Anderson Silva and Tito Ortiz were slated to fight in the co-featured bout.

Holyfield has ties with Triller and was slated to fight former Tyson-conqueror Kevin McBride in an exhibition this summer as a pay-per-view co-feature, but it never materialized because the event it was providing chief support to has been rescheduled several times.

Earlier this week, it was revealed that Holyfield filed an arbitration demand against Triller with the California-based JAMS mediation service seeking more than $5 million he says he’s owed for the McBride fight.

Holyfield and McBride were supposed to fight in an eight-round exhibition in two-minute rounds without headgear. The match would not not have been reflected on their professional records. Holyfield last fought as a pro in 2011.

De La Hoya’s bout with Belfort, 44, was approved by the CSAC as a professional fight for eight rounds at two minutes each without headgear.

Earlier this week, De La Hoya held court with a small group of reporters for 30 minutes at his Golden Boy headquarters in downtown Los Angeles. During the conversation, De La Hoya explained his motivation for returning to the ring, revealing that he was raped at 13.

“I’m fighting to put closure on my roller coaster of a story … and to say, ‘I did it my way’ is just monumental,” De La Hoya said before contracting the virus. “It’s a story that has had a lot of ups and downs. Fortunately I have this opportunity to just close it and get some peace of mind, and fight those demons away.”

The opportunity must now wait, as the only fight that currently matters is De La Hoya successfully defeating the virus.

Loading...
Denial of responsibility! TechiLive.in is an automatic aggregator around the global media. All the content are available free on Internet. We have just arranged it in one platform for educational purpose only. In each content, the hyperlink to the primary source is specified. All trademarks belong to their rightful owners, all materials to their authors. If you are the owner of the content and do not want us to publish your materials on our website, please contact us by email – [email protected]. The content will be deleted within 24 hours.
BelfortcontractsCovid19FightHoyanews updateOscarSept
Share

Charli and Dixie D’Amelio, TikTok Titans, Want to Become the Next TV Stars

Amazon-Branded TV to Roll Out in US by October: Report