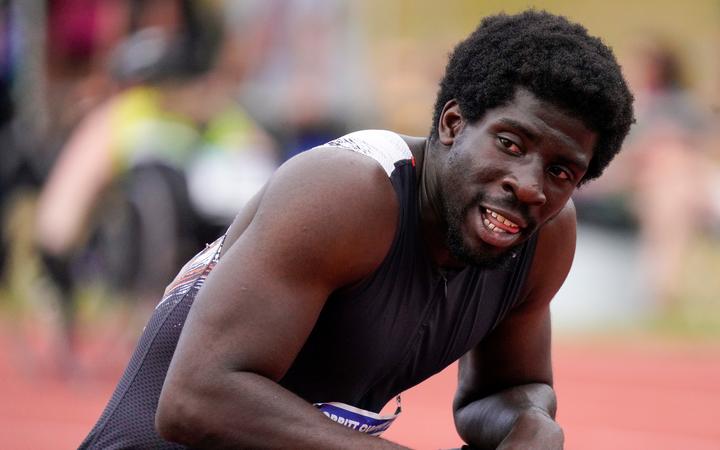 Young sprinter Edward Osei-Nketia has committed to track and field for the next couple of years, after considering a new career in rugby.

Osei-Nketia, 20, entertained switching sports after failing to better the New Zealand 100m record held by his dad, Gus Nketia, and secure selection for the Tokyo Olympics.

But his coach Gary Henley-Smith says Osei-Nketia will be on the track, not the rugby field this summer.

“Eddie is determined to run even faster this year,” Henley-Smith said.

“I think he’s pretty motivated to try and get his dad’s record and also try and qualify for the world champs as well as the Commonwealth Games.”

Henley-Smith concedes it was difficult to pick his charge up again after he missed out on the Olympics.

“There’s no doubt that he was thinking about doing other things and wasn’t quite sure where he was going.

“Rugby, rugby league, he was even thinking about gridiron. There’s been a number of things going through his mind. I think it was a bit of a crossroads for him.

“He was at home (in Canberra) for a number of months talking through with his family where he was going to and they were very supportive of him just training and getting back into the next track season.” 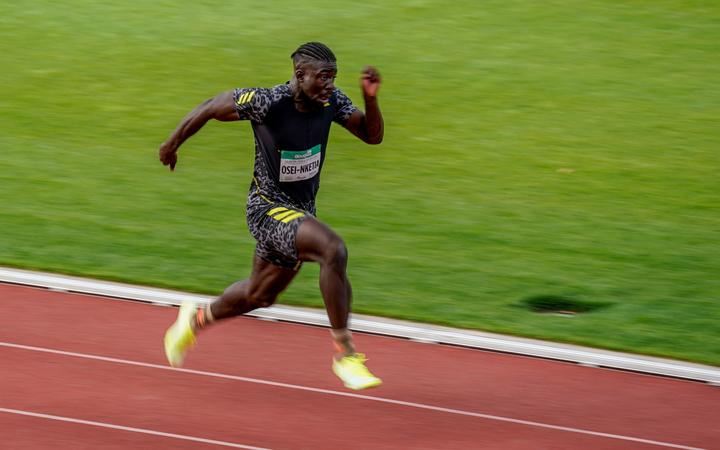 Ultimately though it was up to Osei-Nketia to make the call.

“We left him alone to really think about what he wanted to do. I think he made that decision for himself which was really good.

“We were always keen for him to stay in athletics and to give sprinting a go for the next couple of years and hopefully look towards the Olympics in three years time.

“It wasn’t us telling him what to do, it was him making that decision which was really important for him to do because then he’ll be fully committed to that.”

Henley-Smith reminded Osei-Nketia he is only 20 years old and running faster than a number of the world’s top sprinters at the same age.

“I think he probably realised that he has got a future and…he could do something quite special for New Zealand.”

Gary Henley-Smith expects it is only a matter of time before he smashes his dad’s national record of 10.11 secs, which has stood since the 1994 Commonwealth Games.

“There’s no doubt that he has the potential of running very fast. If he stays healthy, looks after himself and does the right thing I think there’s no reason why he can’t run under 10 flat in the next couple of years.” 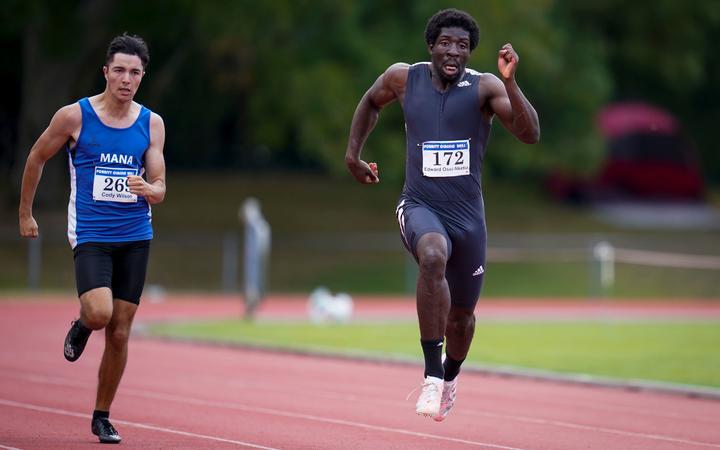 The top six in the last two Olympic finals also ran sub 10 seconds in the 100 metres and Osei-Nketia’s team, which also includes power physiologist Angus Ross, are “pretty certain” he will become the first New Zealander to achieve the feat.

“He’s (Ross) pretty sure that he will do it and I think that he can do it,” Henley-Smith said.

“At the moment Eddie’s going through quite a strength phase and working on his power. We’re trying to work on his acceleration which we believe is where he will get the biggest gains at the moment.

“He is still young and he’s still learning his craft.”

Edward Osei-Nketia has been working with Ross since 2019, but has been training in Cambridge for the past month and a half to spend more time with him.

The recent lockdown has limited the time they have spent together, but they still talk most days.

Osei-Nketia was due to race this weekend, but will have to wait until Covid-19 restrictions ease in Waikato.

He will return to Canberra next month and will compete in Australia this summer as it is not currently practical to make frequent trans-Tasman trips.

Denial of responsibility! TechiLive.in is an automatic aggregator around the global media. All the content are available free on Internet. We have just arranged it in one platform for educational purpose only. In each content, the hyperlink to the primary source is specified. All trademarks belong to their rightful owners, all materials to their authors. If you are the owner of the content and do not want us to publish your materials on our website, please contact us by email – [email protected]. The content will be deleted within 24 hours.
AudioCurrent AffairsNewsnews updateOseiNketiaPodcastsPublic RadioRadio New Zealand
Share

Roasted Squash Is the Start of Something Beautiful

WhatsApp Now Rolling Out End-to-End Encrypted Cloud Backups: How to Use