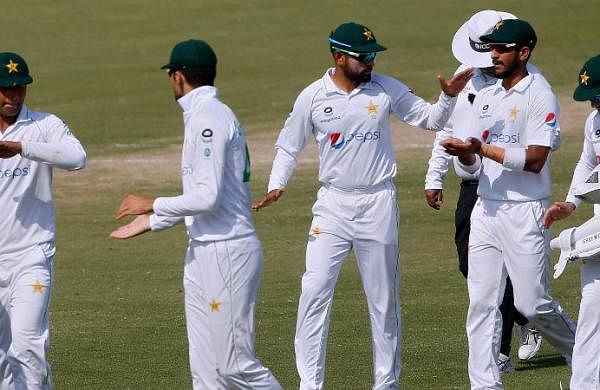 KARACHI: Pakistan will tour Bangladesh later this year for a Test and T20 series after a gap of five years.

The Pakistan Cricket Board on Tuesday confirmed that Pakistan would be playing two Test matches and three T20 internationals in Dhaka and Chattogram in November and December.

The Pakistan team will leave for Bangladesh immediately after the World T20 Cup in UAE which concludes on November 14.

The PCB said the tour is part of the Future Tours Programme and will commence with the T20I series, which will be staged at Dhaka’s Sher-e-Bangla National Cricket Stadium, on November 19.

The second and third T20Is will be played on November 20 and 22.

The two teams will then travel to Chattogram for the first of the two Tests at Zahur Ahmed Chowdhury Stadium from November 26-30.

This match will see the two sides face-off in the apex form of the game on Bangladeshi soil for the first time since May 2015, when Pakistan won the two-match series by completing a win in the final Test by a mammoth 328 runs.

The two teams will return to Dhaka to play the final Test, which will start from December 4.

The tests will be part of the ICC World Test Championship points table.

Cricket relations between Pakistan and Bangladesh boards have only recently normalized after years of tension and strife after Bangladesh twice pulled out of tours to Pakistan citing security concerns.

Denial of responsibility! TechiLive.in is an automatic aggregator around the global media. All the content are available free on Internet. We have just arranged it in one platform for educational purpose only. In each content, the hyperlink to the primary source is specified. All trademarks belong to their rightful owners, all materials to their authors. If you are the owner of the content and do not want us to publish your materials on our website, please contact us by email – [email protected]. The content will be deleted within 24 hours.
afterWorldBangaldesh vs PakistanBangladeshnews updatePakistanPakistan vs Bangladeshsports newssports update
0
Share

Wau, From the Laut Chef, Opens on the Upper West Side