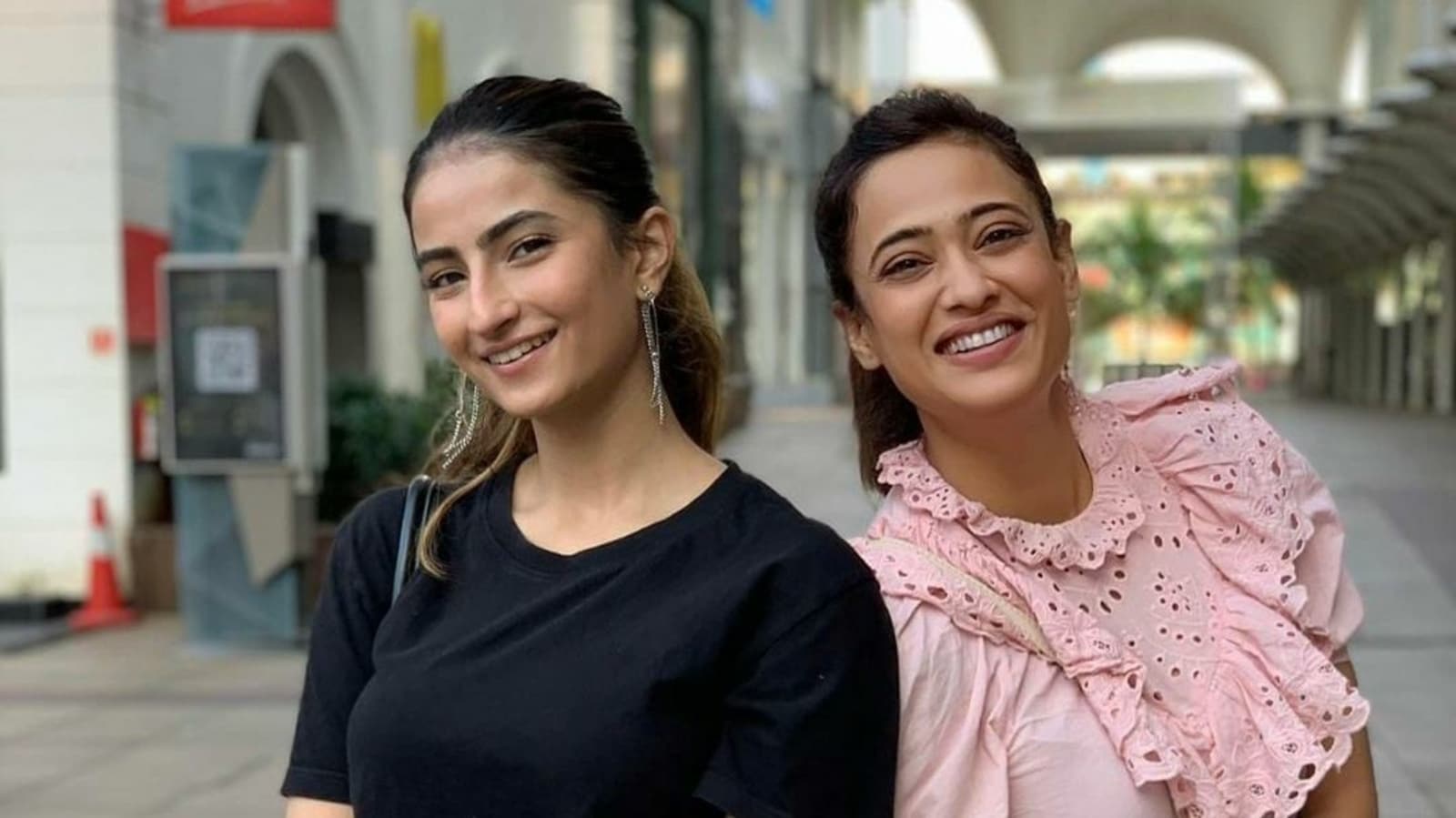 Palak Tiwari opens up on nepotism, asks ‘would it be fair’ if mom Shweta Tiwari ‘gave her daughter nothing’

Actor Palak Tiwari has waded into the nepotism debate, saying that parents work hard to make the lives of their children comfortable and added that it’s the right of the parents to provide for their children. In a new interview, she asked if it would be fair if parents like her mother, actor Shweta Tiwari, ‘gave her daughter nothing’. (Also Read | Palak Tiwari says she has seen mom Shweta Tiwari struggle in her marriages: ‘That’s not the kind of love I want’)

Palak has so far featured in a few music videos and is awaiting the release of her first film. Shweta Tiwari became famous after starring in Ekta Kapoor’s Kasautii Zindagii Kay. She featured in several television serials such as Parvarrish, Baal Veer, Begusarai and Mere Dad Ki Dulhan. She won the reality shows Bigg Boss 4 and Comedy Circus Ka Naya Daur.

In an interview with Bollywood Bubble, Palak said, “I believe that outsiders are marginalised and to a sense that is true, maybe sometimes they are overlooked. But you know there are equal cons I would say of being related to someone that has made it. More than anything else, just the pressure of living up to what they have created and the love that audiences have for them. I know, that no matter what I do, people will always think that my mom is better and that is something that I have never refuted in my life and I will never because she is better. I am a part of her. I am a much smaller part of her. So for me to grow where she is, it will take me a lot of time. But also, my mom had a lot of struggle in her life from a young age.”

She also added, “One thing that I just want to put out there, people may or may not accept it. People, who have worked so much just like my mom who came from nothing, next to nothing and she worked her way up. Would it be fair, if out of that, she gave her daughter nothing? All of that work of hers is gone in vain. Your parents do this so they can make a more comfortable life for their children. You think you are shaming the child, but you are shaming the parent. They have worked so hard. Unka haq banta hai ki woh apne baccho ko thoda provide karein (It’s their right to provide a little for their children). You can’t take that away from them.”

Palak featured in Bijlee Bijlee with singer Harrdy Sandhu. She is also a part of the latest music video Mangta Hai Kya with Aditya Seal. She will make her acting debut with Rosie: The Saffron Chapter sometime this year.

Denial of responsibility! TechiLive.in is an automatic aggregator around the global media. All the content are available free on Internet. We have just arranged it in one platform for educational purpose only. In each content, the hyperlink to the primary source is specified. All trademarks belong to their rightful owners, all materials to their authors. If you are the owner of the content and do not want us to publish your materials on our website, please contact us by email – [email protected]. The content will be deleted within 24 hours.
Asksdaughterentertainment newsEntertainment updatefairgaveMomnepotism
Share

Dr Michael Jordaan steps out from the shadows

Operating rooms are the climate change contributor no one’s talking about: Two surgeons-in-training suggest some sustainable solutions for their energy-intensive discipline.