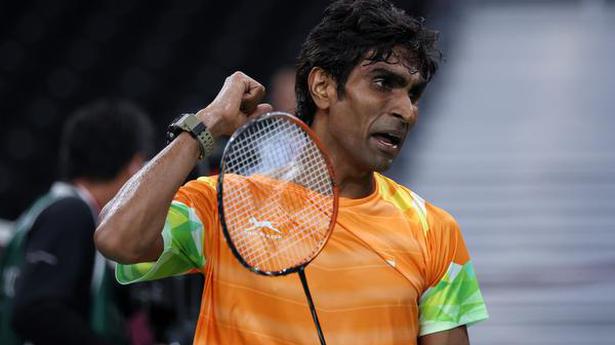 It was a “moment to cherish” for Pramod Bhagat who on Saturday clinched India’s first badminton gold in Paralympics and he attributed his win against Great Britain’s Daniel Bethell in the finals to a strategy that he devised after losing to the same opponent in the past.

With badminton making its debut at the Paralympics this year, Bhagat, the current world No. 1, thus became the first Indian to win a gold medal in the sport.

“This is a very proud moment for me. I’m representing the Indian badminton community and India as a whole,” Bhagat said after winning the gold.

“This is the first time that para badminton is appearing in the Paralympics and winning the first gold medal for India is a moment to cherish for me,” said the 33-year-old from Odisha.

Bhagat, who had contracted polio when he was 4 years old, thus avenged his loss to Bethell at the Japan Para Badminton International in November 2019.

“I played the same opponent in Japan two years ago and I lost. That was a learning opportunity for me.

“Today it was the same stadium and the same environment, and I devised a strategy to win. I was very determined.”

On his strategy, Bhagat said, “I just focused on playing the shuttle on each and every point rather than on winning the whole game. Every point was precious.”

Bhagat also remains in contention for a bronze medal in mixed doubles SL3-SU5 class. He and his partner Palak Kohli will square off against Japanese pair of Daisuke Fujihara and Akiko Sugino in the bronze medal play off on Sunday.

They had lost the semifinals 3-21 15-21 to Indonesian combination of Hary Susanto and Leani Ratri Oktila earlier in the day.

Denial of responsibility! TechiLive.in is an automatic aggregator around the global media. All the content are available free on Internet. We have just arranged it in one platform for educational purpose only. In each content, the hyperlink to the primary source is specified. All trademarks belong to their rightful owners, all materials to their authors. If you are the owner of the content and do not want us to publish your materials on our website, please contact us by email – [email protected]. The content will be deleted within 24 hours.
Loading...
BadmintonBhagatcherishgoldIndiaMomentnews updateParalympics
Share

Never seen someone hit the ball so hard: Stefanos Tsitsipas after loss to Carlos Alcaraz at US Open