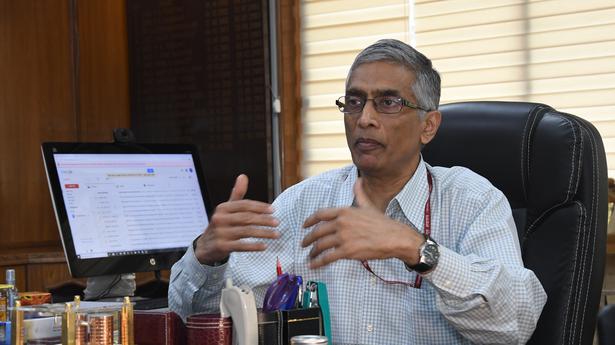 Mr. Iyer has been appointed the chief executive officer of Niti Aayog, after Amitabh Kant retires on June 30, for two years or until further orders, whichever is earlier, the order stated.

Mr. Iyer has been appointed the chief executive officer of Niti Aayog, after Amitabh Kant retires on June 30, for two years or until further orders, whichever is earlier, the order stated.

Former Drinking Water and Sanitation Secretary Parameswaran Iyer was on June 24 appointed the new CEO of Niti Aayog, according to a government order. He had resigned from the post in July last year.

Mr. Iyer, a 1981-batch IAS officer of Uttar Pradesh cadre and a well-known sanitation specialist, has been appointed the chief executive officer of Niti Aayog, after Amitabh Kant retires on June 30, for two years or until further orders, whichever is earlier, the order stated.

The Personnel Ministry order said Iyer’s appointment has been made on the same terms and conditions as were applicable for Mr. Kant. Mr. Iyer had taken voluntary retirement from the Indian Administrative Service in 2009. He had also worked as a senior rural water sanitation specialist at the United Nations.

Our code of editorial values

Denial of responsibility! TechiLive.in is an automatic aggregator around the global media. All the content are available free on Internet. We have just arranged it in one platform for educational purpose only. In each content, the hyperlink to the primary source is specified. All trademarks belong to their rightful owners, all materials to their authors. If you are the owner of the content and do not want us to publish your materials on our website, please contact us by email – [email protected]. The content will be deleted within 24 hours.
Aayogamitabh kantappointedbusiness newsBusiness updateCEODrinking Water and Sanitation SecretaryIyer
Share

CET-B.Ed exam to be held on July 6