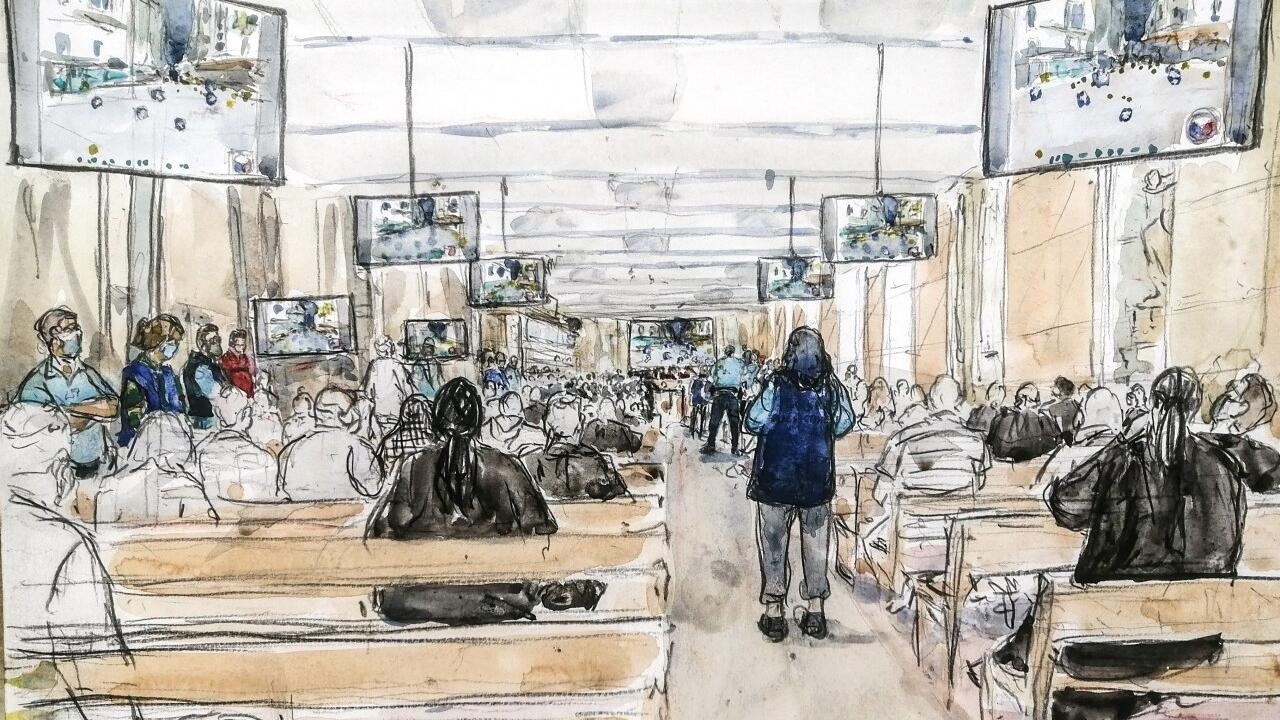 Survivors of the 2015 Islamic State massacre at the Bataclan concert hall in Paris on Wednesday told the trial being held over a night of bloodshed in the French capital they “played dead” on the ground for hours to avoid being shot.

A total of 130 people were killed in synchronised suicide bombings and mass shootings at venues across Paris on the night of November 13, 2015, including 90 rock fans watching US band Eagles of Death Metal perform at the Bataclan.

Twenty people are on trial over the bloodshed, including the sole surviving member of the IS cell behind the attacks, Salah Abdeslam. Most face life sentences if convicted.

Wednesday heard the harrowing accounts of some of those who survived the more than two-hour-long attack and hostage-taking at the Bataclan.

Irmine, 55, was the first to take the stand.

Irmine’s friend Fabian was among the first to be shot dead when three attackers burst into the venue and began spraying the crowd with automatic gunfire.

Irmine said she heard one of the assailants, who had “a rather high-pitched, almost child-like voice, shouting ‘France has no business being in Syria’ and then ‘I’ll kill the first person who moves’.”

Lying on the floor in the dark, she said she “wanted the ground to swallow me up.”

After “maybe half an hour”, she said she heard the Bataclan’s security chief order everyone to “leave quickly, they’re reloading their weapons”.

On the way out, she saw Fabian lying on the ground, recognisable only by “his raincoat, his legs and his shoes”.

Irmine said she tried in vain to drag his body out of the theatre.

She herself escaped with minor injuries.

“I was very lucky, the bullets just grazed my chest,” she said.

Helen, a 49-year-old American, testified in French about losing “the love of my life”, British boyfriend Nick Alexander.

When the shooting began, Nick, who was selling merchandise for Eagles of Death Metal, “grabs me, throws me to the ground and saves my life” but himself was shot.

“We hold each other’s hands and I tell him ‘I love you, I’m not leaving you’.”

After another salvo was fired, Helen felt a burning sensation in her legs and asked Nick if he had been hit too. He had.

“He starts telling me ‘I’m struggling to breathe” and then ‘I can no longer breathe’.”

“I take him in my arms and realise that we are lying in a pool of blood,” she said, sobbing.

Jean-Marc had just slipped out of the concert to smoke a cigarette when he found himself face-to-face with the gunmen.

“I saw people around me hit by the bullets, everyone started screaming and falling, either because they had been hit or were swept off their feet in the surge,” the 40-year-old told the court, his voice trembling.

Jean-Marc also fell to the ground, where he remained for the next two hours.

With his face pressed to the floor, he could not see the rest of the horror unfold, but could see the feet of one of the gunmen nearby.

“I felt the bullet casings fall on my head,” he said.

“We were completely powerless, not knowing whether we were going to be the next ones to take a bullet or not.

“It’s so inhuman, the aim was to leave permanent scars,” he said.

Cedric said he also “played dead” while the horror unfolded.

“I tried to melt into the floor,” the 41-year-old former delivery driver said.

“They were shooting at us like rabbits, whenever a phone rang or someone called out for help.”

Cedric’s right leg was crushed in the crowd, leaving him unable to run to this day.

He described his struggle with “survivor’s guilt” and with the images that continue to haunt him.

On the map of the concert hall shown on a big screen he pointed to various sites that remain etched in his memory, including the spot where a person lay dying while looking him straight in the eye and another where a person was drowning in their own blood.

Addressing Abdeslam and the other defendants in the dock, he asked: “You gentlemen who have waged jihad, have you seen people die staring you in the eye?

“You attacked us but we are innocent and unarmed. You are angry with a state, but why are you angry with us?”

Denial of responsibility! TechiLive.in is an automatic aggregator around the global media. All the content are available free on Internet. We have just arranged it in one platform for educational purpose only. In each content, the hyperlink to the primary source is specified. All trademarks belong to their rightful owners, all materials to their authors. If you are the owner of the content and do not want us to publish your materials on our website, please contact us by email – [email protected]. The content will be deleted within 24 hours.
attackBataclanDeadEuropeFranceHealth newsHealth updatehorror
Share

Ed Sheeran teams up with Elton John for Christmas single